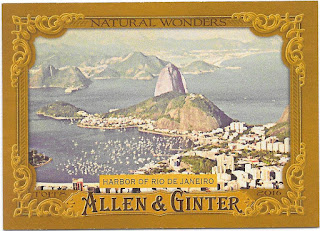 This blaster has done a nice job of hitting above it's weight class as it were. A second Natural Wonders insert. I have never been to Rio, but this is as picturesque as I have seen it other places.

The golden border is a nice change having opened a few packs now as well. 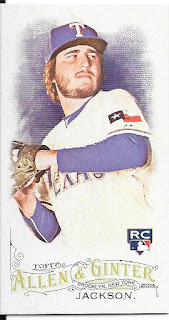 Jackson, at the time of the card, had only been in about a dozen games for Texas, but has since made his way to Atlanta, and has been more regular in their team (averaging about 40 appearances to pitch for them each of the last two seasons). 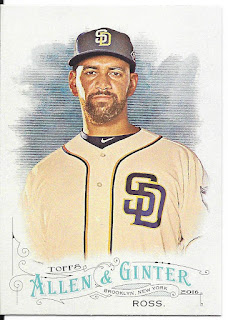 Another short print base card and the rest of the base...

I like Jim Rice, but that look on his face, he looks more like someone holding a bat looking to smash intruders to his home or something...yeah....it's late April and the tiredness of work is very much getting to me....lol.

I don't know Schirripa for much other than that he was on the Sopranos (which I never got into watching somehow - it is a type of show which should be up my alley, but I think timing didn't work for when it was on, but maybe I should binge watch it now...).