Another day and unfortunately another bunch of base dupes... 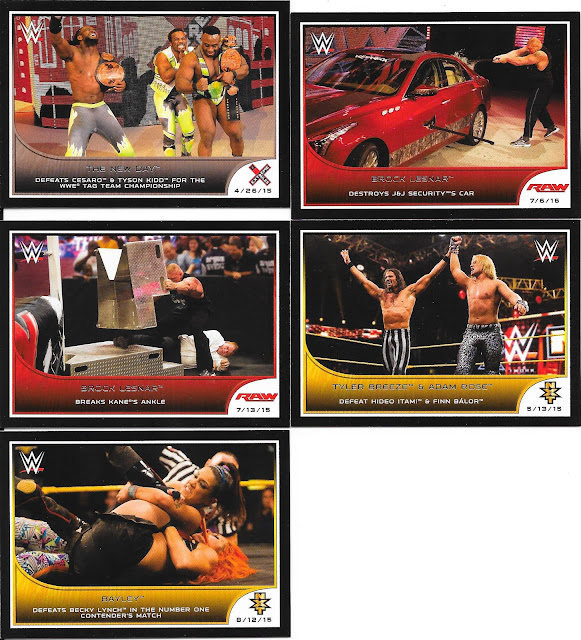 Heavy on the horizontal today. Also a double shot of Lesnar.

I did get my one in every six pack Rock Tribute card in this pack though... 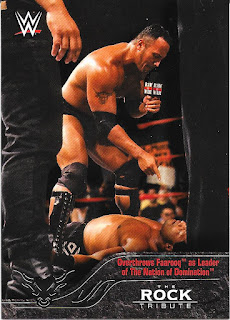 Happen to luck out as one of the ten available tribute cards have an error, and this is the one. In the write up on the back, it mentions the RAW after Wrestlemania being Wrestlemania 13 when it should have read Wrestlemania XIV (14). A small difference in typing, but a huge difference of a year when you are dealing with a set which is based around the history of events.

For context - this was where The Rock laid out Farooq (Ron Simmons) and took over as leader of the Nation of Domination. Really stepping up and into his own, a key moment in his growth as a character. 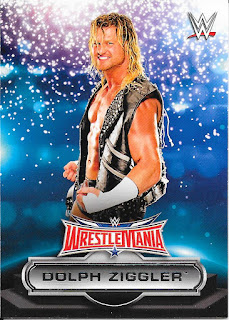 We end with another new for me Wrestlemania roster insert, of an underrated star. I can't speak to the actual ongoings behind the scene, but I gather Dolph is a great company man. He seems willing to do most anything, does a great job elevating talent, doesn't seem to need the title to be over (possible could help a wee bit maybe). A reason he has been with them for over a decade I guess.