Another 15 card hockey pack from the dollar store today, and it has not one but two  Leafs showing, so I have that at least! 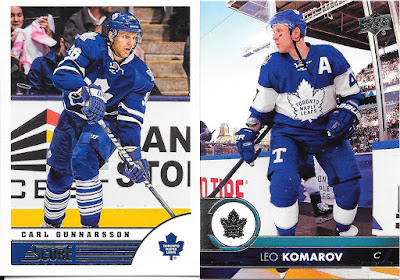 They may not be new, but I'll take two in a 15 card pack anytime. 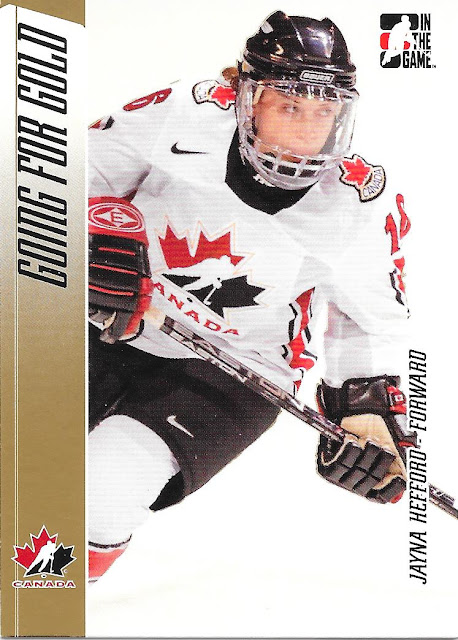 I have four of these Women's team inserts, all of which came from these Dollarama repacks. Maybe I should just pick up another 20 or so and see if I can complete the set. 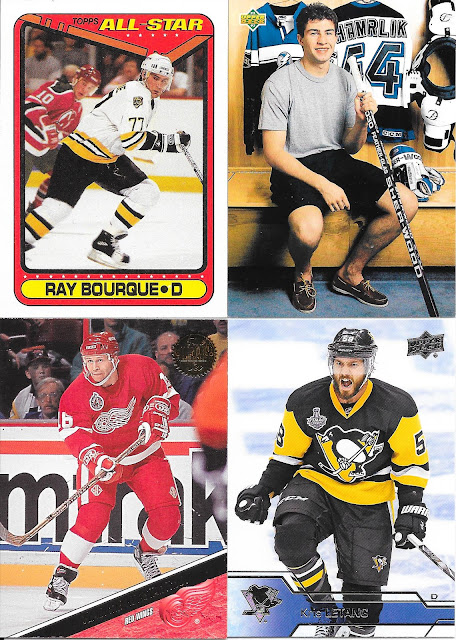 A good pack even jut for the number of keepers I pulled - almost half the pack worth keeping - nice! I like the Hamrlik - reminds me of the early 90s Studio baseball set which has lockers put in the background - except this one isn't put in after the fact. 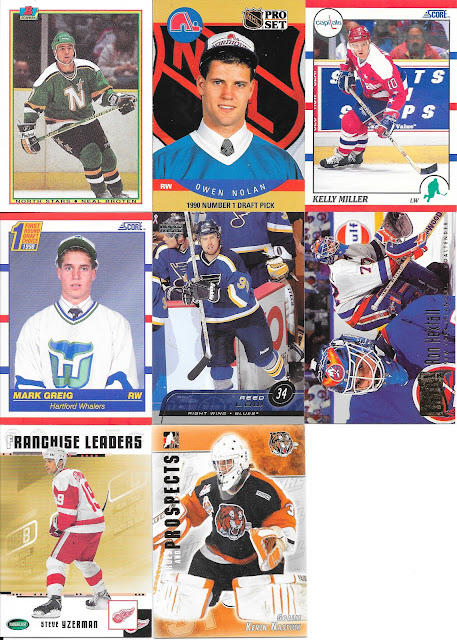 Stevie Y out of Original 6 Parkhurst - definitely a great set, and I wouldn't mind getting more of the Toronto Original 6 set.

Not too shabby a pack today.

Know what else guarantees getting a couple Leafs? An awesome little PWE trade. This one is with TCDB member CardDad78. 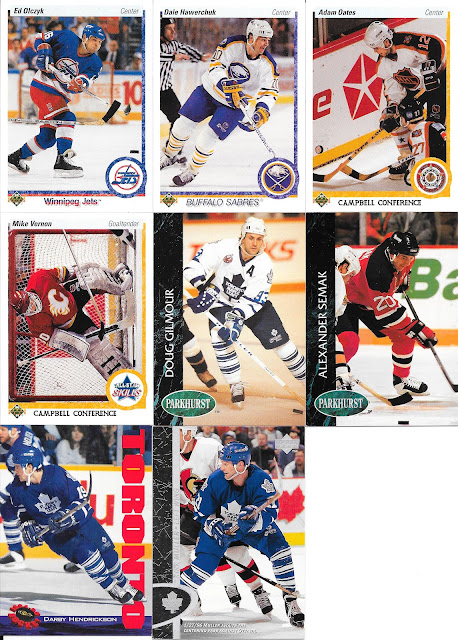 A couple early 90s sets which get a few cards knocked off the list, and some random needed Leafs.

We then end with about the only way I seem to get newer Leafs (by trade)...

I miss Kadri in a Leaf uniform - especially since it now really dates the signed jersey of his that I have.
Posted by CrazieJoe at 8:00 AM