Moving ahead to look behind

Last pack from the Championship repack box today. It's been a fair box - nothing spectacular but what you would expect, so today's find pack is 2017 Topps Series 1 - a move ahead, but the first card out provides a look back. 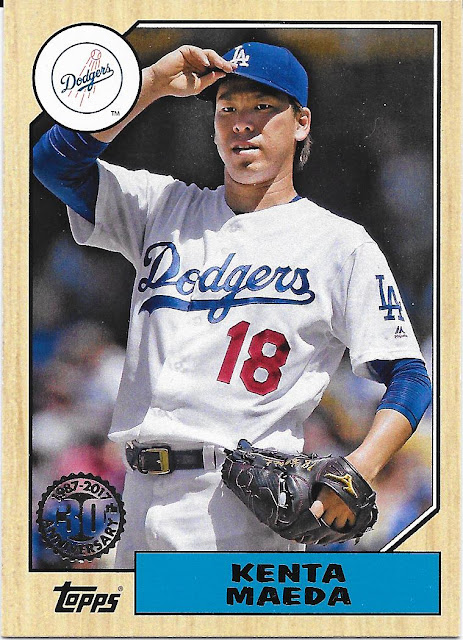 I am a fan of the 1987 design, and this one is a nice take on it. The colouring here is much lighter on the border, which is about my only complaint for it really. I could do without the foil stamp, but it doesn't take away from this card at all.

I also give marks for the comment on the back which talks about Kenta's debut while tying in Orel Hershiser  being a broadcaster and commenting on it, as well as then Orel's being a star pitcher back in 1987.

Can always get behind material actually tying together!

Also can get behind a pack which contains all keepers from a set I don't have much of, but as a flagship set of recent days, I wouldn't mind completing. 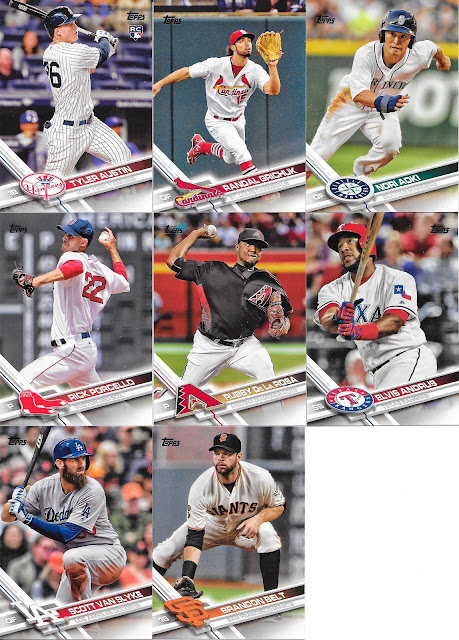 Okay, as much as I am not a fan of the Yanks (which includes pretty much everyone who lives outside the New York area, and those within who are Mets fans), the team card is pretty awesome.

Not a real surprise that repacks will likely be hard pressed to luck out and score too high now, with some of the packs being ones I don't collect - so basically needing a solid hit to have any shot of a good score, but fair enough in cards and collecting.
Posted by CrazieJoe at 8:00 AM