Today we have a repack from Dollarama of Magic cards - half today half tomorrow, 100 cards and hopefully a bunch of artifact cards for my collection. Simple as that today.

Well, not so nice though. 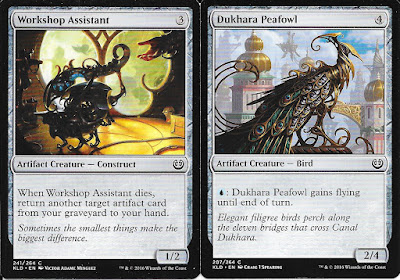 A little sparse on the artifacts with just a couple common cards. 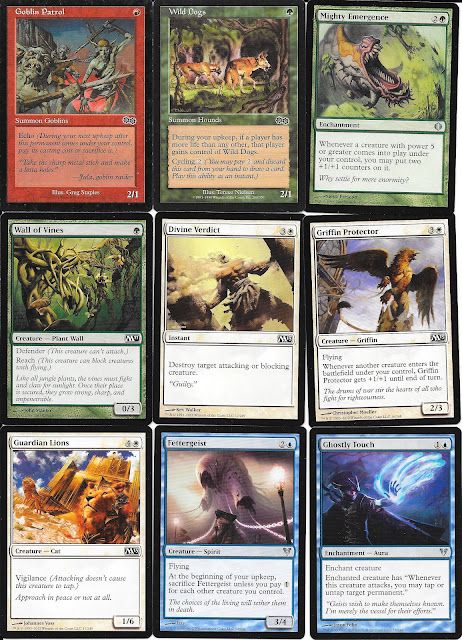 Nice to strech all the way back to Urga's Saga which was out back when I was still playing in the 90s. 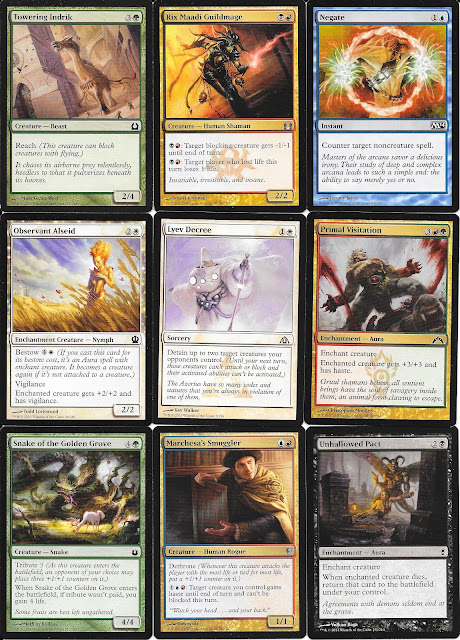 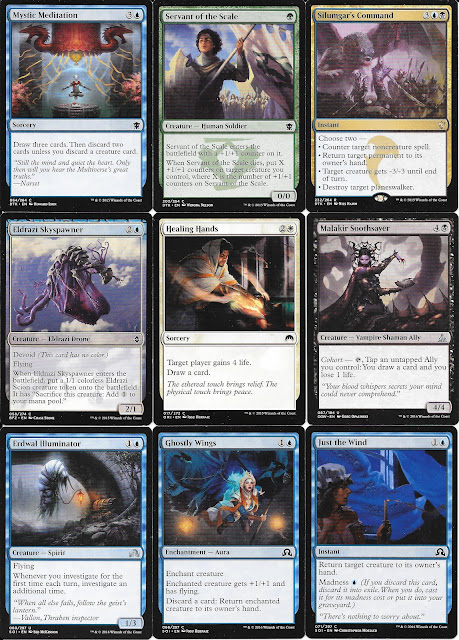 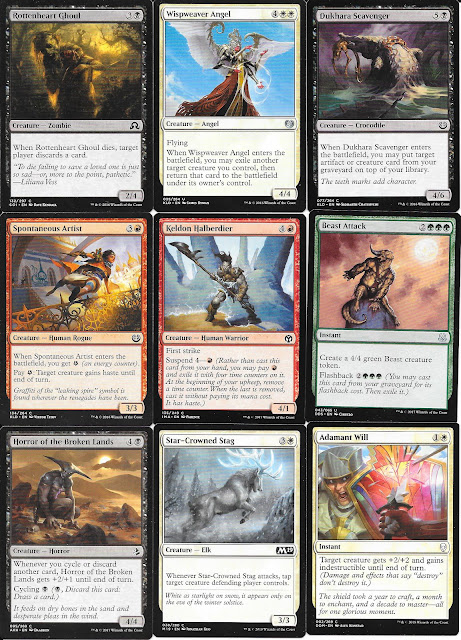 The Wispweaver Angel reminds me very much of the old Serra Angel from the mid-90s. 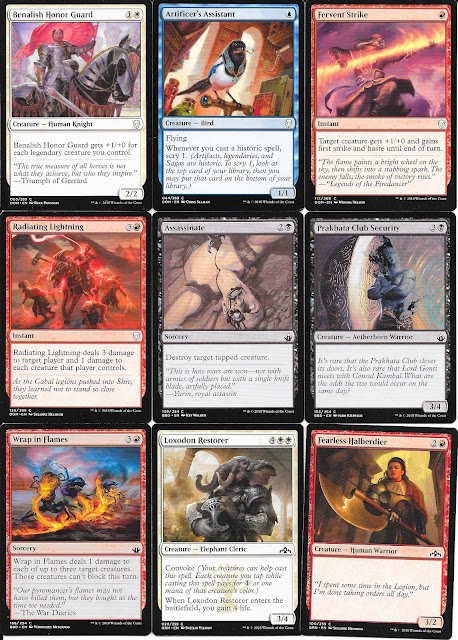 Overall a bit heavier on the newer sets than other packs like this I have picked up before, which isn't necessarily a bad thing, but doesn't really help with the fact there isn't much by way of artifacts.

Hopefully tomorrow would be a bit better.
Posted by CrazieJoe at 8:00 AM