Going on a bender

So yesterday, I opened this gems of the game box, and I mentioned the 2017 series 2 pack had a rip in the back. That's the pack I am opening today, and I am a bit disappointed.

Before even looking at the cards, I noticed they all generally have a bit of a bend to them. Not sure if the pack got a bit crushed or otherwise damaged, but the cards are a little banged up. It's disappointing because for new cards, they shouldn't be, but luckily I don't have too much worry about condition...still.... 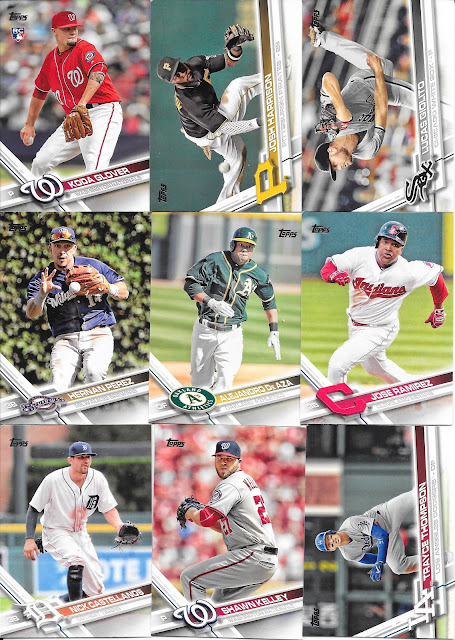 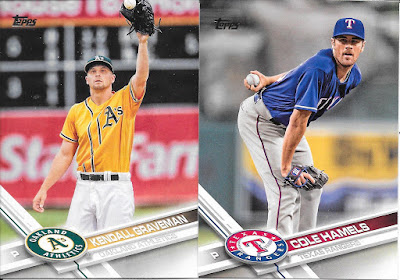 All of the base are new adds to me and being kept as I have 2017 Topps flagship on my collecting list.

My favourite pic from the bunch, is of course the card that is the most damaged and bent from the bunch, though you can't really see it in the scan - Hernan Perez. The background makes the card...yeah, and makes it clear where the photo was taken.

I did get one insert in the pack as well... 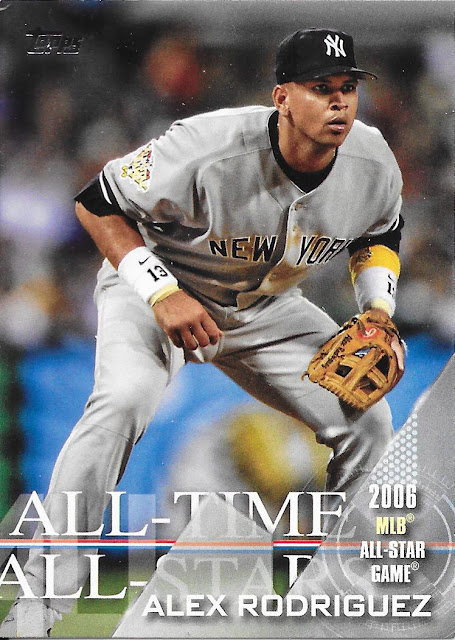 The All Time All Stars are one every four packs, so not too uncommon, and A-Rod is an OK [ick up...a Yank, go figure...

Also today, wanted to share a trade with TCDB member AirPete. We have traded before, and always a good trade partner. Today, he knocked off almost half my 1989 Donruss needs. I know - should be a set I just buy locally for $10, but set building and trading is fun in itself. 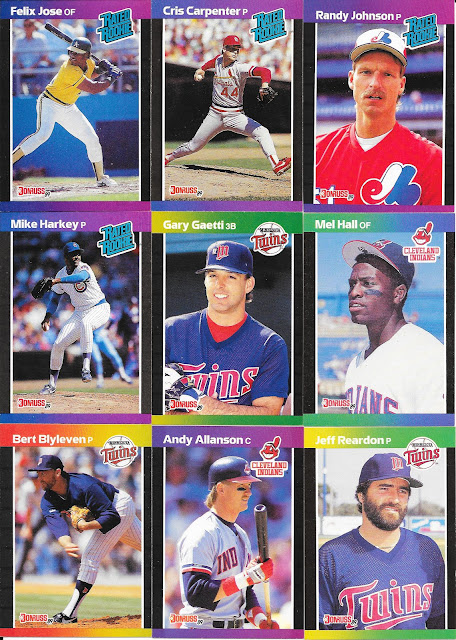 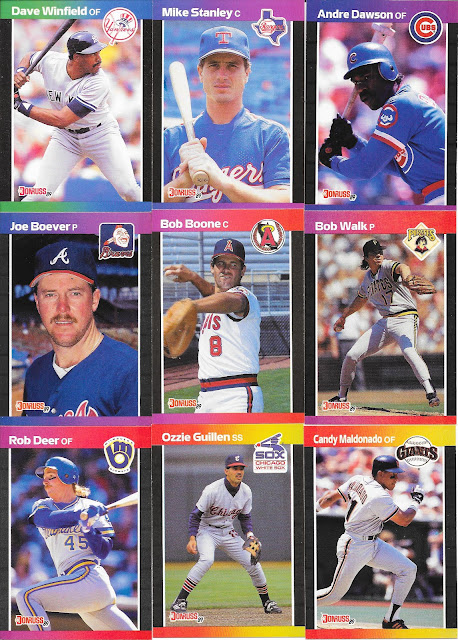 Always have a soft spot for Andre Dawson, and some pre-Jays in Winfield and Maldonado. 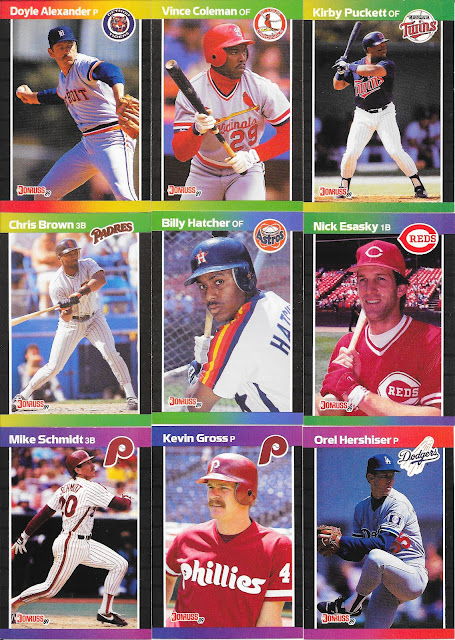 Sad to have Kirby gone so young and after the issues he had. He would definitely have been one of those guys that could have done well on the pre-game MLB show circuit. 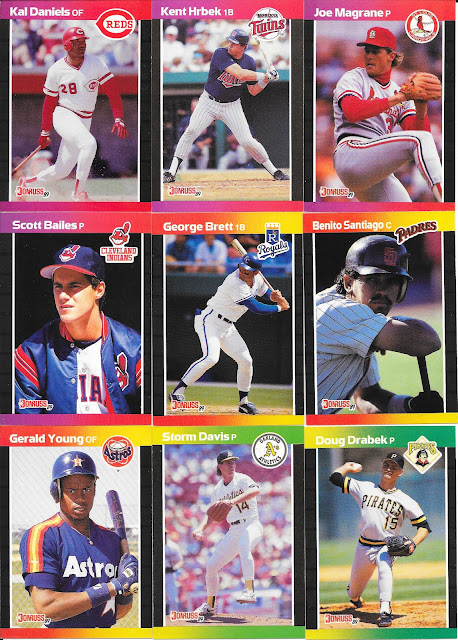 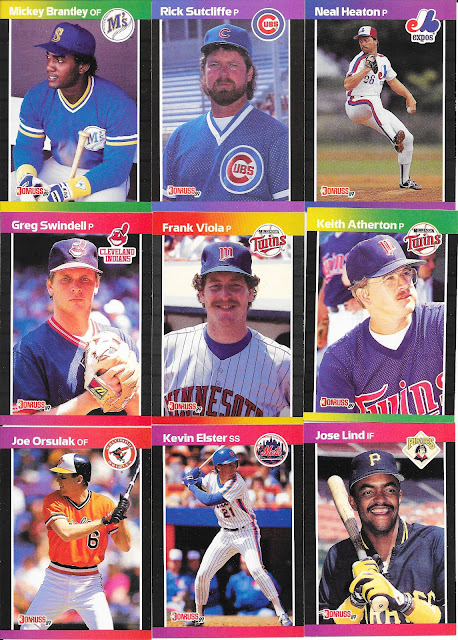 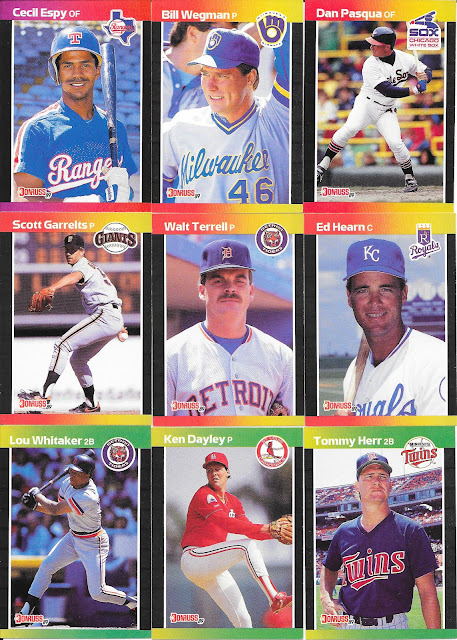 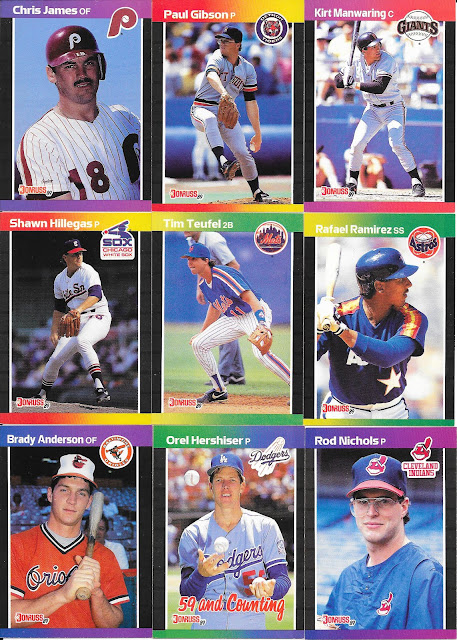 So with this trade, I am under 100 missing cards now for the set. Probably not finishing this year, but should be on the docket for 2020.

Lastly, a PIF (pay it forward) received unexpectedly from althib on TCDB... 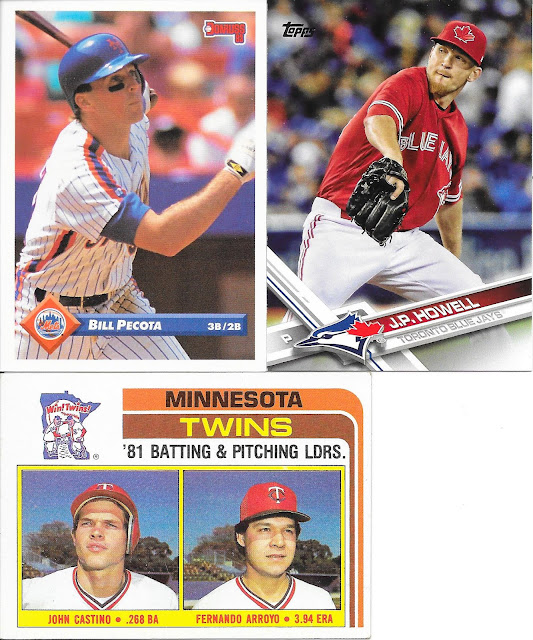 Three cards for three reasons - a card addition to the 1993 Donruss build (almost done with Series 1, barely started on Series 2), the 1982 Topps build, and a Jay need in a nice Canadian red jersey.

Always appreciated and I do plan to get some PIFs together myself and sent out before the end of this year.
Posted by CrazieJoe at 8:00 AM