Every card is not alright

2014 Topps Opening Day isn't a set on my collecting list, so this isn't the end of the world to me, but I mentioned that the pack was sliced open down the side. I had thought there was no damage to the actual cards - oops. 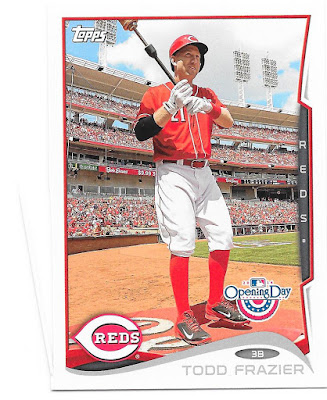 A bit hard to see on the scan (I should have put a coloured page behind to pick it up), but a sliver of the card is about to come off on the left there. Well, this goes into the packing material pile...

I do question the quality of the packs going into these repacks though, when I have had an issue with a couple packs the last coupe times.

So, since I don't collect the set itself, the only keeper is the following (which fall every five packs): 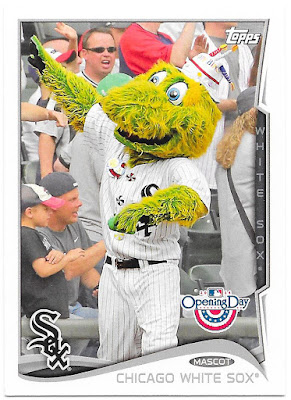 Mascot cards always get a thumbs up from me as I really enjoy these insert sets. Mascots need card love too (as do stadiums, but I would probably draw the line at cards for umpires). 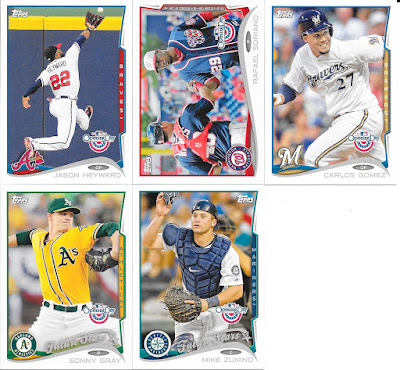 Can't complain about the photography given these examples, especially the Heyward which is a magnificent shot before (one would presume).