A Hull of A Pack and PWE 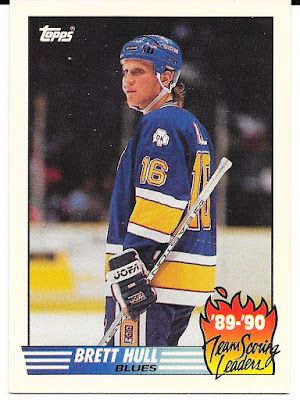 Well, good news is this is one of the Scoring Leader insert cards I needed, and Brett's a good one to pick up. 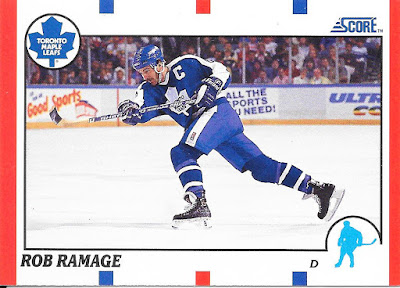 This half pack also provided a single Leaf card which makes for copy number three of Mr. Ramage. WIll say the design at least makes sense being horizontal given the pose, so done well in that regard. 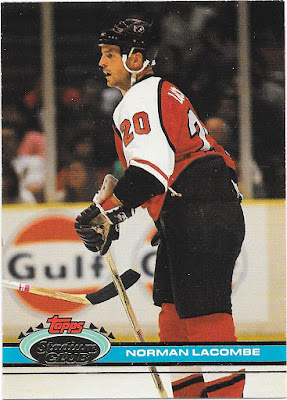 A needed Stadium Club card out of 1991-92 for the error binder - name was Normand but Stadium Club dropped the d. 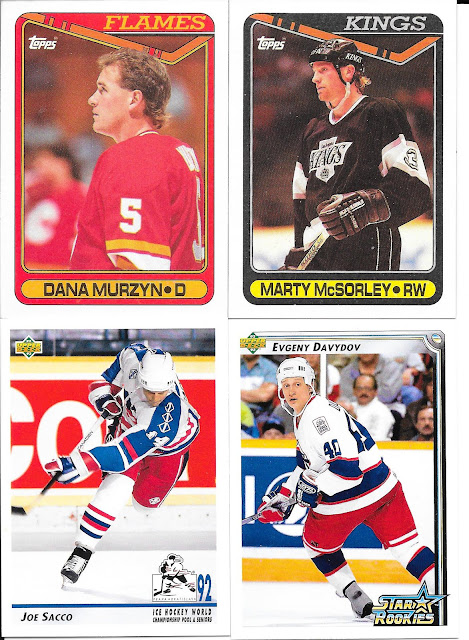 Similar to the first half, less than a handful of keepers otherwise, and again, similar sets being early 90s Topps and Upper Deck. 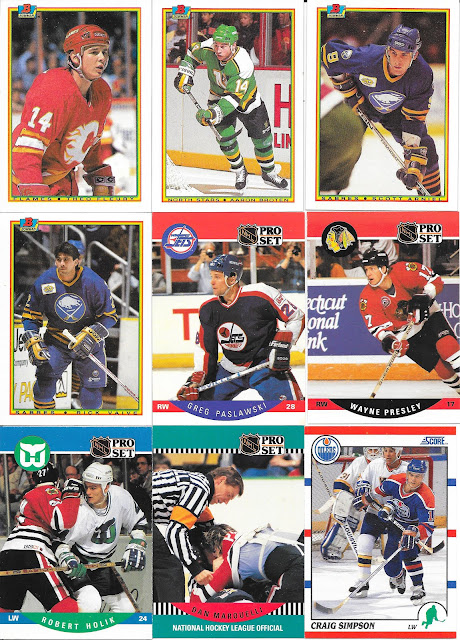 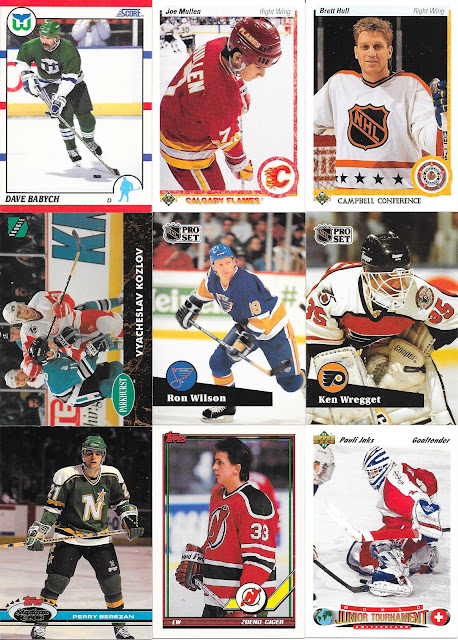 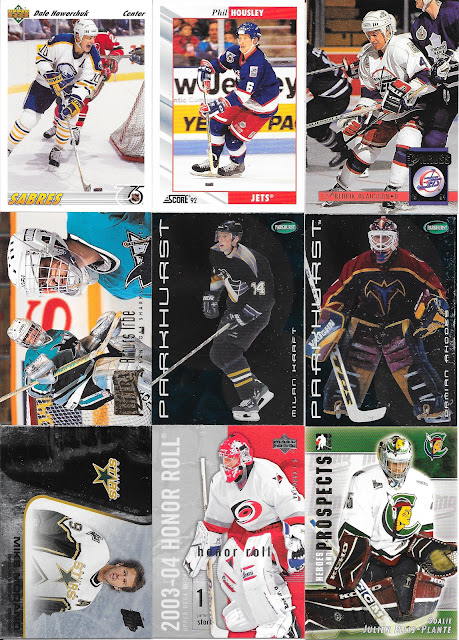 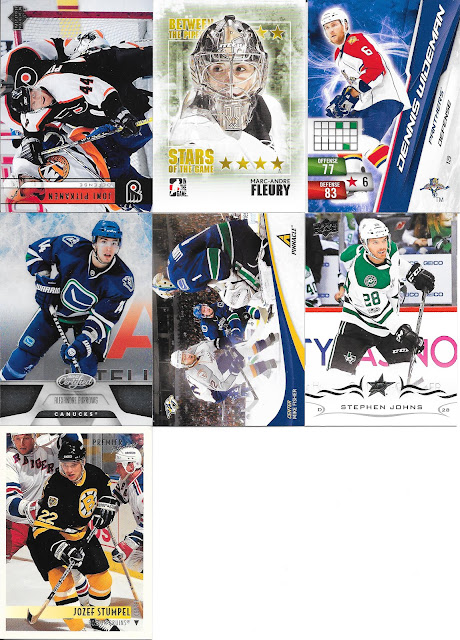 A second Brett Hull card in there to make it a nice two Brett Hull hit half. The Wideman is a card, as this introduces me to Panini Adrenalyn which is a card game of sorts. I know nothing more than that, as I am not really interested, but it is something I hadn't seen at all before, so the pack gave me that, if nothing else.

I am going to stick with the sentiment of yesterday - probably not picking up another hockey one for a bit as the baseball still seem to provide more bang for my buck in set building.

Speaking of building, I got my PWE in a trade with TCDB member MMehler30 the other day, and it sure helped with my 2019 Topps Update Jays needs. 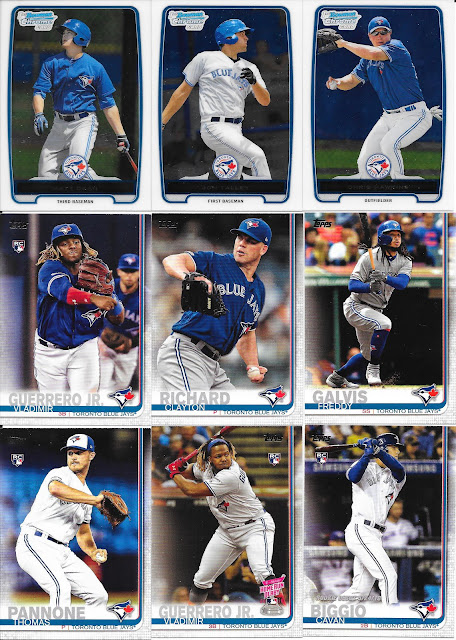 The Bowman Chrome are nice, but getting a couple more Vlad Jr. rookie cards is pretty darn nice. Here is an interesting stat - with 2019 being his rookie season, Vlad already has 2,159 cards listed on TCDB (of which I have 3, well 4 with one being a dupe). For comparison, Sandy Koufax has 3,195 cards listed.

Yeah - too many parallels and inserts these days indeed. I do really like having the few I do though, don't get me wrong, and thank you for the trade MMehler30.
Posted by CrazieJoe at 8:00 AM