Half a hockey half and half

First of two days in breaking through another 80 hockey cards from Dollarama, and I'll start with the card that had me pick up the pack, and it isn't even a Leaf. 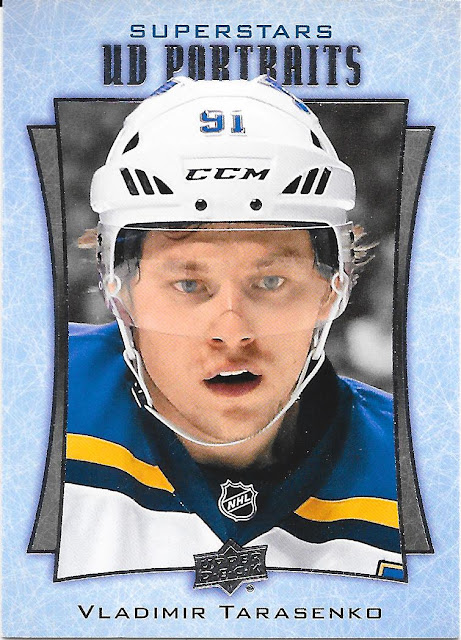 It may be the Toronto blue influence as to why I like the look of these UD Portrait inserts, but I like what I like, and it was enough to pick up this repack, but it also wasn't the only insert card. Sometimes they can be plentiful, other times not so much, but this one was decent. 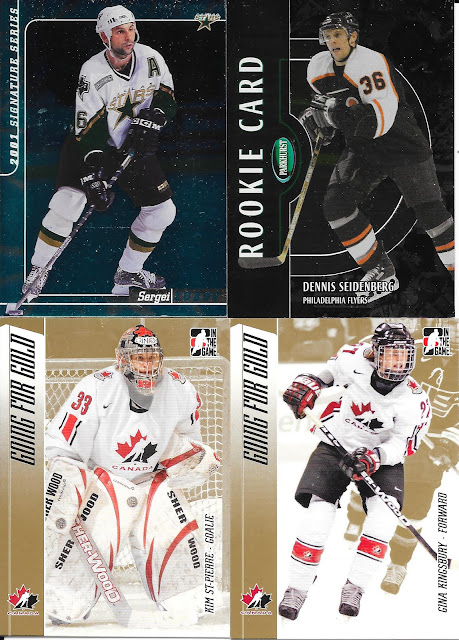 So the top cards seem to fall into the "SN cards that are missing the SN" variety. I hate trying to tell the difference between cards, especially shiny ones, because online and scans are difficult for me to tell the difference in colours sometimes (part of the whole legally blind problem of mine). That said, I am pretty darn sure this is an Emerald parallel, if for no other reason than process of elimination (talking about the Zubov). The base cards appear grey/light black, and the other colours, no matter the name, are blue and red. Then you get into Expo specific stamping and colours, but none that appear in the range of "green".

The cool part - if it is emerald, those are supposed to be SN to 10.

Combine these with a couple more Going For Gold Women's Team inserts, and this is a pretty awesome half pack just based on these pickups. 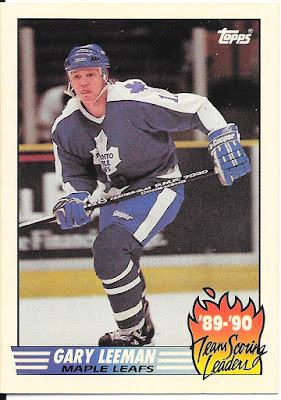 This is the sole Leaf in the half, but at least it was more than just a base card, though not a new one for me.

With a reduced number of sets I am working on, the keepers otherwise are much lower than they would have been. 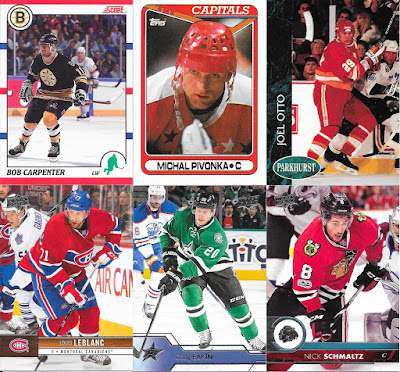 Simply put, junk wax, and a few from the newer Upper Deck sets. I haven't added 2018-19 Upper Deck (the flagship set) to the list of sets I am working on, as I would rather not add more recent stuff right now as there are plenty for me to work on as it is, but also because the design isn't one that draws me greatly.

We finish up with all the trade bait... 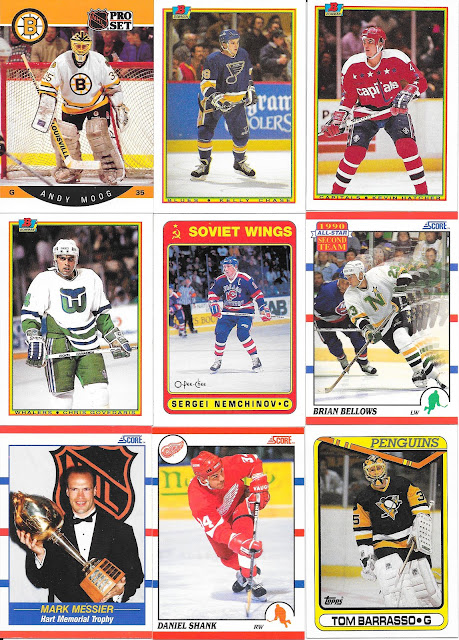 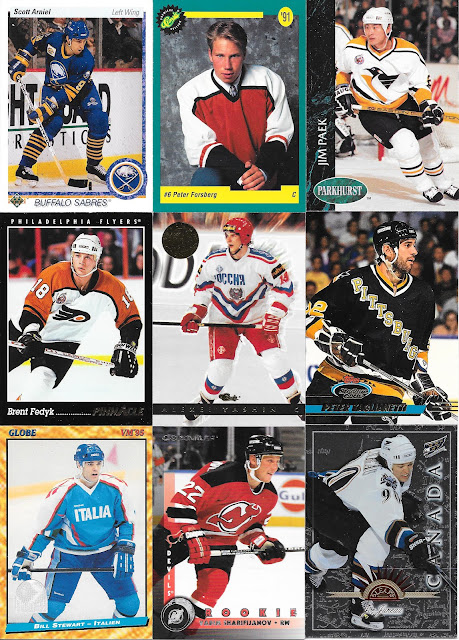 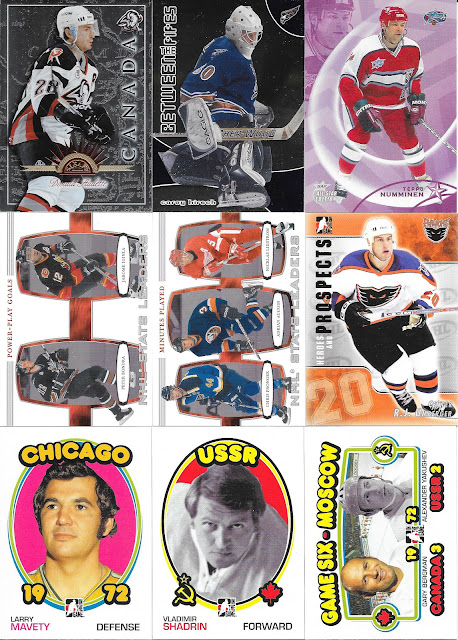 Some quick thoughts on this...

- I don't like pre-NHL cards, but the Forsberg is pretty nice
- I think this is the first Globe set hockey card I have ever had - Bill Stewart
- Thought the Leaf "Canada" cards may be an insert, but learned they did an International set for 1997-98
- Interesting 1972 retro set from In The Game circa 2009 - hadn't seen this before
- Nice to see 2018-19 SP Authentic represented already

The other half tomorrow!
Posted by CrazieJoe at 8:00 AM