I have an idea of what I am going to be going through for the rest of this month, and I have December all planned out, which means today, I start the final box for opening for 2019. 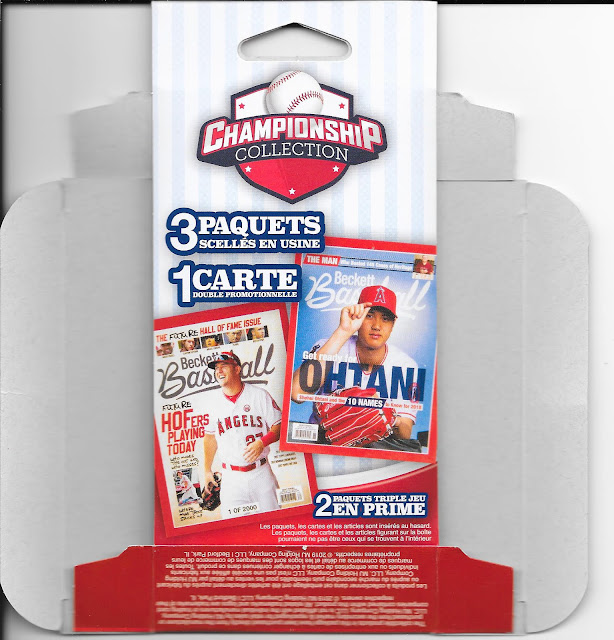 A last repack box from Walmart. I scanned the back instead of the front because... 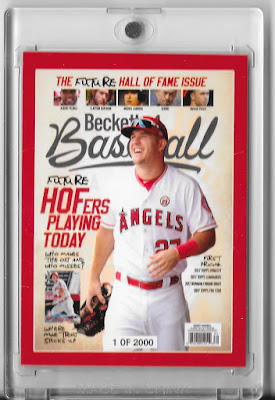 I wanted to show that sometimes there is truth in advertising. You don't usually end up with what is on the packaging with these things, but here you are - the Beckett card shown on the package. Actually, the front of the card is the Ohtani - so the box shows the back and front of this card. 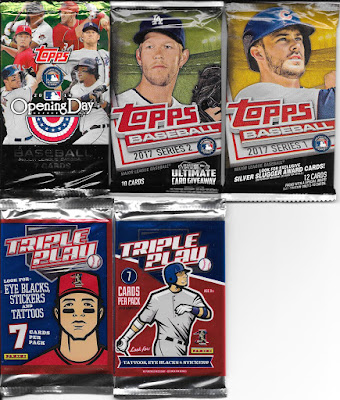 At least this works out as the 2017 series 2 pack here isn't damaged like the last one, so I get to put that pack aside for the pack collection.

Speaking of damage, the Opening Day pack actually had a rip down the side - cards look fine, but I might have to reconsider buying these boxes if the packs themselves can't even be on sealed condition. 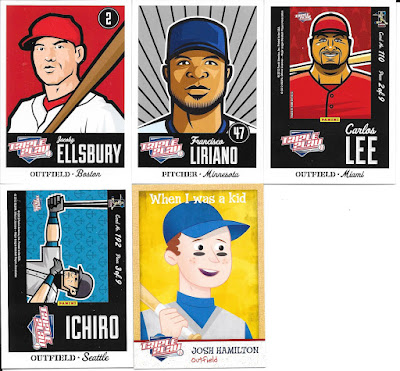 Keepers are keepers I guess, even if they look like Saturday morning cartoon show sketches. Looking at you there Josh Hamilton....were you on that Recess cartoon a while back? 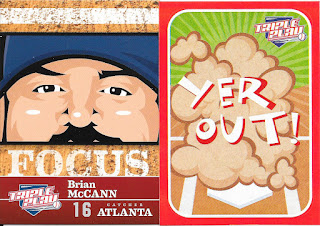 Has anyone ever wanted a sticker that simply says "yer out"? 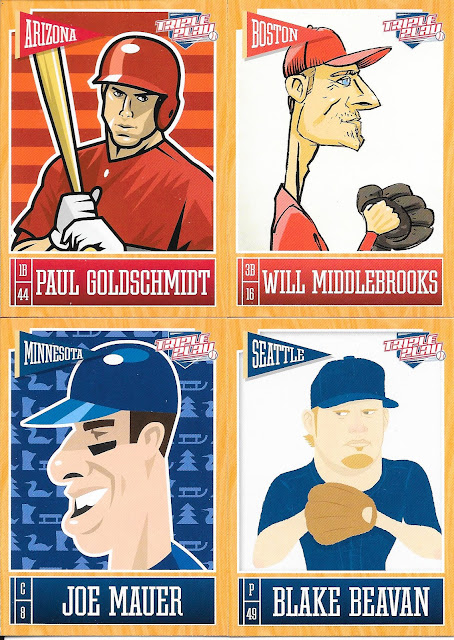 I was going to call these more base card wants - but I still can't say I really want them as much as them being base cards I didn't have yet.

At least the inserts are new to me as well, along with the Strasburg short print - I can't believe they actually have short prints in this thing.

At least the All Star inserts have a decent enough design. If I was so inclined, I could see making a custom set with replacement pictures on these.