Sometimes sets just bring something specific to memory. Sometimes it has something to do with the sport or collecting, other times, it is completely random.

So what does it remind me of? The song Silver by Moist. The song itself was recorded in 1994 I believe, but music wasn't something I got into until 1996 or so, and Moist was a band I heard a bit on MuchMusic, and I picked up a couple of their CDs in the late 90s too.

It has nothing to do with the set, other than the name silver, but sometimes that random way is just how my mind works. 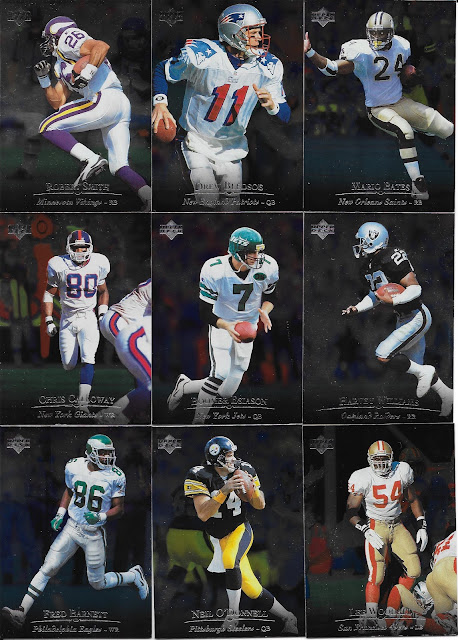 Of course the set itself, scans quite dark due to the light chrome-like fronts. I amguessing this was probably meant to be a slightly upscale set compared to the regular Upper Deck flagship set for the year. 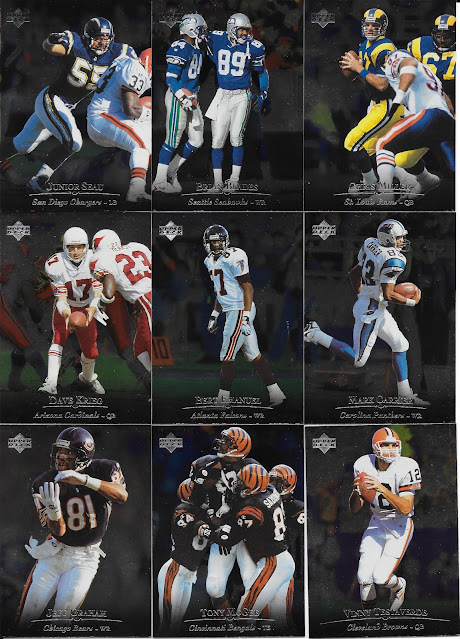 It does let the players stand out tremendously, I have to admit. 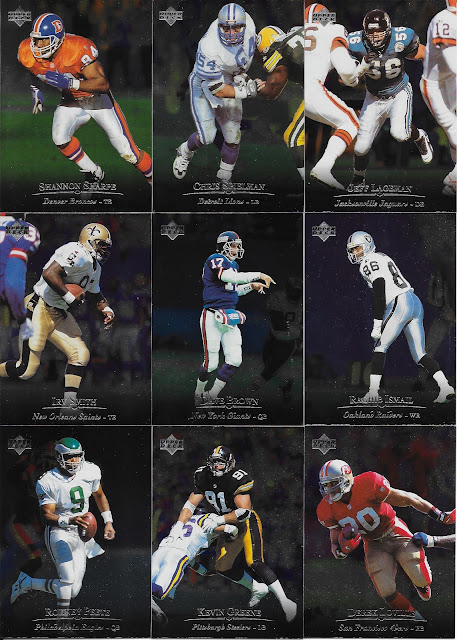 I think Kevin Greene appeared just the other day, and here we have him again. Must want to ensure I mention again his importance in wrestling in the 90s with WCW. 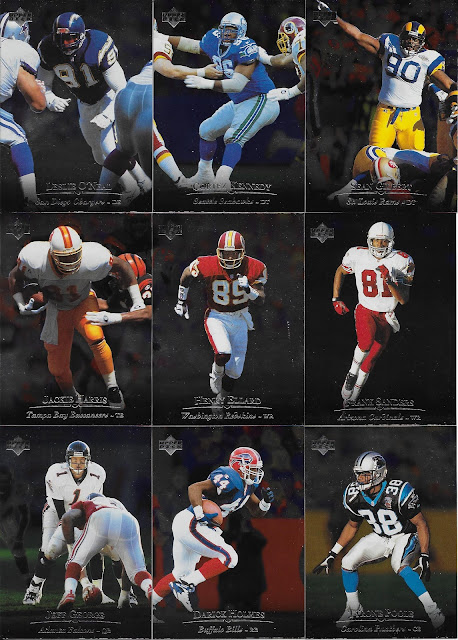 Interesting that it seems the players as a whole stand out - maybe they should hav made it solely the player on the card and darken the background and the other players. Small thought.
Either way, a few dupes to go with everything else today, and that wraps it. The set itself is 225. I don't think there will be that much in the lot, but you never know. 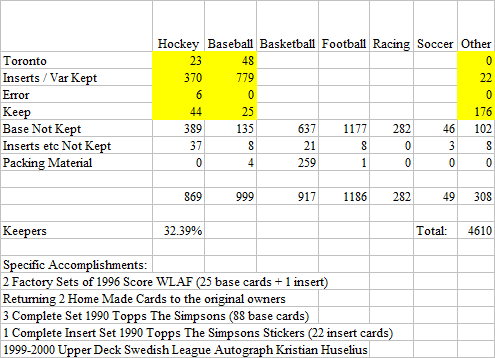 Let's end today with a bit of an expensive buy. As I have mentioned here, I am trying to slowly fill as much of my unopened Magic The Gathering Booster collection as I can. There are some packs (more than there were a few months ago), that I just won't put the money out for. I have a hard time spending hundred of dollars on single packs of cards, even for investing/collecting purposes.
I am splurging a little more on the hobby than I did a year ago as we have paid off our mortgage, and so, I feel okay putting a little of the monthly savings into the hobby.
So here we have a few more new packs... 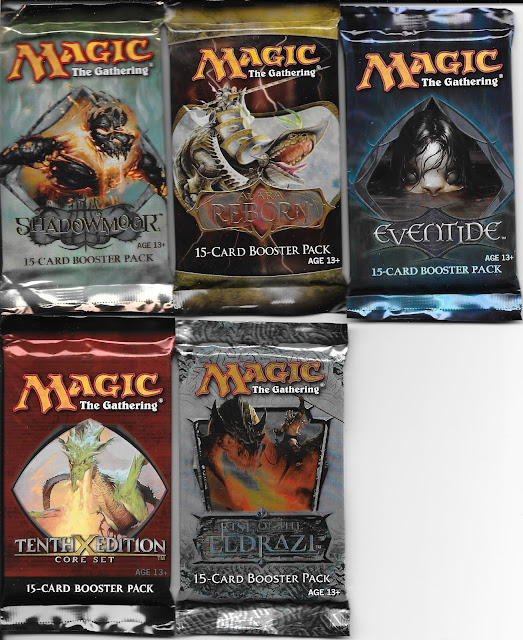 Before these packs, I had every booster set covered from current back to May 2010. With these additions, I pushed it back, and now have everything from July 2006 to current. That Eventide pack is all kinds of awesome freaky!
Overall, I am still missing 23 sets - but if I can pull the somewhat expensive trigger, I can cut out close to half of those....we shall see.
Posted by CrazieJoe at 8:00 AM