Digging back into the lot today, and just a lot of hockey, and happily, relevant sets too.

First up, a bunch of keepers from a set I saw a lot of in the Santa Lot. 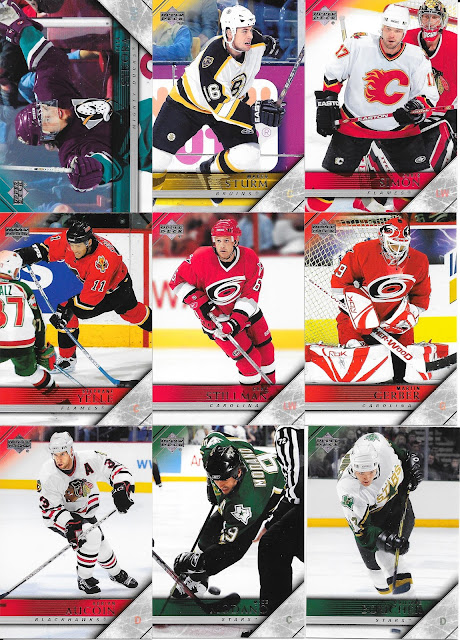 2005-06 Upper Deck is a fine enough set. I think the front design work is a bit bigger than it needed to be - I mean it's a lot of real estate there for the position. A small complaint, but otherwise some fine photo work. 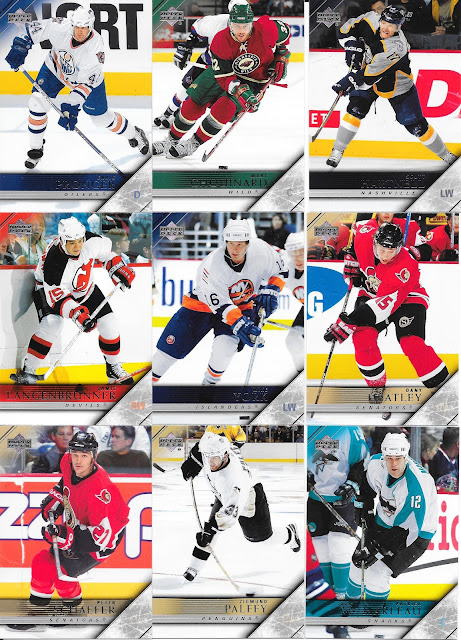 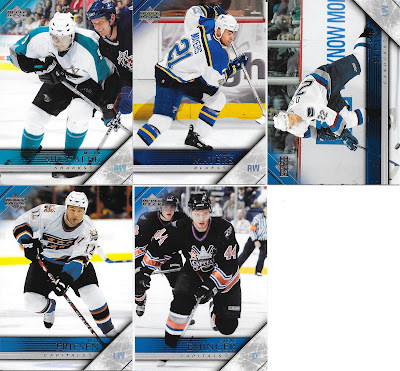 I believe the Santa Lot provided more heavily on the first series side of the 487 card set, while these are all second series, so happily needed most of them.
Leafs content was influenced by the set of course as well.

When you do close up on ice skating photos, these can look a bit similar like the couple here, but still nice photos, even if not original. I needed copies of both of these given the need for copies for a set and for the team set, so solid there. as for the Vicotry Domi, saw about 75% of the base set come out of this lot earlier, so more is great if I can close the remaining needs.
Speaking of 2005-06 Upper Deck Victory... 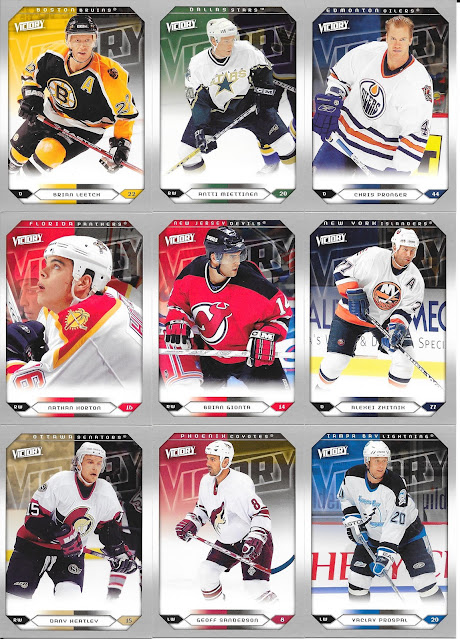 A sweet bunch of inserts since these are all Victory Update cards. It's a 100 card insert set, so don't figure I will see all of them, but inserts are inserts! 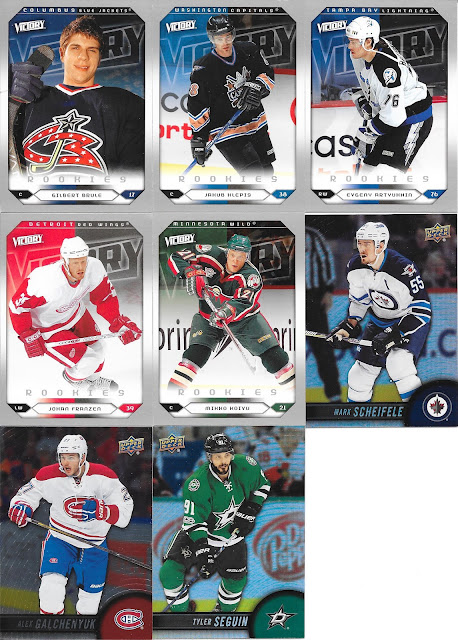 Franzen and Koivu are some nice rookie pick ups, and to get a few Tim Horton base cards from recent years that are new, is solid too!
As for dupes... 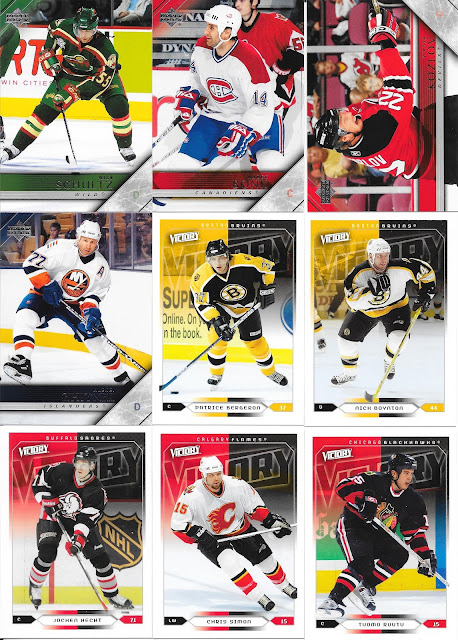 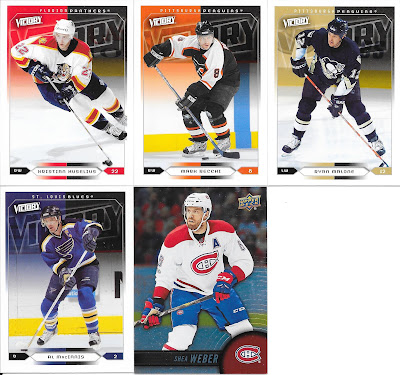 Unfortunately no new base cards for me out of the 2005-06 Upper Deck Victory ones here, but as I say, does leave hope I can see some more of them, including ones I need...maybe! 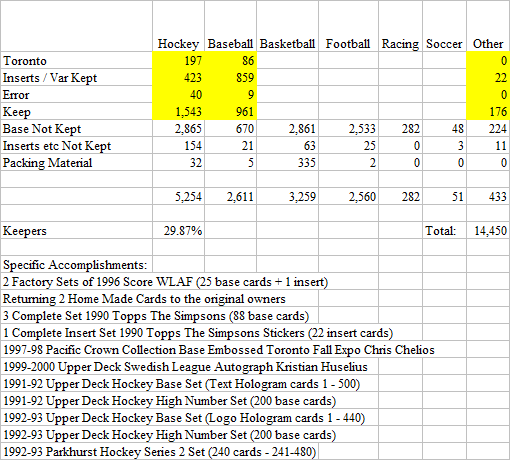