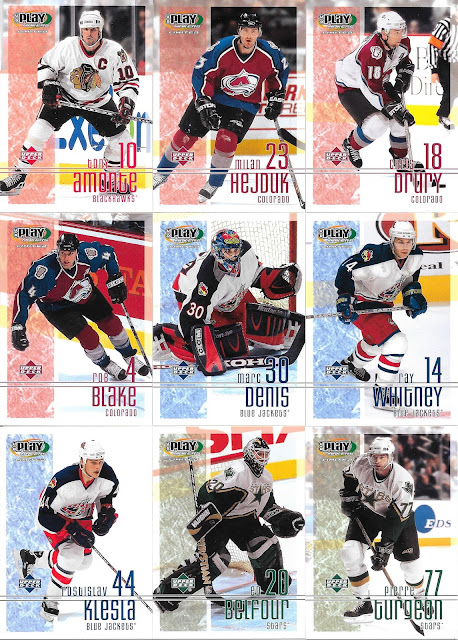 Being from 2001-02, I can understand why it isn't a set I have seen before. There were so many sets and companies at the time, and I wasn't into collecting at all, so wouldn't be one on my radar generally.
It has a 145 card base set, though the last 45 cards are serial numbered so, I am not really counting those as part of the pure base set. At only 100 cards then, and since I am almost half way in this one post, I'll add this to the slow collecting sets at this point. If you are wondering, at this point, that slow collect/build list has about 100 sets for each baseball and hockey, so plenty of options for getting cards. Especially as many of them I have maybe 20-50% of. 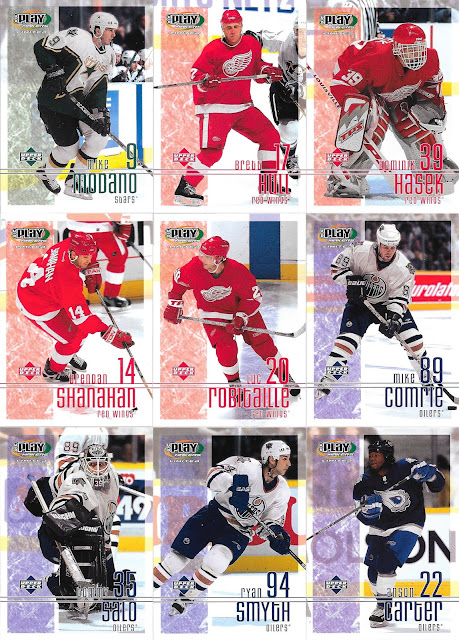 The set has a very "In The Game" brand look to it - at least that's my feel. Though a bit better, and although I like the fact it is team coloured, the stripe down the left side is way bigger than needed. 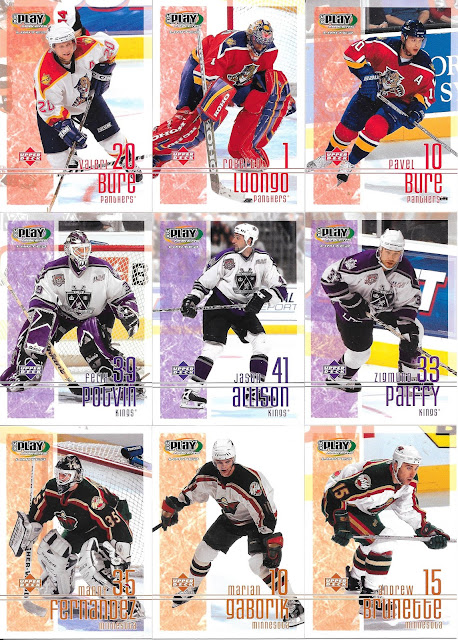 With 100 cards to the set, it does generally mean you get the top tier or two of stars from the team, and that's it. Definitely not an O Pee Chee roster in it, but that can be alright. 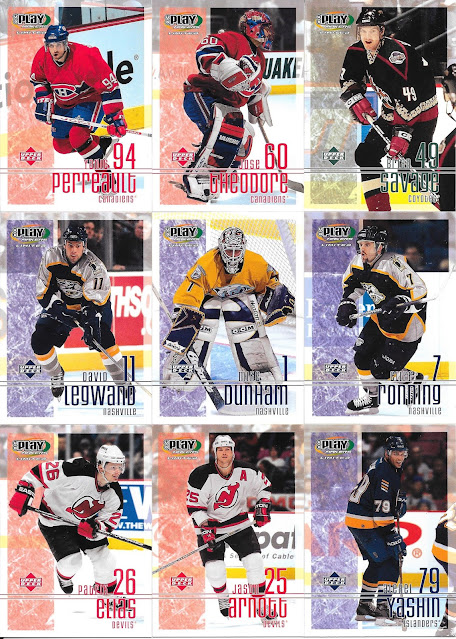 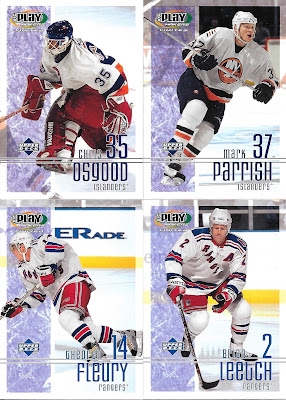 Not a big fan of the font used for the names, but at least they are huge and can be read! Theo still shouldn't be anything but a Flame, but I digress.
As for the backs (which come from the dupes)... 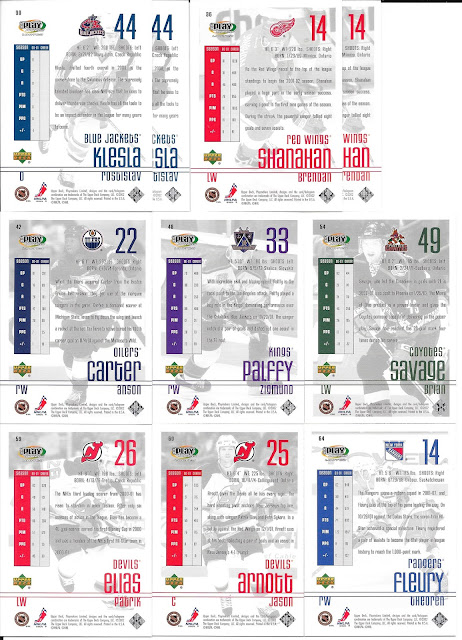 Very minimal on stats, and though I am fine with a write up, the spacing and font size don't work well for me. I mean, if you are going to use that amount of space, make the font bigger and space between the lines a bit smaller. It's not like you are trying to fit in another picture or lines of stats.
So overall, not a set that makes me giddy with excitement, but fine enough, I have no problem working on the set as a whole since it is fairly small, and I have a good start on it. 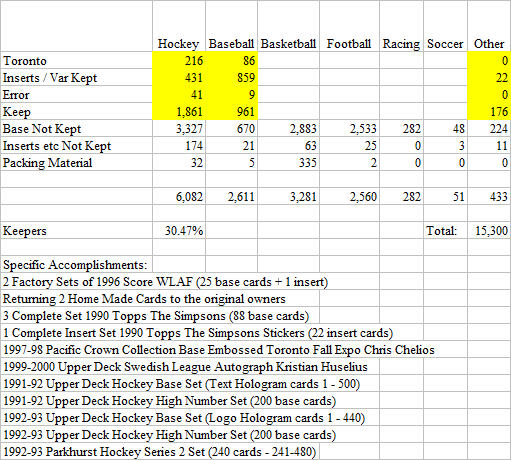