Not Closing It Out Yet

No complaints here as we get another piece of the 1999 Topps Opening Day set...

We get some post-Toronto tenured former Jays with Derek Bell and David COne. 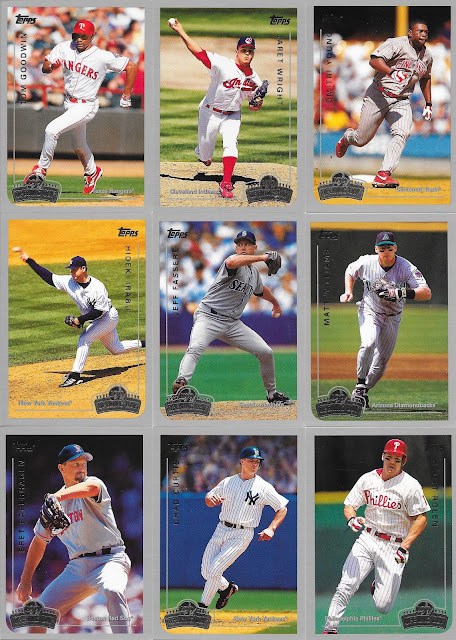 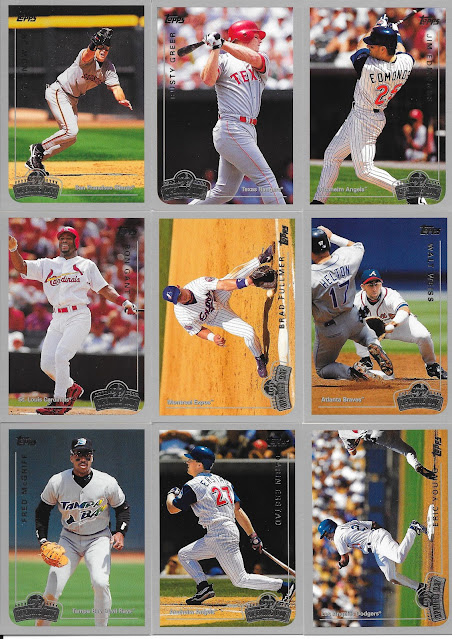 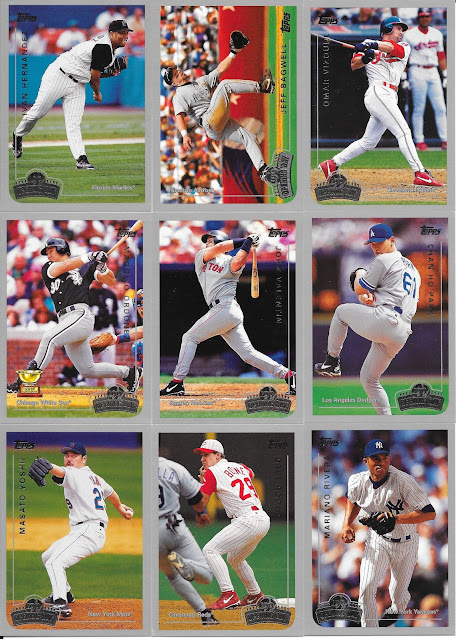 Last new card from this bunch is the greatest closer with Mariano. At this point of his career, he had moved to the closer role and had two strong seasons there, getting 79 saves in those two seasons and having an ERA under 2.00. Yeah, he pretty much kept that pace up for a few years after that...well a good decade.

The Jays content is some outfield players that never really hit home with me. I liked Shawn more than Shannon, but neither had their best days in Toronto and for me, didn't ever really find their full stride here.
The dirty uniform look is nice though, shows hard work! 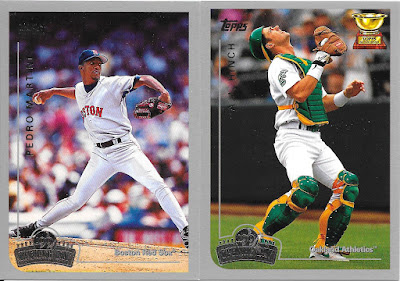 A couple UER cards which unfortunately didn't come with doubles and we end with the dupes as some of the cards came with a twin... 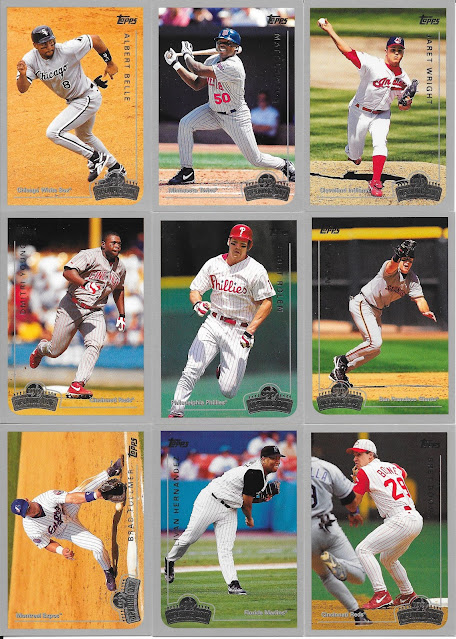 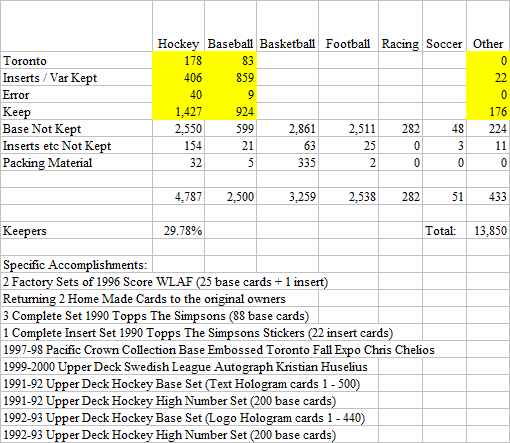 Something else I won't be fully closing out, but I am realistically getting close to completing as much as I financially can, are my unopened magic pack collection. I am trying to collect one unopened English booster from each set released in booster form (so doesn't include box set type releases). Given my work bonus recently, I took more than I would normally spent and knocked off 5 packs of what is remaining. 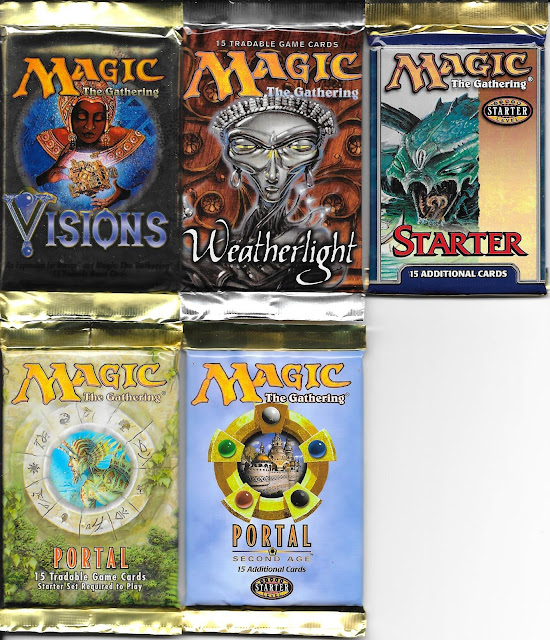 Roughly all in, each pack is about $100 CDN. The Portal ones came down in price a bit recently, so at $100 - I figured I'd jump. Worst case, not the end of the world on money spent, but now leaves me with realistically one two more boosters I'd pick up - Tempest and Stronghold - each at about $150 USD at the moment.
The other ones which I am missing and not expecting to ever see - Alpha, Beta, Unlimited, Arabian Nights, Antiquities, Legends and Portal Three Kingdom - so just the 7, plus 2 noted above, means I have 9 missing.
Now...if I win a lottery - maube we can talk about those other sets.
Posted by CrazieJoe at 8:00 AM