So I'm taking this one section of cards from the lot today - almost 400 cards, and going through in one go because well - I want to, it's a good set, and I don't need to show 3/4 copies for the dupes anyway, so we will keep to the keepers and the Leafs. 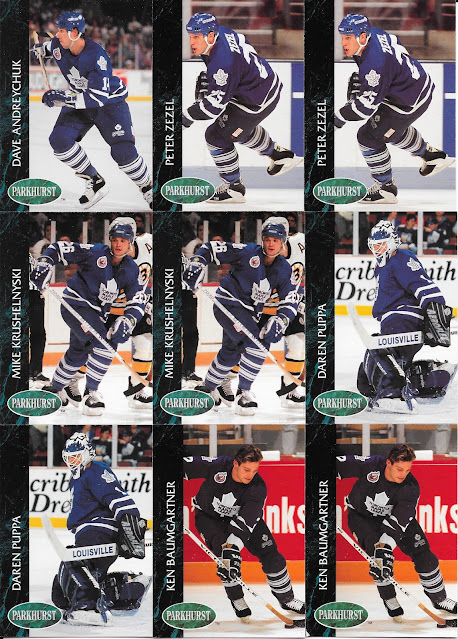 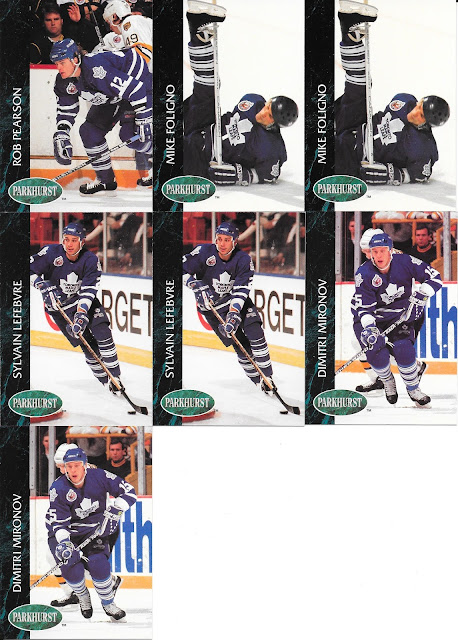 Some of these, I needed the dupes for the set build, but happy with the number of Leaf cards provided.
As for the rest of the keepers... 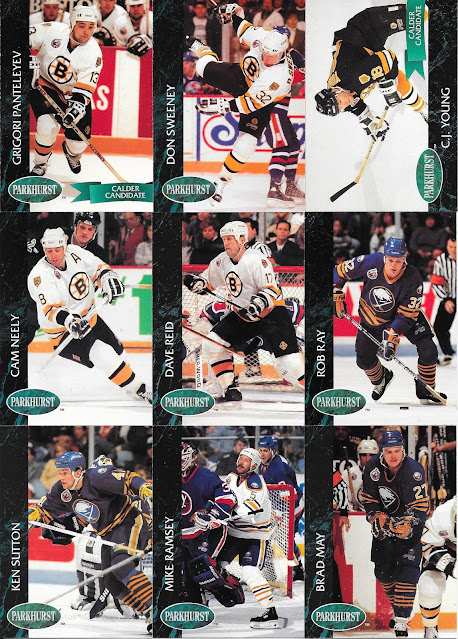 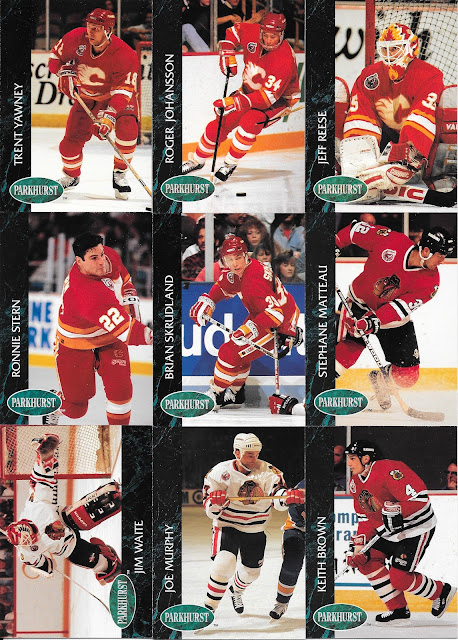 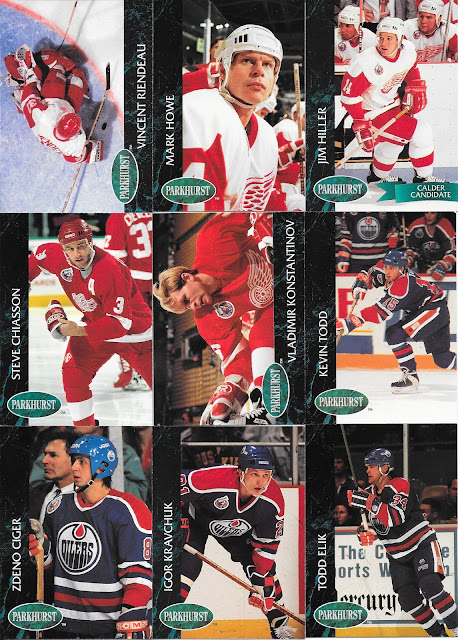 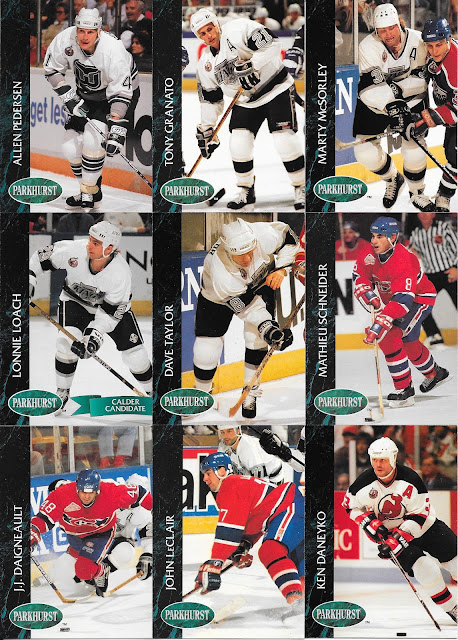 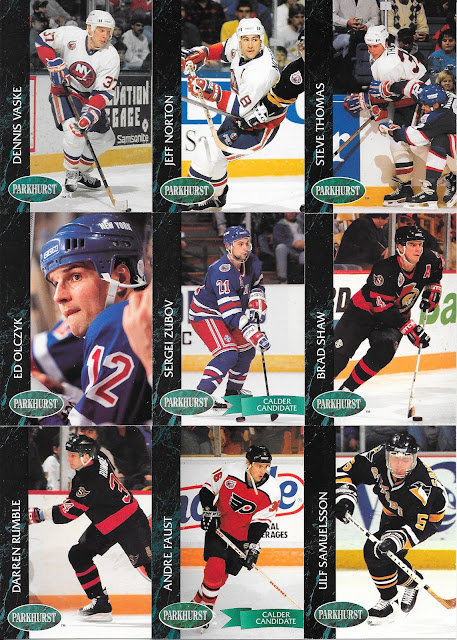 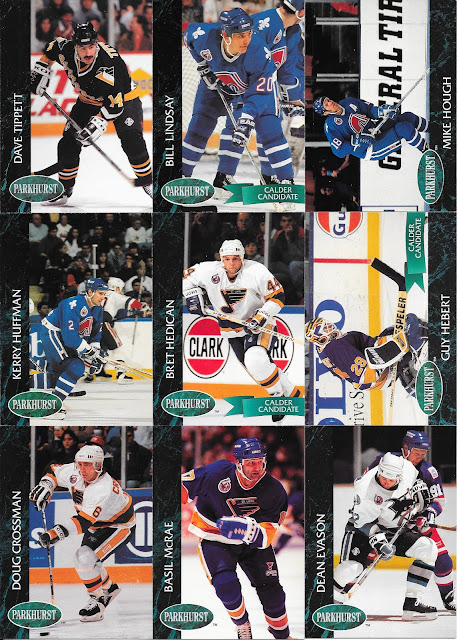 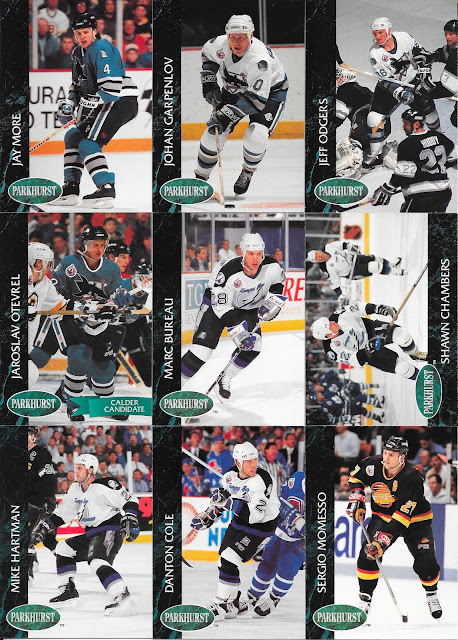 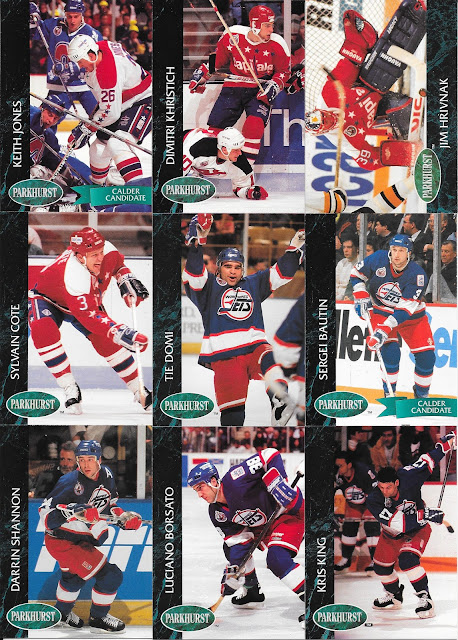 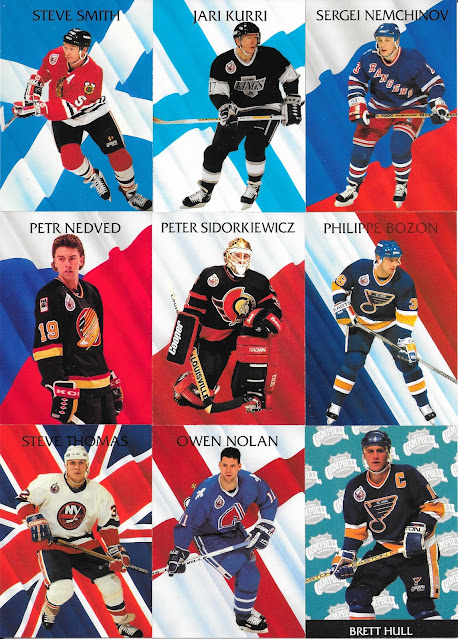 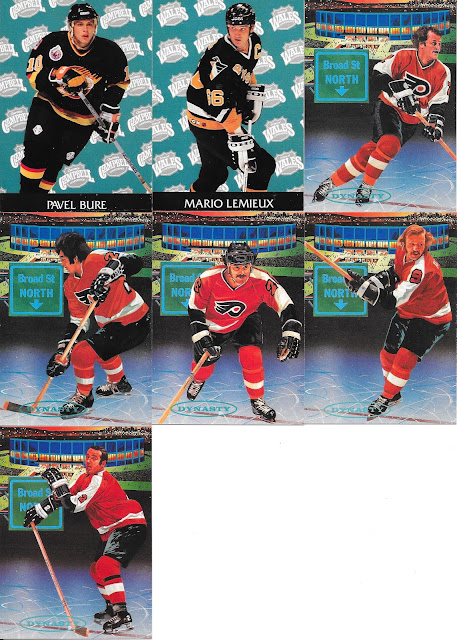 SOme nice overhead shots, the international subset with the flag backgrounds is great, and the Philly subset...personally meh, but I am sure some out there like it.
So these cards actually, technically complete the 1992-93 Parkhurst Series 2 for me. The set all in is 510 cards, but the last 30 were available in set form only, so the series releases were each 240 cards.

I am going to keep the set outstanding and work on the first series as well...though not sure on the last 30 cards yet...but will tackle that in time maybe. 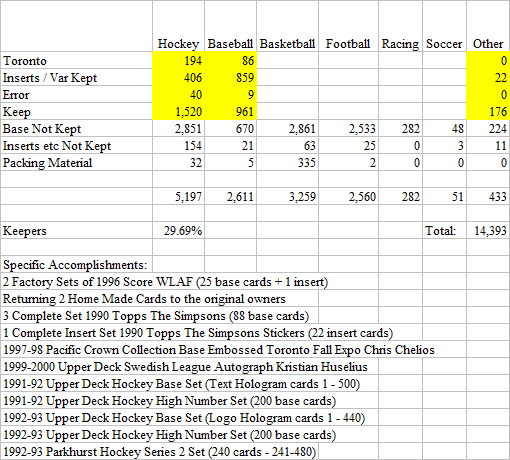 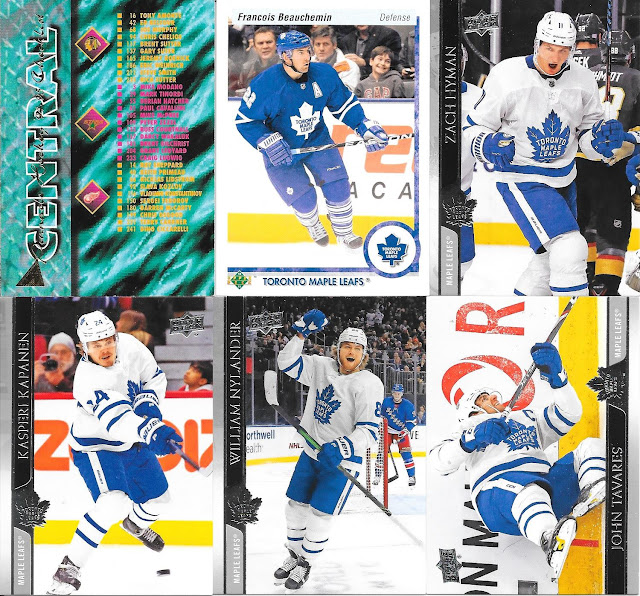 Though I don't count checklists generally, when they include the full Toronto team for the set, I make the exception. Francois is a 20th anniversary design card from 2010-2011. Like the throwback look for the card, a good concept on the 20th anniversary.
As for the rest, these fill out the 2020-21 base cards for me outside of short prints, young guns, and the extended release - but I have all the rest base cards now...lol...enough caveats there?
Appreciate the great trade, and hope to do more with the fellow Canadian some time soon.
Posted by CrazieJoe at 8:00 AM