So I was at a Wal-Mart the other day, and as always, checked out the card aisle. There was the usual fare, but then I found something that always annoys me. Someone had opened one of the assorted pack boxes and left the box, wrapper, and a few of the packs on the shelf. It always bother me when people do this. I don't like pack searchers, but to just our and rip through a box is even worse.

With the stuff on the shelf, and a worker right there I figured, since the packs were nothing too great, I would ask about the insert card which was included in the box and had been left there as well. I figured it was what the person would have taken, but apparently not.

The person saw it was just a single card and didn't seem to card, and just said take it if you want, there aren't enough packs, they wouldn't put the box back out on the shelf. Here I would have paid a buck or two, probably (since the box was $25CDN for 5 packs and the promo card), so I got this: 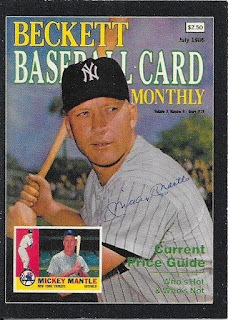 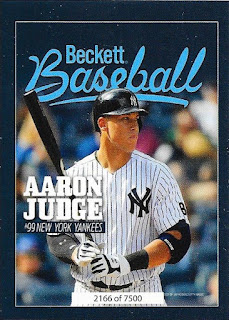 Just to show how even these boxes were priced with the Judge craze - of the 5 packs, from what was left, there was 2016 Topps series one and 2017 Topps series 2 - that's it. Nice to get this card without having to over pay for those packs. 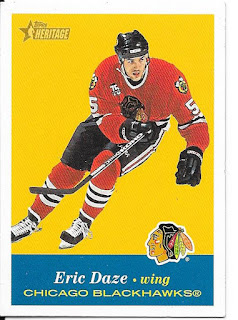 2001-02 Topps Heritage - can't dislike the retro design, other than maybe a bit too much mustard to that yellow, but I'd give it a pass. Haven't seen many Heritage hockey cards generally, but I should try and change that. 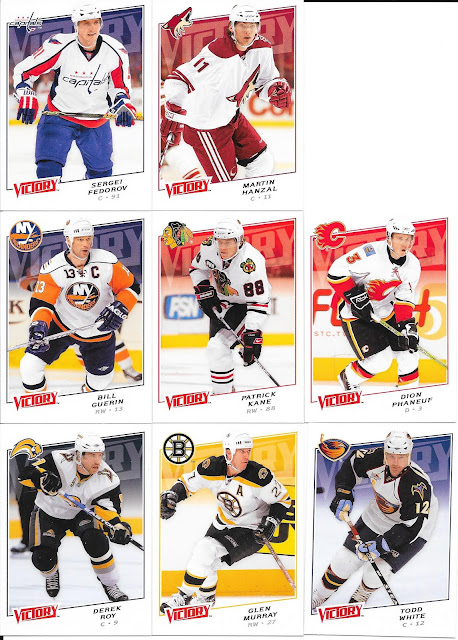 These move the set to over 50% done now. I know Victory is a low end set, but they make them decent in design that I still like them. I think the tinting to the background to match the team colours suits the cards well, though the shots may run a bit together with everyone mid-skate. 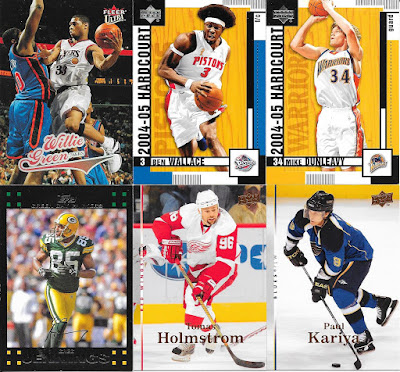 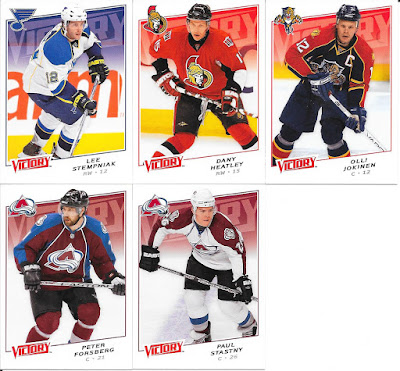