I am not one for milestones really, so more just a mention that today marks 4 years on the blogs and a post a day (or more) since December 30, 2015 (so not quite 4 years on that one). Time flies when you are having fun!

A big thank you though to everyone I have met because of the blog, and everyone who has read, commented or otherwise connected with me because of this. It may not have been a thought in my mind for starting this blog, but without the blog, I wouldn't have had the opportunity to interact with you. That also means a lost opportunity to find awesome homes for cards I don't collect (while getting additions to my collection I would have never had without the blog).

You are really here for more cards though, aren't you? So let's go through half of a Dollarama pack. I don't know if this was the first half to yesterdays second half or the only half I post because the other half went poof....I'm getting a headache.

Whatever - here's about 40 baseball cards of varying interest depending on your personal preferences and tastes. :) 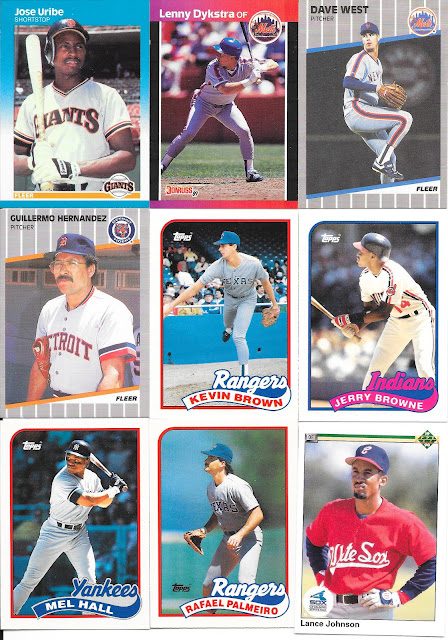 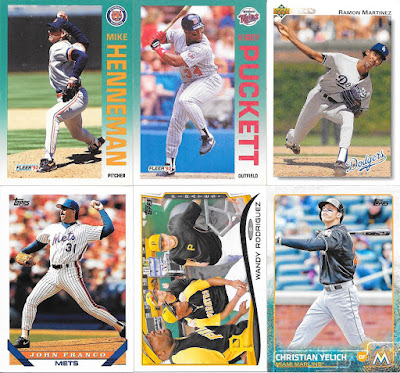 Of the cards that get added to the collection above, we see a quartet of 1989 Topps Traded cards. I wish the flagship Topps set for 1989 had backs that were as bright. Instead of the dreary black and purple backs, the Traded set has bright orange-red colouring which is so much easier to read, and pops a lot better in hand. 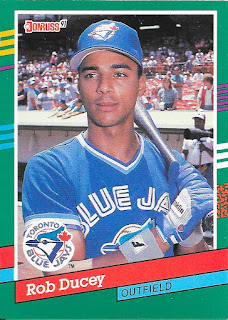 In reality, the first trade "names later" player was minor leaguer John Sneed - but you could argue Sneed was traded for Morandini, and Ducey traded for himself. Sounds much funnier, but either way, the Ducey trades were odd. 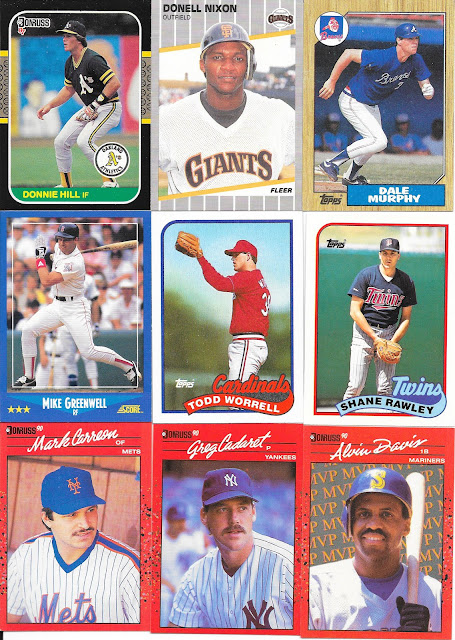 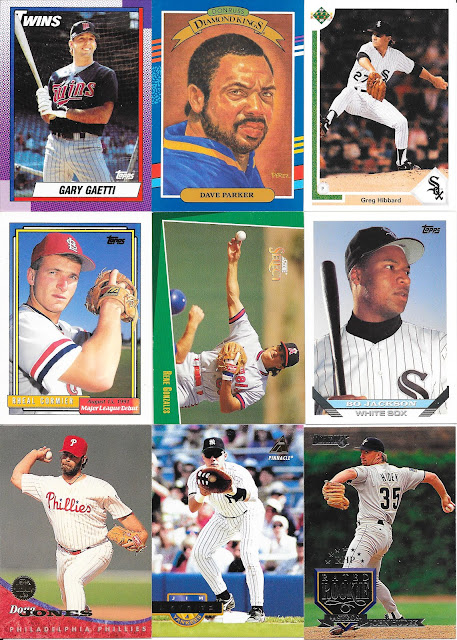 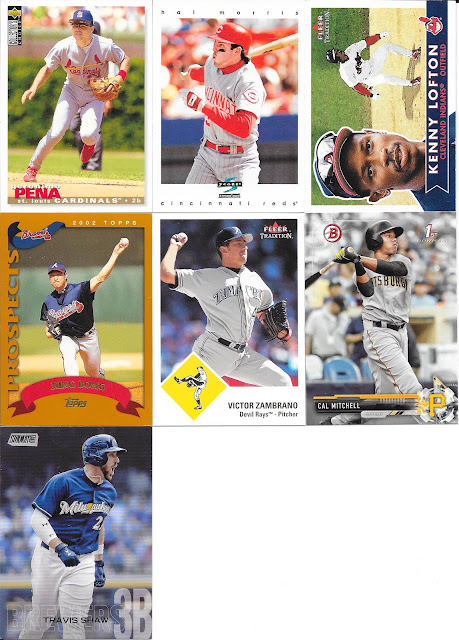 Many traders for this half. My fave of the bunch has got to be Bo Jackson. It is a simple pose with not a lot going on in the picture, but a great head shot photo regardless.
Posted by CrazieJoe at 8:00 AM