Bringing the Power and a bit of a steal

First, continuing to go through the box from Trevor, we have a bunch of 1990-91 Pro Set. It is a set I am passively completing - now over 50% done, but rather than go over the new cards (of more than 50) I'll show off the other cards I got from the set - Leaf and error adds! 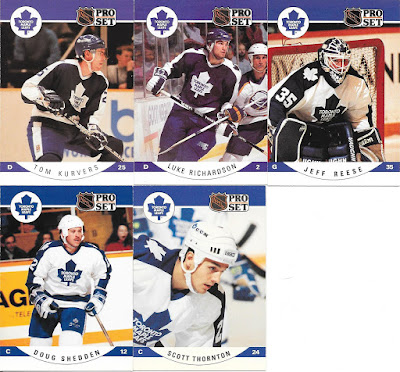 It isn't as telling in the scans as it is with the cards in hand, but the colour used for the Blue comes across as almost purple sometimes (compare Kurvers to Thornton). Just part and parcel of the quality control for Pro Set and the early 90s. 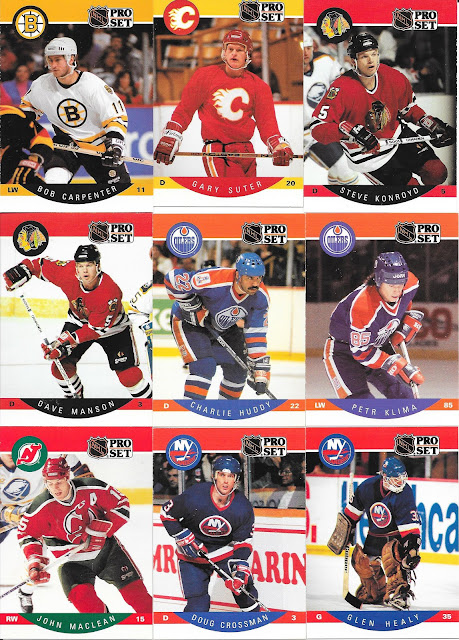 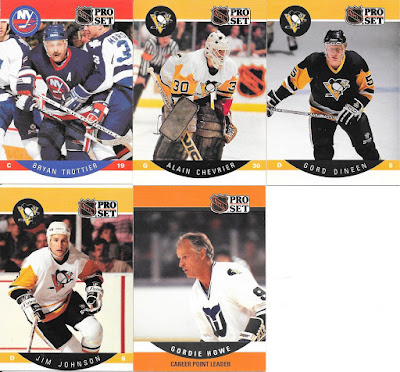 Plenty of error cards since there are plenty in the set (I think it is something like 20-30 percent of the set. A couple items specifically to note - even the cutting jobs were sporadic if you look at the size difference between Carpenter and Suter. Another cutting issue - just look at Jim Johnson and the miscut showing part of the card that was on top of it. Love the little errors like this (maybe just as a reminder that no one is perfect...I don't know...).

Sometimesthings can be perfect though...like times I see items on Listia that I expect will go for a lot, and typically that happens last minute, but not always. Other times, they surprisingly go cheap...this pickup went cheap which surprised me as I got these three cards for less than $1, shipping included...

Wow - three great rookie cards (two of which being Leafs) so the only one really missing that I would want is Auston. Can't complain about getting these for the price - would gladly make that purchase any day of the week.

Well rather than Auston, it has been a while since seeing a few Austin cards - Austin Powers circa 1999, not that I missed seeing thm, but they come around again today. At this point, I wouldn't mind seeing the whole set because it would probably be easier to get rid of all the cards if they included a full set. Someone out there may be interested enough to take them off my hands when all is said and done...maybe...possibly...anyone? 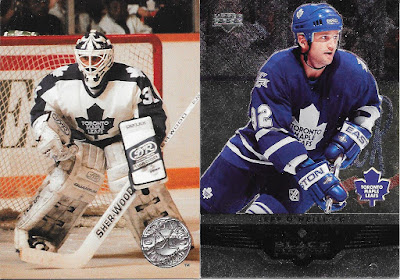 These have both entered my collection because of the Santa Lot, though I already have both, they will still make way to the collection of Leafs. When all is done, I should check through on such cards and make sure quality wise, it is my best copy that is actually in my bindered collection. 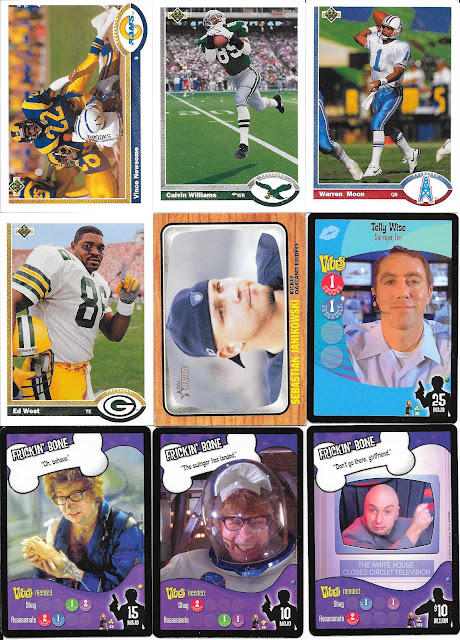 Well, there are the Austin Powers cards...not very exciting...but these cards also include the fist dupe from 2007 Topps Heritage to come out of the Santa Lot.

Last comment - 1991 Upper Deck football is starting to grow on me a bit with the photo work. Between the Webb celebration and Derrick Thomas looking focused with bandanna - the photos are pretty interesting throughout the set.