Purple Haze and some time in the sandlot

About a week ago I logged into tradingcarddb.com and had a nice trade offer in from The Sandlot. First time I have done a trade with him and went very well, and look forward to trading again, but here is what I came away with to add to the collection... 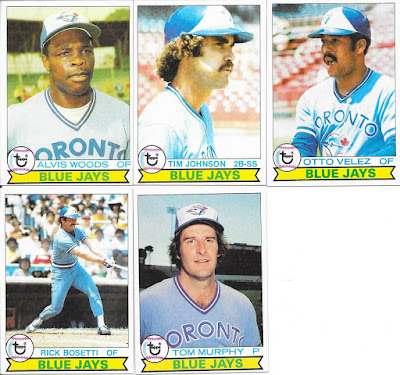 Some excellent 1979 Topps. I only had a few, so these increase the number well. 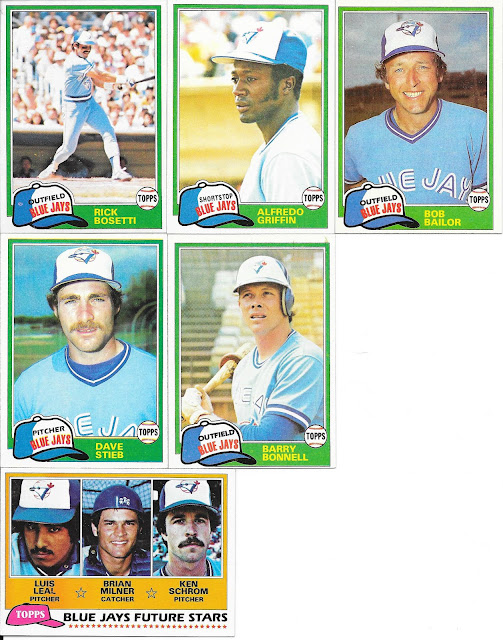 These were followed by a number of 1981 Topps - similar to the 1979 - I had some, but this increases the number I have substantially. 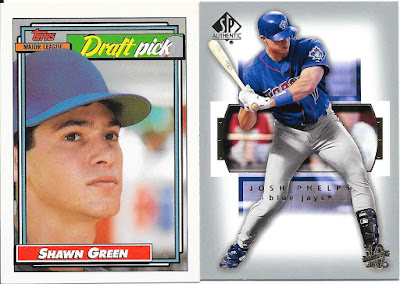 Here are a couple one offs - a Topps version of the Shawn Green draft pick card - I have the O Pee Chee, and my first 2003 SP Authentic Blue Jays cards! 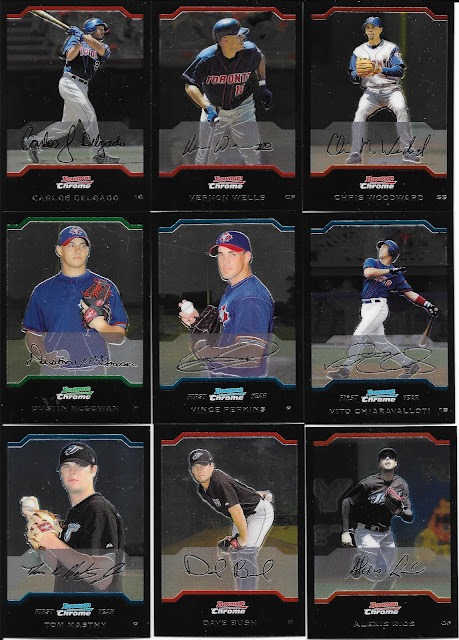 This is where I made a big dent on this trade - early 2000s are an area my Jays are sorely lacking, and Bowman Chrome is not a set I collect generally anyway so,  definite area I need cards in! I really like the black borders and the card stock is great on these - very happy with them. 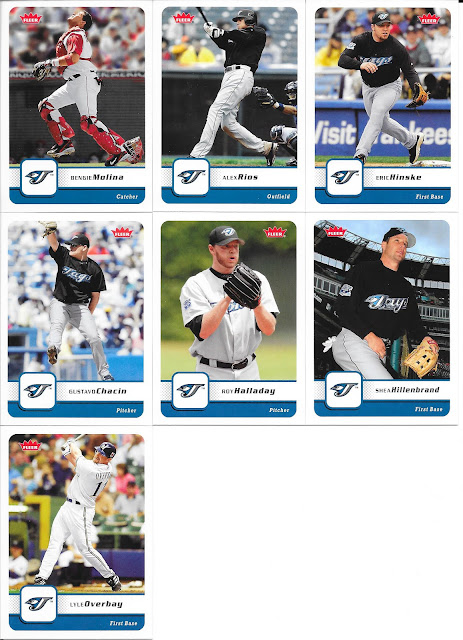 Another set I didn't have any of - until now - is this 2006 Fleer. A much more basic design than the Bowman Chrome above, but it works in its own way. 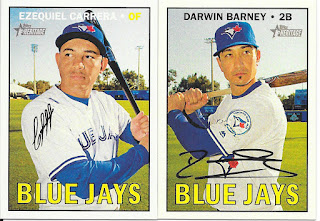 These were the last of the cards - some 2016 Topps Heritage...and who doesn't like that design?

Awesome cards and now let's peek at the Santa Lot for the day...something the same but different highlighting the 20 cards... 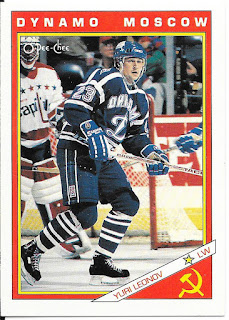 Had a couple cards from the insert set picked up yesterday, and another one here today...slow going, but still forward progress on completing the insert set. 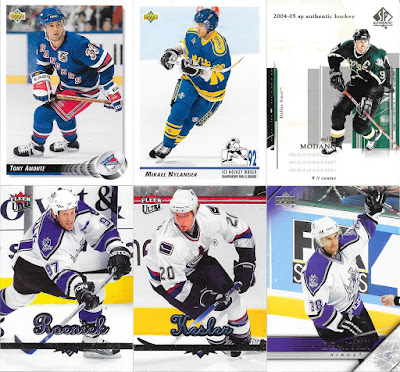 I am not generally a big fan of the international garb cards that were used (I think) a fair bit through the 90s. That said, this is a pretty nice Nylander rookie card. He seems to be above a purple haze given the bottom row of cards, but otherwise, a nice full pic shot from an international game. 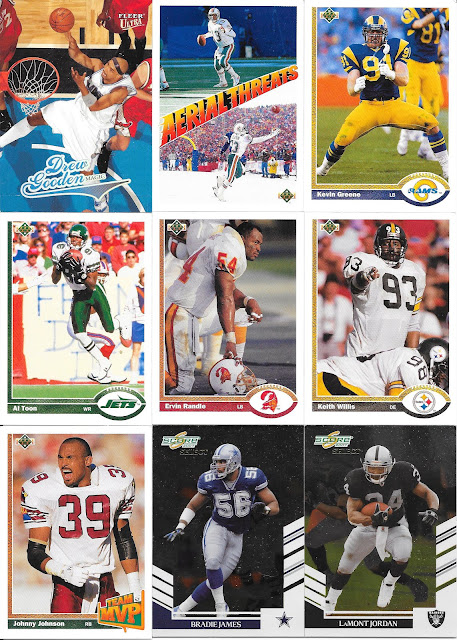 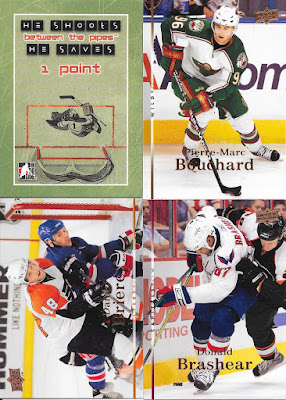 Unfortunately nothing new in the 1991 Upper Deck football cards, just more of the same. Similar for the rest of these, though I am one point closer to a redemption I can never cash in on!