Going to the classic highlight

Let's start today with a quick six...these may not win the Super Bowl in overtime, but they were a quick six cards off of Listia with the promise of a rookie card, for what it is worth. 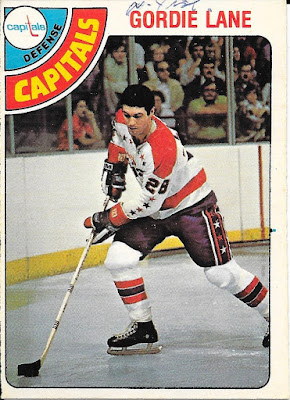 I am torn on whether to keep this one or not because of the writing. I'm torn - given it is an older card, and not something I specifically collect, I don't really care about replacing it-  but it has writing on it...hmmm...also a shame because the card is otherwise in great condition. 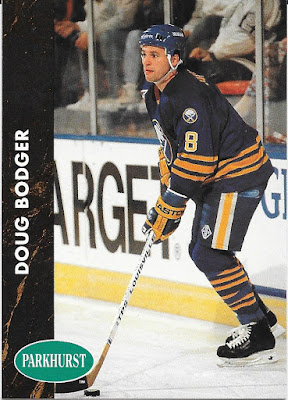 I would have thought I had this card, but apparently not. Bodger (I always see his name as Booger when looking at his jersey) is definitely a name on many cards from the era between Buffalo and Pittsburgh. 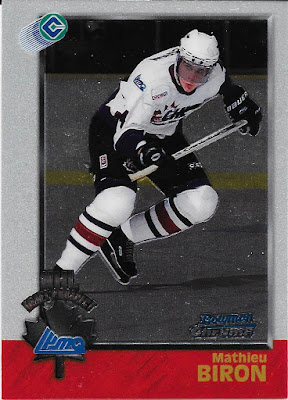 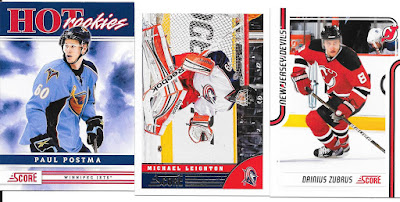 The last few are newer Score set cards that I didn't have, including the promised rookie card. Unfortunately no Leafs in the six though. To the plus - the Zubrus is a glossy insert!

Well, not a new card for me, but the highlight of what we come across today nonetheless... 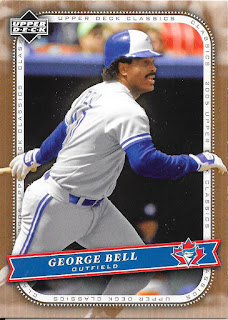 We have talked about this set, and about the man before I believe, but this is still a great card, and I can appreciate having another. 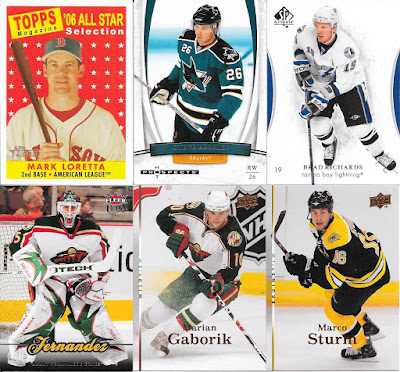 We have seen some 2007 Topps Heritage before, but the All-Star base cards are nice (that's good)...even if it is of a Red Sox (that's bad)....but the colours match nicely (that's good)... 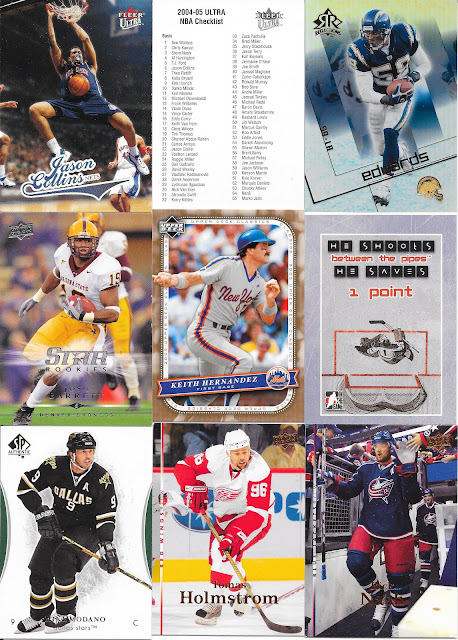 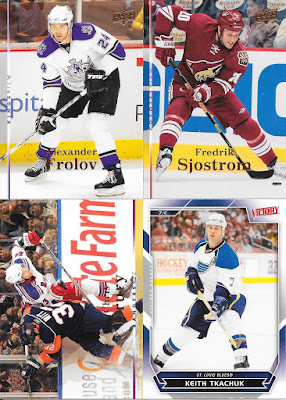 Reflections...pretty scanning cards. Now having seen a few, I do have one issue with them...the font used for the names just bothers me.

That's about all for today!