Empty Handed...except for the Minnow!

So before getting to the empty handed Santa Lot...an awesome item out of the package from Trevor today. I have heard of the 1994 Parkhurst Missing Link set, but hadn't seen the cards in hand until today. Classic design and old time players in a newer print - I am not going to complain about that! In all, about 60-70 cards and about a third of those being Leafs. Rather than show off all the cards, I will focus just on the Leafs... 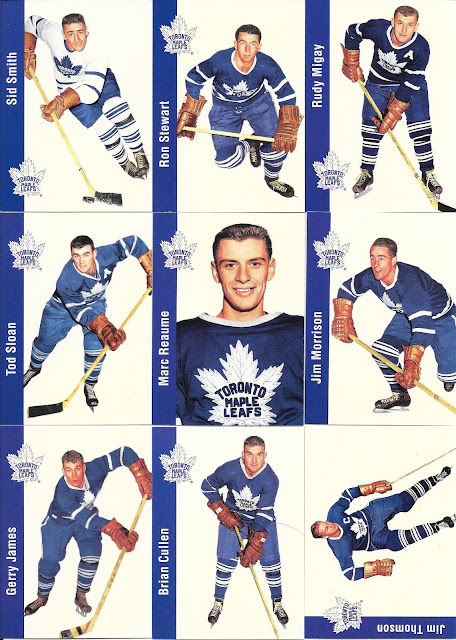 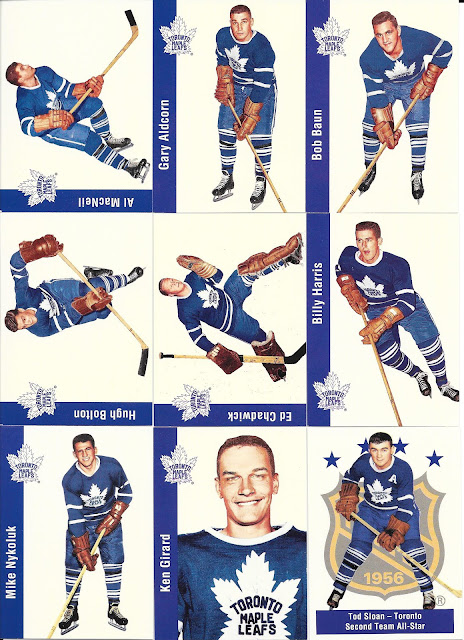 Yes - the players are all floating in a white (maybe more cream...) background, but I don't care - these are really nice cards and with the English/French write ups on the back and nice card stock - love it! The other thing I notice - look at the boards in the action shots - no ads. Just given my age, I don't remember such a time - late 80s was definitely less than what we see now, but it was standard by then nonetheless to have ads plastered around the boards. Honestly, probably about two weeks or so more posts to be had out of the box from Trevor!

Otherwise - it was not a great way to start the week since we have nothing for keeps...but that doesn't mean that there isn't a highlight still... 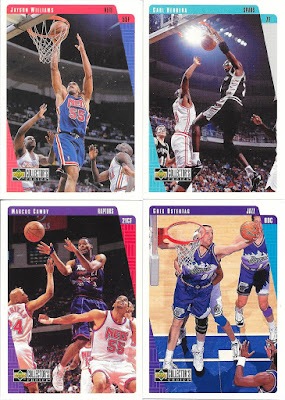 Had to give some love to Camby. He was a solid player for the Raptors, and this is a decent action shot of him above some Nets. Funny, this set reminds me of '93-'96 hockey Score sets with the colour/border scheme. 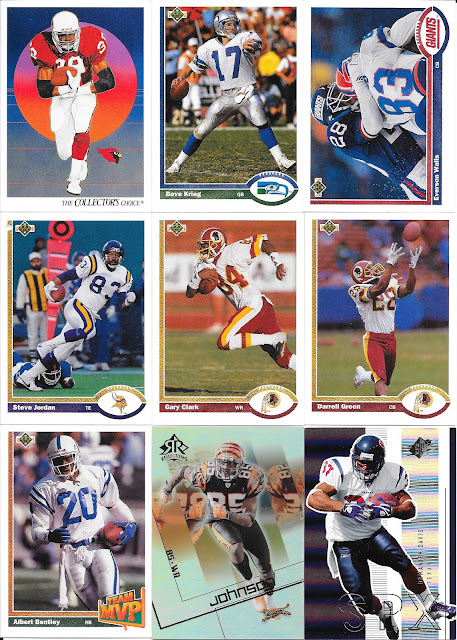 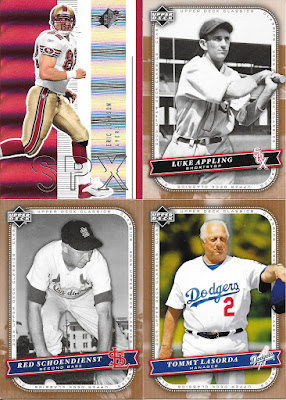 Even in football, I enjoy the Collectors Choice cards which are in the Upper Deck base set - nice pieces of art. I know it may be flashy just for the sake of being flashy, but the Ocho Cinco Reflections card is still pretty nice with the reflection effect on the front - and the SPx for what they are as well.

Also unfortunate that neither of the three 2005 Classics cards provided the Foxx I needed to complete that one.