I don't know why I notice specifically but I tend to notice when I end up with Sergei Samsonov cards. I don't think I see him that much...according to TCDB I only have 16 cards between by keep and trade cards...but I just tend to nitce. Everyone probably has players like that. They may not show up all the time, but you just notice... 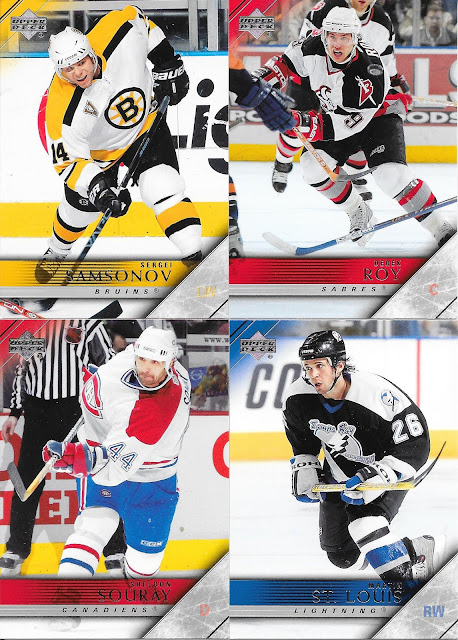 These give me a bit more hope in continuing and completing the 2005-06 Upper Deck set. I think we are far enough along, this is one set I will end up "going for it" on completing it, once the Santa Lot is done. 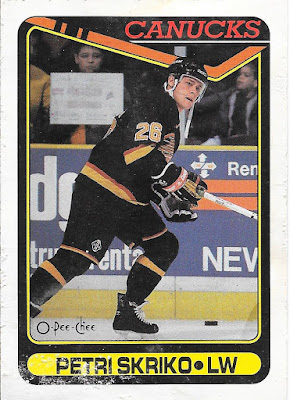 Just following the comments of the other day, have to point out the further gum famage here.

I like the Black Diamond in contrast with the 2007-08 Upper Deck base set here - easy to compare side by side. Neither player is one I particularly follow, and neither are the teams, but I do like the Jerseys for both. 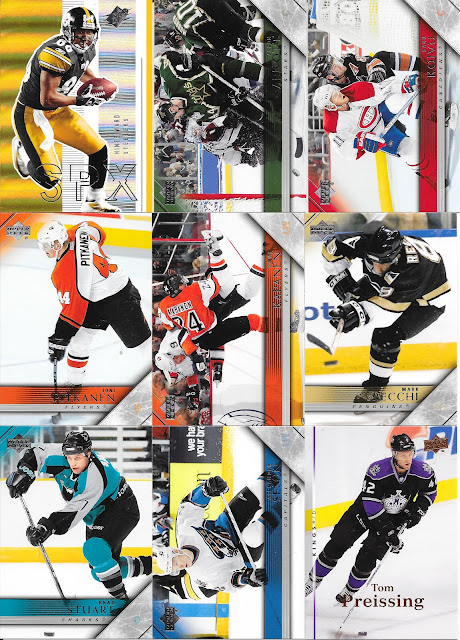 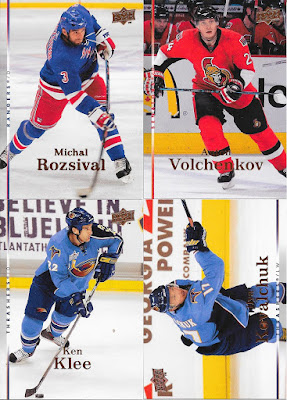 Like the 2005 SPX shininess, and this also marks the team record 4th consecutive year of over 1,000 yards receiving. The balance of the cards are why I am typically happy not seeing 2005-066 or 2007-08 Upper Deck any more from the Santa Lot - I seem to hit a lot of the same cards. Come to be expected, but I don't have to totally enjoy it...