As promised, first sharing some more from the minnow. I have a boxed complete set of 1991-92 O Pee Chee - however this does not include the Sharks and Russians insert set (which we have seen some of from the Santa Lot) and also means I do not have Leafs for my Leaf binders. Trevor sent a nice batch of cards from the main set and the insert set. Some will be cards I have for trade fodder, but a number of good cards came out of these... 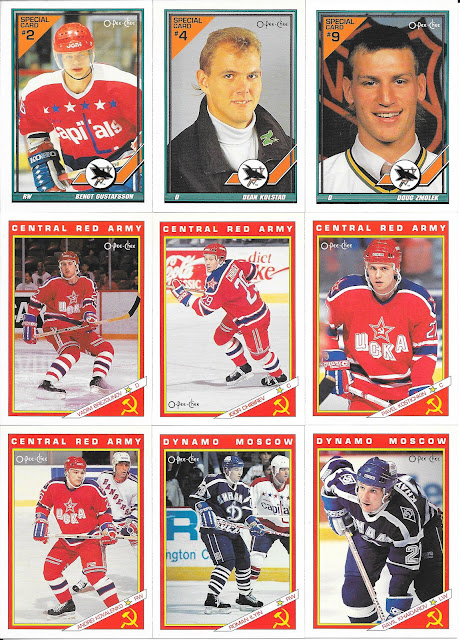 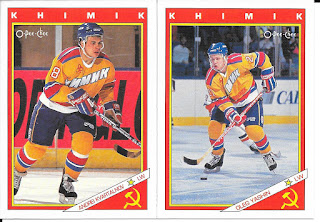 These move the insert set completion along well - about 12 cards left to go of the 66. 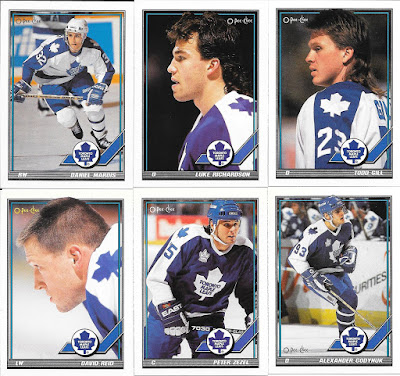 Since |I had the full set I had forgotten to note a need in my want list for a second copy of the Leafs for the Leaf collection - at least this solves part of that problem!

Did end up with these error cards too which are great for the error binder too, so a good bunch of cards overall - even if there are a few for trade.

Excellent pickups and as always, appreciated! 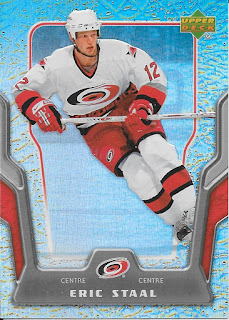 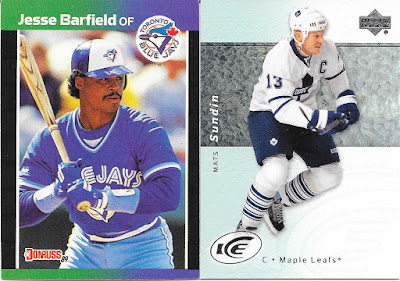 Excellent get with the 1989 Donruss Barfield because it was one that I actually needed, even if considered "junk wax". The Sundin is a good add too and was just one of a number of 2007-08 Upper Deck Ice cards for today. Add to those another 2007-08 McDonalds card for that growing set, and it makes for a good day overall. 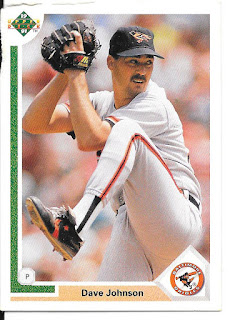 Yeah - so this absolutely looks like it has been chewed on by a dog. it is like the top left corner has been ground into on both the left and top side. Well, another for my son! 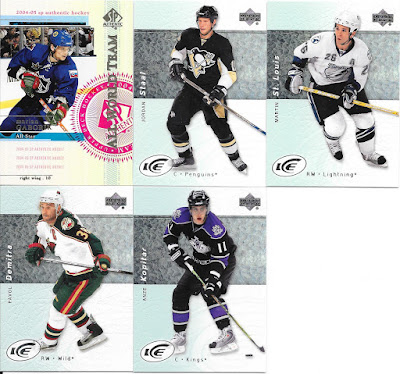 Here are more of the Ice cards I mentioned. I like the full stats, so for players like Kopitar and Staal that were only around one year at this point, it works out well. Unfortunately for players like Demitra that had been around 13 years at this point, the "show only the last 5 years only" part of the backing really bothers me. 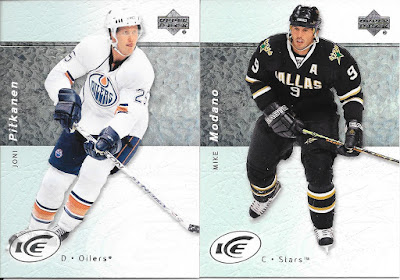 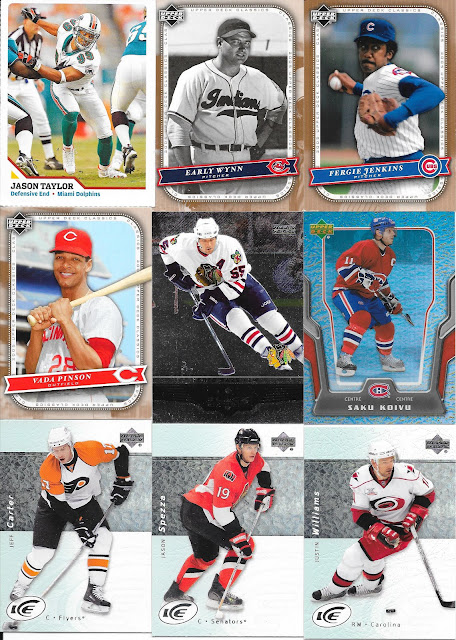 As bad luck would have it, a number of the Ice cards were duplicates. It isn't that I have a huge percentage of the set done, more bad luck that this many were ones already in my collection. Add in that this is the 4th Daze Black Diamond, and the additional Classics dupes, and nothing "new", but good quality dupes so not a total loss.

Oh - and 2007 Sports Illustrated for Kids cards - though I will keep the baseball and hockey cards from this, not going to keep the Taylor card, though he led the league in sacks since 2000 to date of the card, even though I can't say I have heard much of him, but that is more my football ignorance.