Was able to get a nice little trade together with sportzcommish at TCDB.

These are to help complete a couple sets - the 1986 Topps Traded set - I think Will was probably the biggest of the missing cards, and a couple more 1990 Donruss. 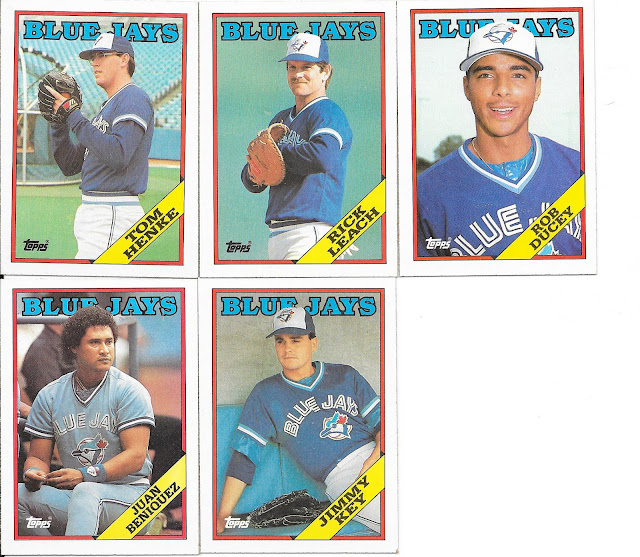 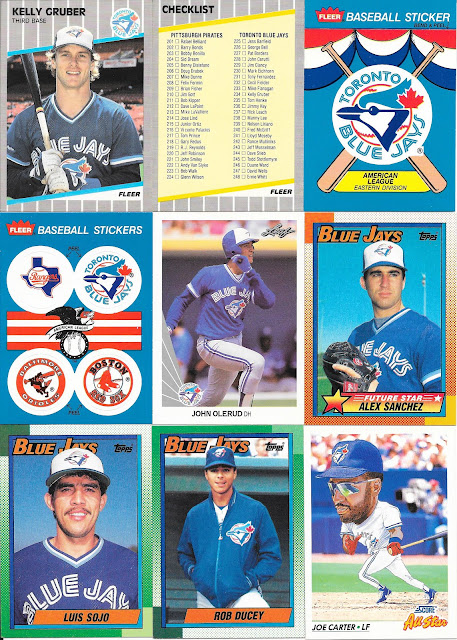 A nice variety of additional Jays including - my face - the Fleer stickers!

Today's 20 cards from the Santa Lot leave a lot to be desired as there is only a single card for keeps, but at least it is a decent one. 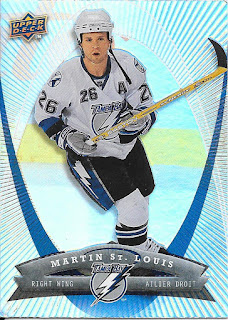 Only have one other card from this McDonald's set, and as typical with the sets, very nice base card design, and being a low number of cards, basically all star power. A little smudge in the middle left side of the card, but I'll try cleaning it up without damaging Martin - actually can't really see it in the scan at all which is nice. 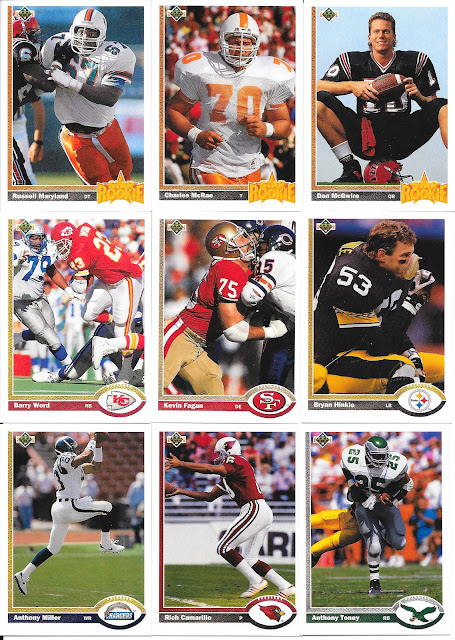 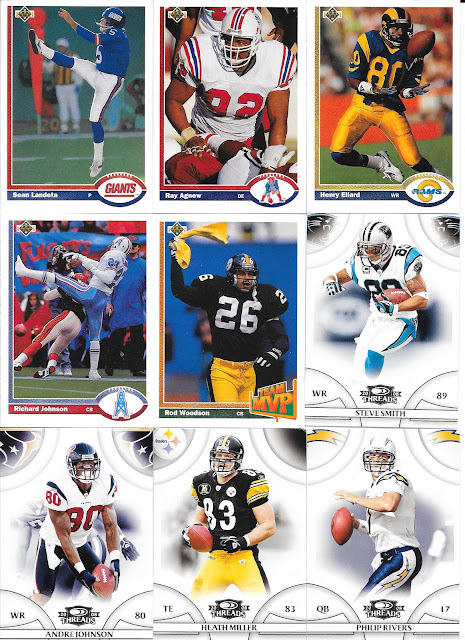 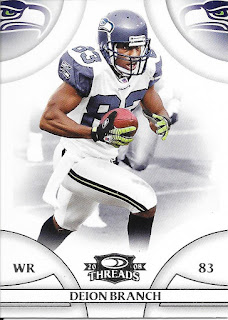 1991 Upper Deck football seemed good for having a number of "why?" photos. Here the two that stand out are Hinkle...always good to show you pushed so hard as to need oxygen on the sideline. Second would be McGwire - why pose sitting on your helmet?

Last one to comment on would be the 2008 Donruss Threads Andre Johnson - there have been a few of these now that end up being miscut with a bit of the card beside showing at the top. Wonder if anyone has interest in collecting these cards - personally, if it were hockey or baseball, I'd be keeping it as an error/miscut card.