Some Score and heavy on the OPC

Scored a score of 1990....Score hockey cards from a lot on Listia. I picked them up for the one Leaf, but figured I needed most the rest anyway - and on review, the only one I didn't need is the Joel Otto card... 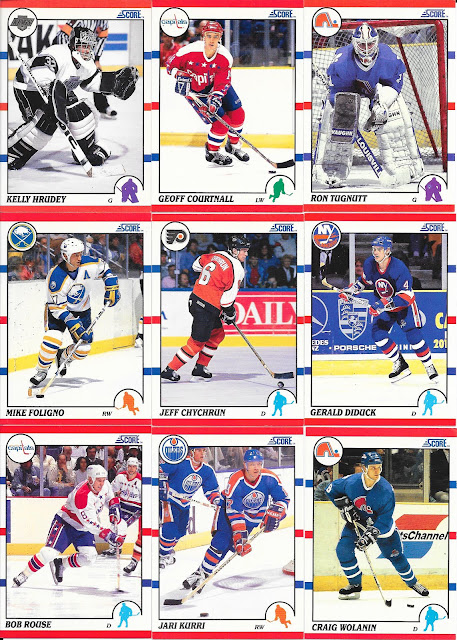 I have to say, the goalies pics on these look really good. I always found Hrudey tended to take great shots.

On another topic - keeping with the trent of the continued thank to Trevor at Supporting The Minnow - let's take a look at some 1990-91 O Pee Chee. I have a fair bit of the set (just over 80%) because about 2 years ago I opened a box. Unfortunately, a number of the cards are not in the greatest of shape. I will use a number of the dupes here to upgrade my keepers, but let's also look at the new and Leaf cards that came from those provided. As a note, I see some cards from the same set aside in an "all Leaf section" of the box - won't pull them here, but nice to see those too for sure (and will showcase them in a few days give or take). 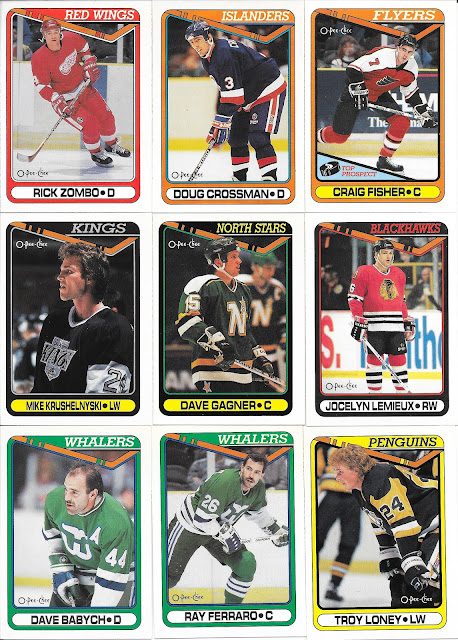 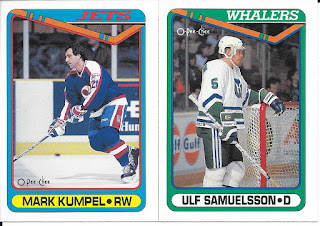 Was able to knock these off the needs in the list which is pretty good. Didn't realize I was missing such important Whalers! 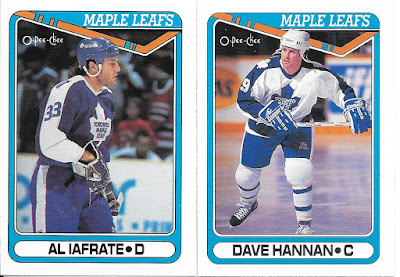 Al Iafrate - one of the great hard shots in the NHL. I know a number have surpassed his hardest shot in the skills competition, but I like to think a bit of that is more from the improvements in technology. 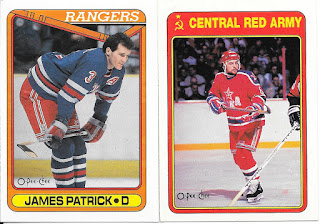 A couple error cards to boot are great adds also!

Even for sets you may not plan to finish, it is still nice to hit certain milestones. A perfect example for me would be the 2008-09 O Pee Chee 1957-59 Retro parallel set. I don't have a goal to complete this set, and would not work actively to do so, but today's highlight marks the 50th card from the parallel set that I have collected. Actually, that being said - I may not end up keeping many of them as I can see sending some to Trevor as part of the return package given the goodies I received. 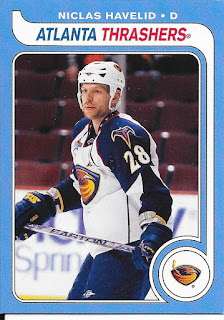 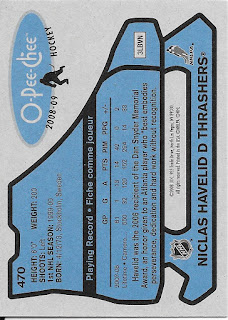 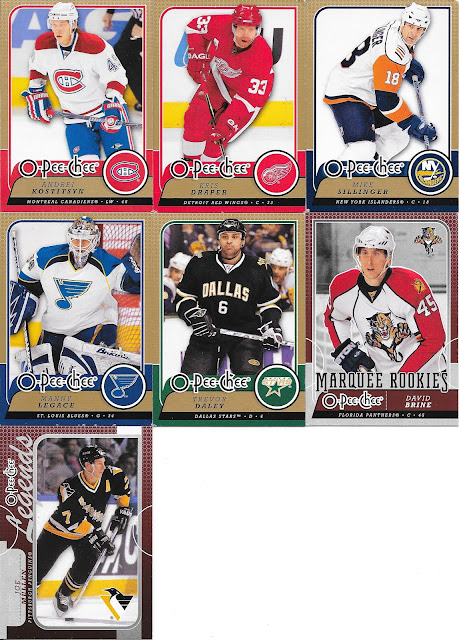 That wasn't the only card from the set today as there were a number of base cards as well, and a good number were ones to further the set. Best part is the rookie and legends cards because if anything isn't going to show up from these base cards, it would be the one per pack or per two pack "special" base cards. 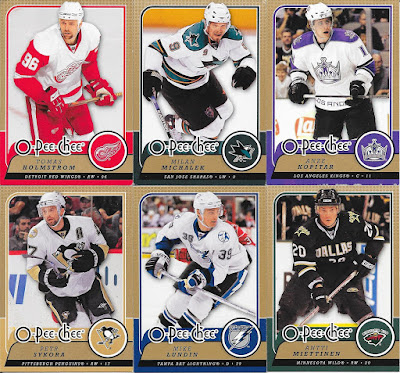 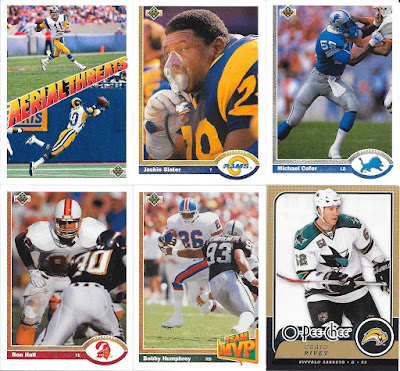 Poor Slater...third or fourth of these cards, and he is still working on getting enough oxygen...