So what do we have from Trevor today? 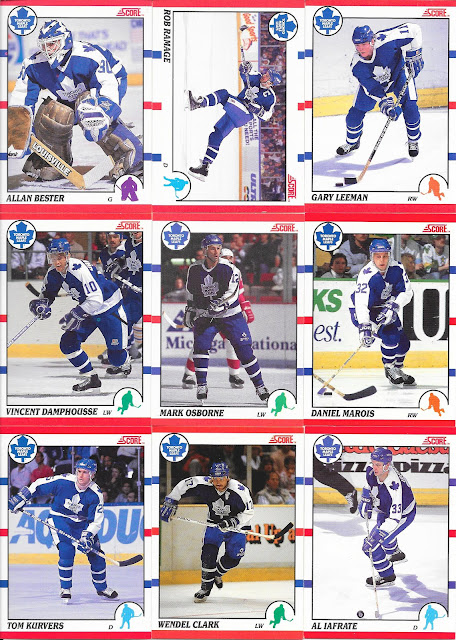 A bunch of 1990-91 Score (Canadian) Leafs. Some in duplicate, but that more than works for me. A number of classic Leafs including Al, Wendel and Damphousse. 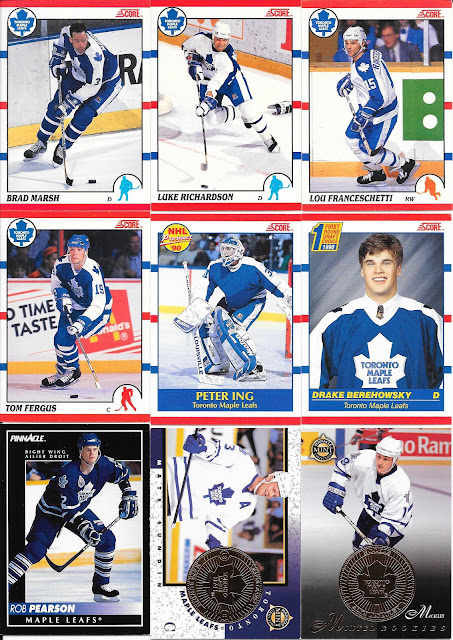 Further score cards, but I absolutely love the Pinnacle Mint cards. I have the medal Sundin card, so having this card as well goes with it nicely. I don't mind the coin/cards, but as long as they are together - the card looks odd with a massive hole. These make up for it by having a "coin design" in the same spot. 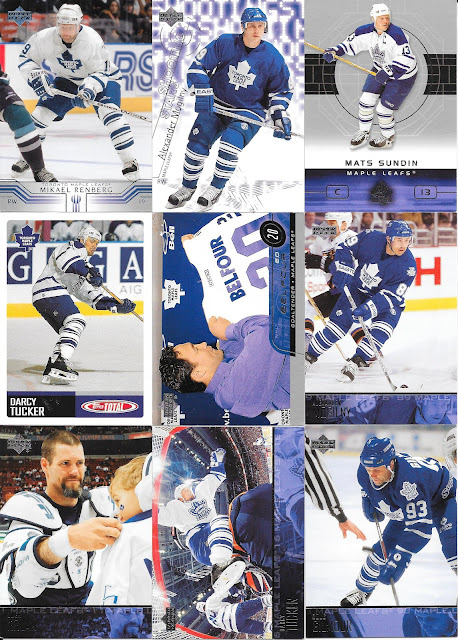 Ok - you have to first mention the Tucker (bottom middle) card for such a unique photo of him flying through the air. I will even give in and say the middle Belfour card is a nice horizontal one also. 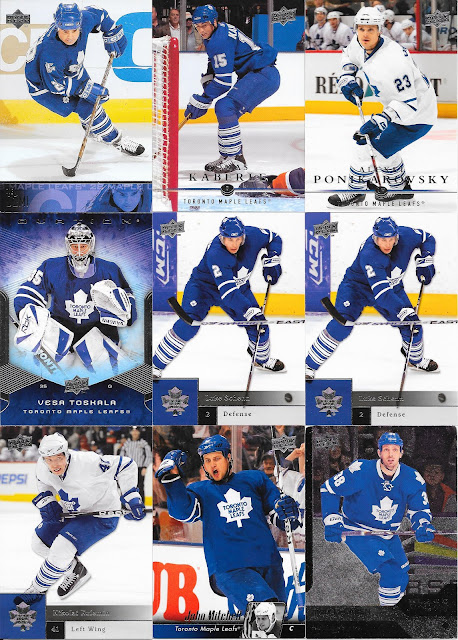 Finish up with a number of newer(ish) Leafs including a 2013-14 Black Diamond card (my first). Same as the 2008-09 Ovation. Another great pile of Leafs today!

A solid day today all around from the Santa Lot 20 as well. Always nice to have such days at this time of year because work is starting to get really hectic, which it will stay through the end of April. 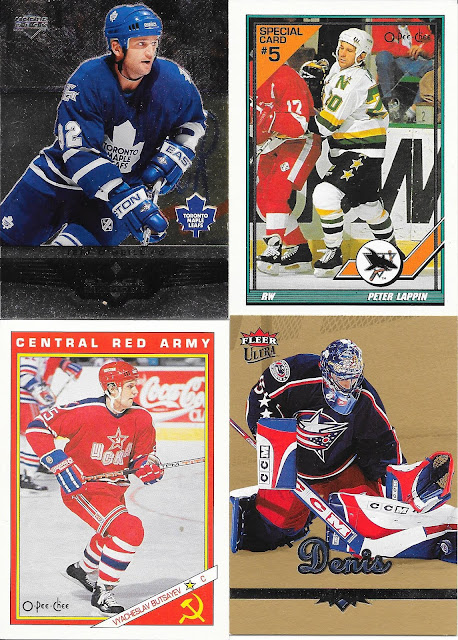 Two more cards knocked off the Sharks and Russian 1991-92 O Pee Chee insert set which continues to fill in nicely.

Marc Denis was an okay goalie in some tough spots in his career. For example, he was the Blue Jackets goalie in the early 2000 when they couldn't buy a win so his record was brutal for a few years. 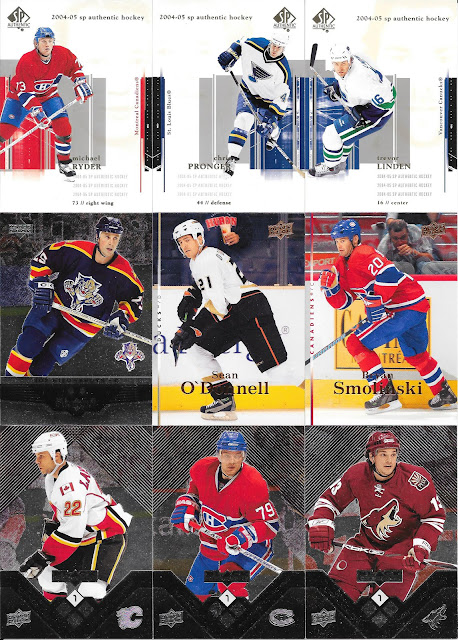 Some nice Black Diamond moments here with the Nieuwendyk 2 star card, and some adds for 2008-09 Black Diamond. 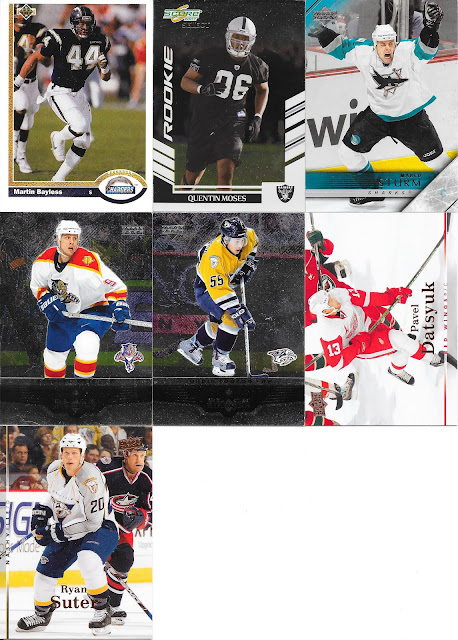