So, in continuing to go through the package of cards from Trevor, I have worked out that it'll be another 6 days of posts after today. This is more a reflection on how much stuff he sent than anything else. Best part is - all that I believe is left after today....all Leafs! I will go through about 50 cards a day and share accordingly, but today we have the last few tidbits to share before the Leaf parade begins. 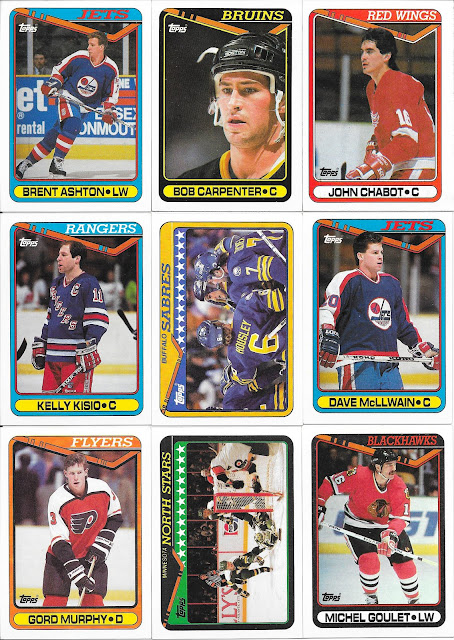 Two sets I am not collecting per se, don't have many of each so these are all new for me (some of the Topps cards I do have in O Pee Chee form though). Like the Jagr - Ultra 92-93 was a good design that I think still holds up well. 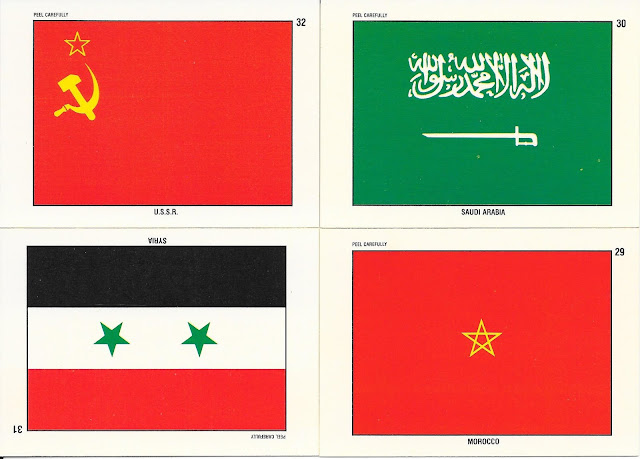 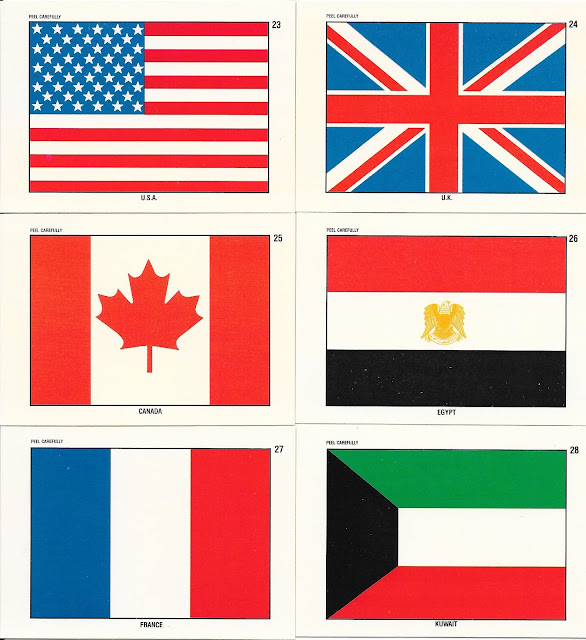 I had not seen these non-sport cards in hand before, but had a guess as to what they were - more so from the backs then from the flags...one of the card has the full picture, but the flags above would have their backs put together to make the picture... 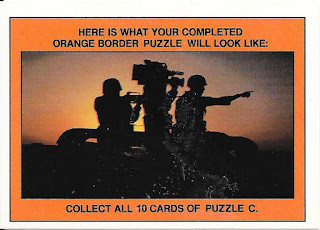 Yeah - no surprise this is 1991 Desert Storm - sticker inserts to be exact.

Very cool all around....now hopefully some cool comes out of these.... 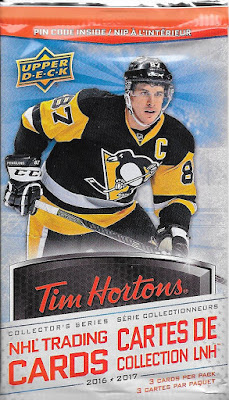 Another three pack of Tim Horton cards to open today.

Although both base cards are new, it is actually the insert which is a duplicate. Hadn't thought about insert duplicates, but I guess that makes sense for these given the one per three pack odds.

Again, two new base cards, and again a duplicate Game Day Action insert. Unfortunate, but what can you do....I know....trade it away. Any takers?

Base Zetterberg and insert McDavid - great pack here, and all needs. This would be on par with the Ovechkin/Crosby pack I opened, except that pack completed an insert set.

Overall, really enjoying these cards (as most people did around the end of last year). At 20% of the base set now - so only 80 cards left. Still a little far off to say I'm for sure going to complete the set, but it is nice enough, I'll keep an eye out on Listia and probably pick up cards as they come up. I'll see where that takes me.