Everyone wants gold on Valentine's Day!

Happy Valentine's Day to one and all - a day that many enjoy (or enjoy to ignore I guess depending on where your relationships stand...). A day known for chocolate and other such gifts. Well, since I don't want to talk about chocolate smeared cards - though I am sure we have all been there - let's talk about golden ones...and some Blue Jays...

Why some Blue Jays? Well, because I pulled the baseball content out of the box I received from Trevor which I presume came from the box he is talking about in the post I linked to because it is a nice block of about 50 early 90s Upper Deck Jays - mostly 1991. Though I am still looking for my first Jay with over 100 different cards - these push John Olerud into a group with Dave Stieb and Pat Borders as Jays I have over 100 cards of... 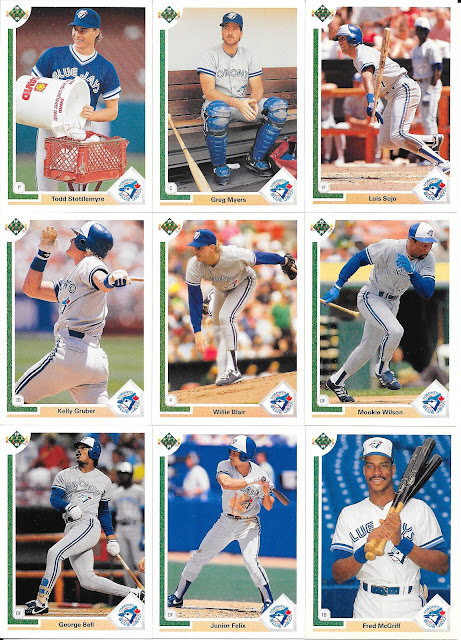 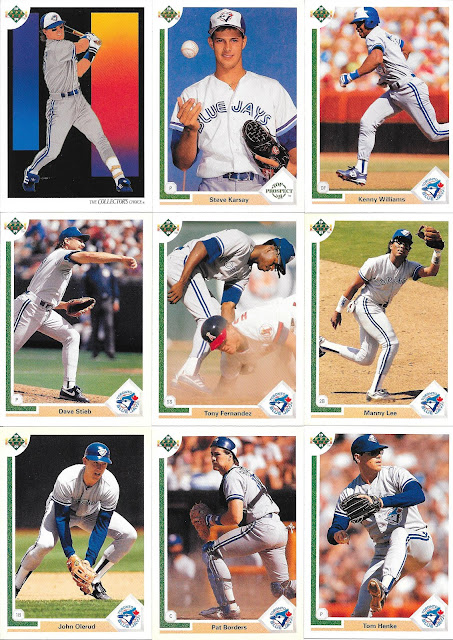 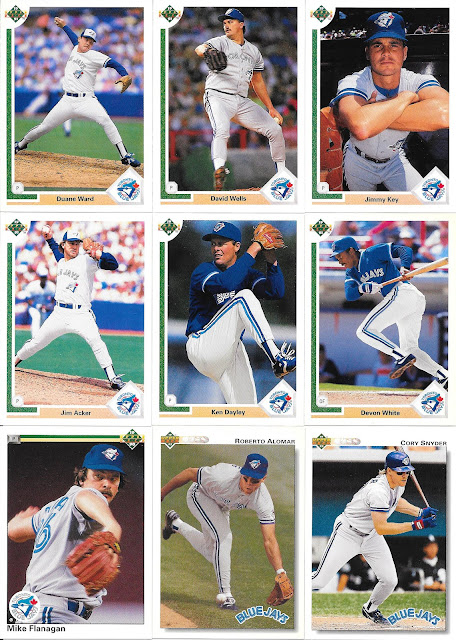 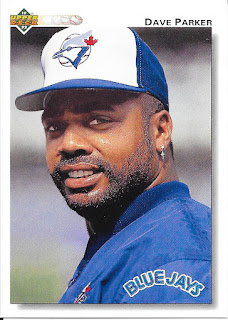 A great time to be a Jays fan. I especially love a couple of these pictures. First, the unusual ball dump by Todd - just not something you see on many cards. I also really like the McGriff pose with the multiple bats. Not to say the "standard shots" like Bell and Olerud are bad by any means, they just don't stand out the same way (except maybe for Olerud and his helmet in the outfield which was something he did...).

As for the Santa Lot 20 golden Highlights: 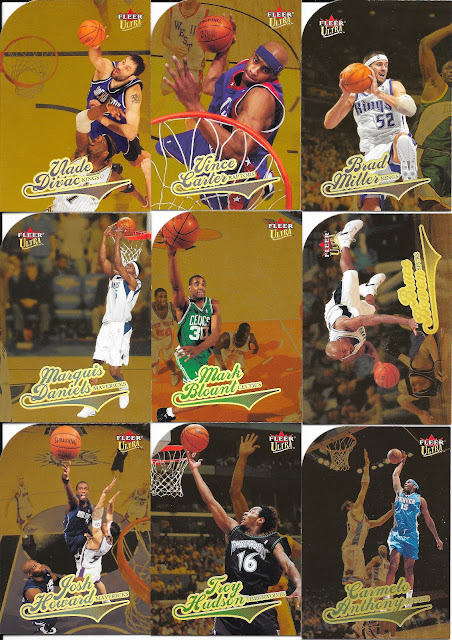 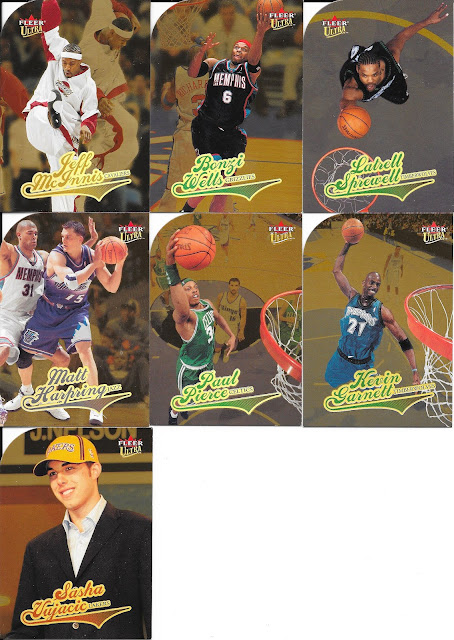 Dang - that is a lot of gold of the parallel kind. As with most parallels, the effects generally work with some cards better than others. From these above, some of the good would be the Vince Carter and Sprewell  cards. The effect leaving just the player in "normal" colour, and with not too much else going on in the faded background, it does well to accentuate the player. That said, Bowen seems to be doing a Superman impression, and while Howard and Karpring are being colour photo bombed in their cards. 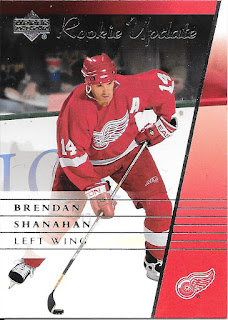 When all is said and done, I wonder if Shanny will be more well known for his post playing career versus his playing days as far as his impact in hockey goes, but we will have to wait to know the answer to that one.