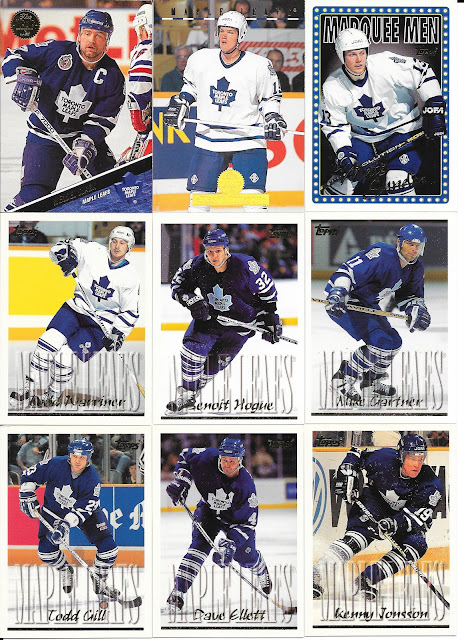 Didn't have any 1993-94 Topps Leafs beforehand, but end up with about half of them. 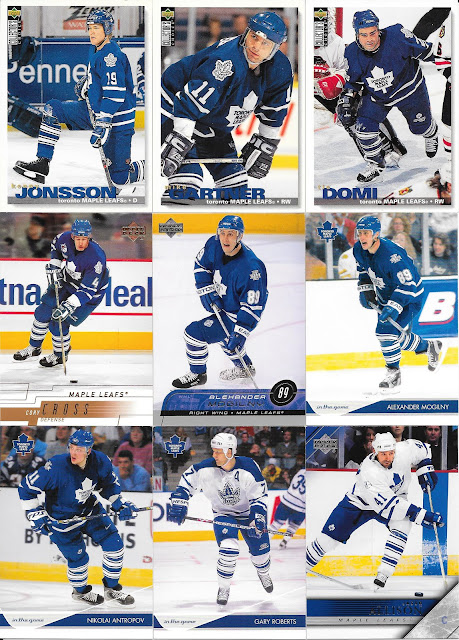 We move on to some early 2000 Leafs including some 2003-04 In The Game Toronto Maple Leafs which are nice (evenif I generally don't like In The Game sets). 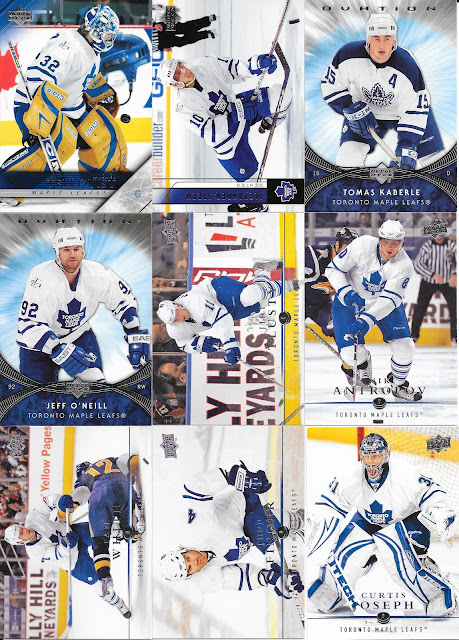 I have some of the Ovation cards, but not these - so happy to get those added, as well as the later 00s Upper Deck Leafs which include... 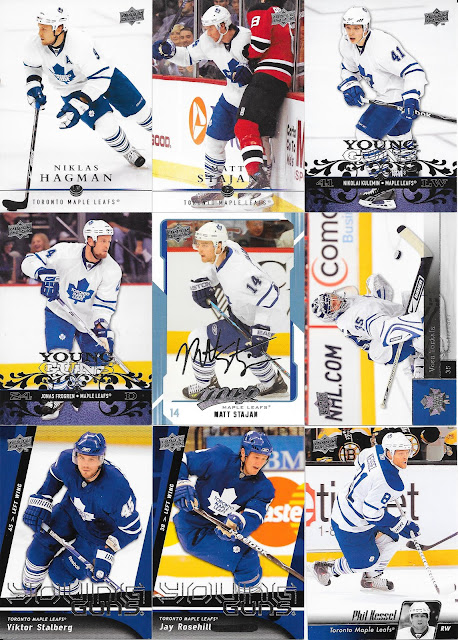 Some Young Guns! Love these cards and most all of the 36 shown above are new for the collection - can't go wrong with that!

With those great cards shared...now let's go on to the Santa Lot...

I'm not against the base sets of cards having what some may consider insert set material such as All-Stars or Season Highlights for example. Especially these days when there are 4,000 parallel and insert sets as it is.

In 2007 Topps, the last range of cards in the base set was for items such as these, and today we end of with a string of these cards. 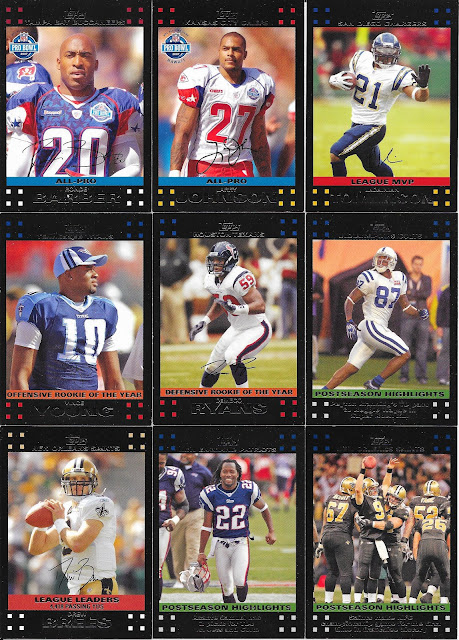 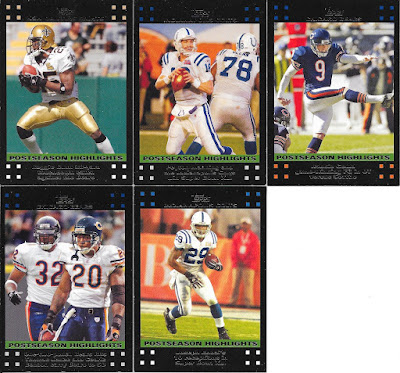 These are actually cards numbered 423 through 436 and obviously cover all of the stars of the year given the subject material. I can understand the League MVP card being a single base card, but that is one subject where I can see maybe a 10 card insert set being a good idea - or even a card a game from the year outlining the MVP season. 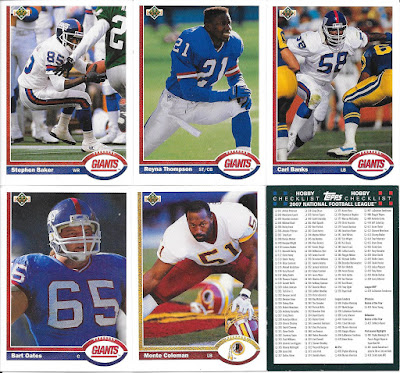 Giants! Nothing more be said...but I don't want to ignore Coleman just based on the fact that he did spend his whole career in Washington. I always appreciate any player, any major sport, that is able to do that.