First off, I was able to pick up a couple Parkhurst Rookie Maple Leafs from a lot on Listia: 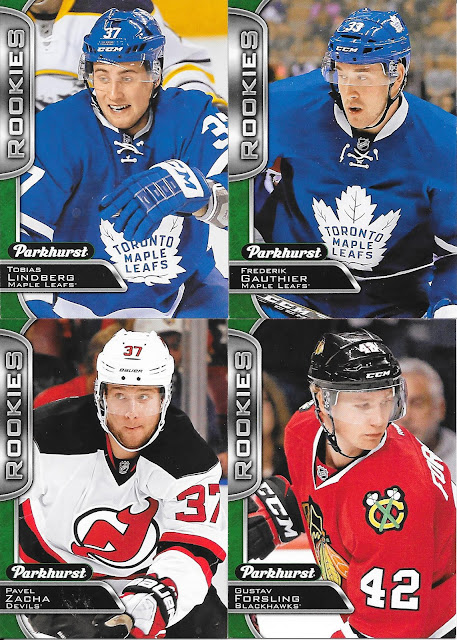 Yeah - Leafs have plenty of rookies this year, so nice to get a couple more in card form. I still like the Parkhurst Preview ones better, but these are pretty nice too.

Plenty of McDonalds related cards today from the Santa Lot 20, so let's take a look at what we have... 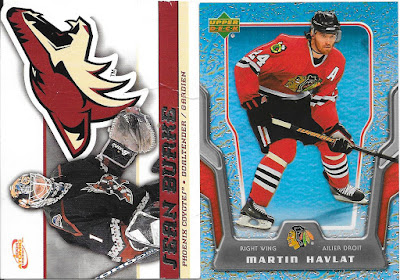 Another set that seems to be in not the greatest of conditions is the 2003-04 McDonalds cards. The one here is fairly rough with a couple heavy bends in it, but for the time being, I will be keeping it, though I may replace it if I decide to complete the set. Along with it, one 2007-08 McDonalds card, unfortunately only one keeper as you can see a number below. 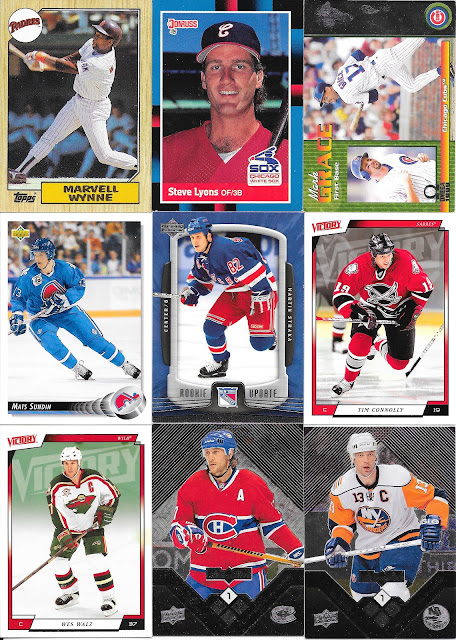 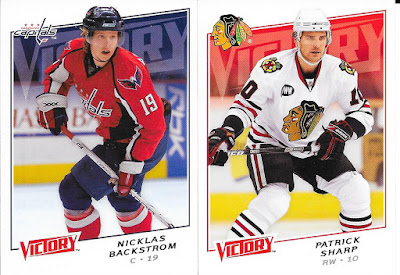 Yay - baseball cards! First of the 1999 Omega I have seen in hand, and it just seems very typical late 90s in the level of "busy" in the card. The good, the Steve Lyons card reminds me of his pant drop at first base during a game. till a classic. 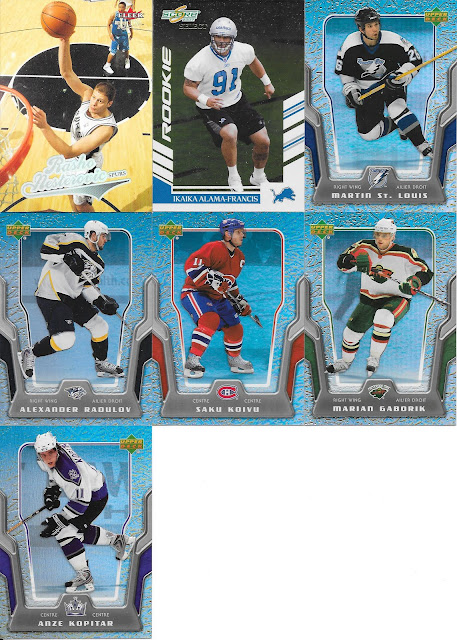 As I said, lots of McDonalds cards here that are dupes. Still, quality cards at the very least, but still dupes.