Okay, so not the most creative of names for the post, but at least you know (for the most part) what you are getting. I can respect the abilities of Pedro Martinez on the diamond, but generally from his attitude and in some cases, actions, specifically his interactions with Don Zimmer, I'm not a fan of the man. 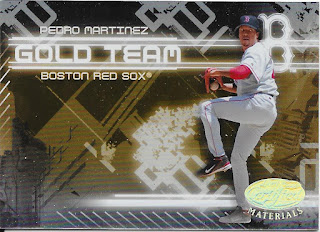 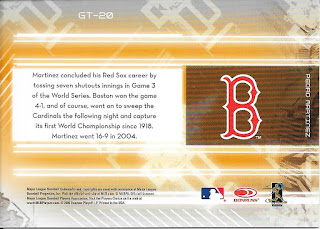 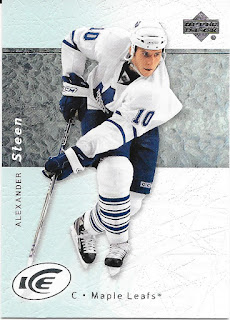 Doesn't mean I don't really like the look and feel of this insert card. Maybe a bit too much empty space on the front that much more could have been done with, but a nice insert from a solid set.

Add with that the Leaf 2007-08 Upper Deck Ice card for Alexander Steen, and these pretty much make up for the excess football you'll see later. 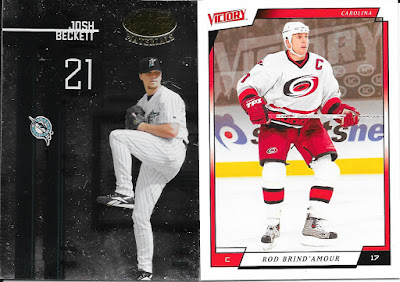 Nor much, but have to like any of the 2005 Leaf Certified cards. 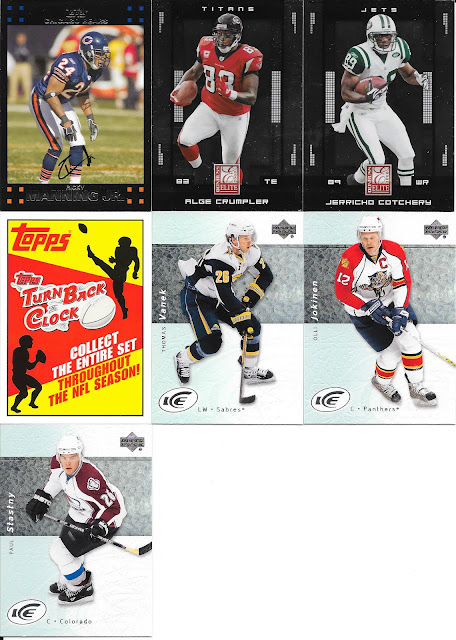 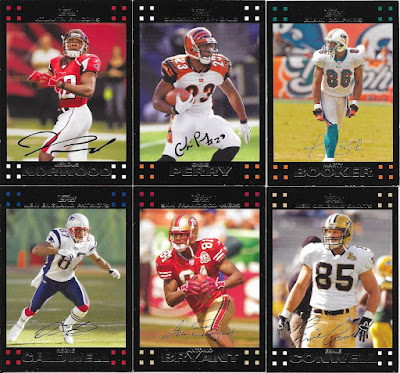 Well, I took a look and out of the 500 1991 Upper Deck football cards, I have about 77 missing (this doesn't include the last 200 which are really the high number or update or whatever you would like to call them, cards). More 2007 Topps football, filling a couple holes, and unfortunately no other new Ice hockey cards in trying to complete that set.

Still...that gold Pedro sure is nice...