I miss the Grizzlies. As much as I "didn't like them" as in, being a fan of the Raptors and they being the other Canadian team - it was similar but not nearly as rooted as Leafs/Canadians in hockey, I appreciated having a second Canadian team. 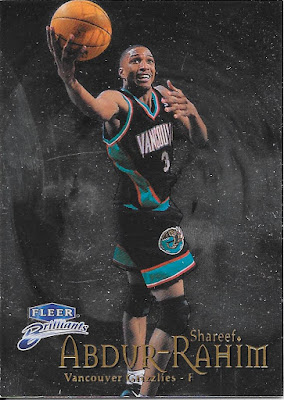 A shame the team left, but understandable as to why. I'm not sure when/if another Canadian team in the NBA would be viable, but one of the last stars of the team was this man. That said, it is the card itself - Fleer Brilliants is a very snazzy set. This isn't as nice as the Kobe card that came across a while ago, but good enough still to make highlight. 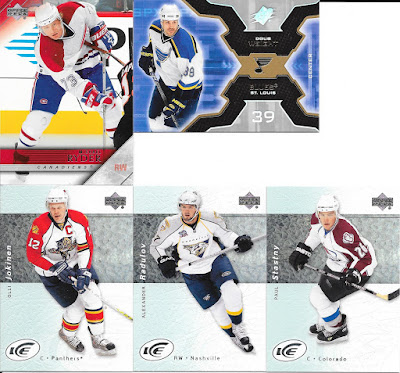 Nice to get the Doug Weight card - SPx is different enough (and these are about the only horizontal card set I actually enjoy as a whole, more would be good. 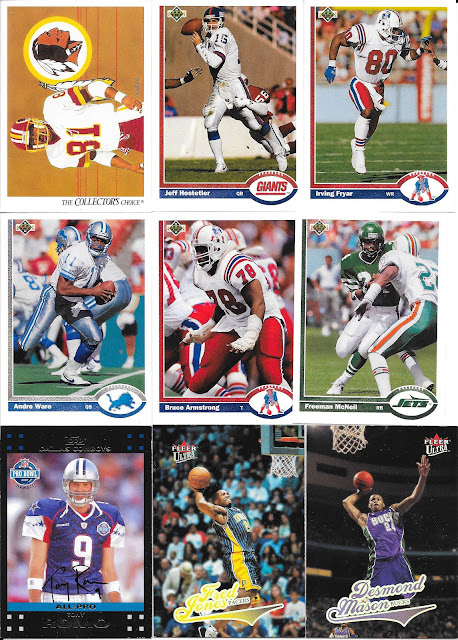 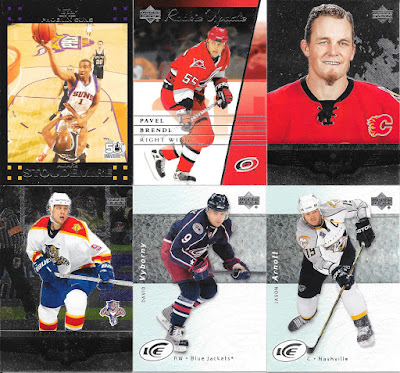 A few of the 1991 Upper Deck football cards were actually ones I hadn't seen, so that massive set continues to grow. Other than that, a splattering of other sets which we have seen and cards we have seen.