Not the most precise of nicknames, but accurate enough for what I remember most of Nomar. We will get to him a bit later though... 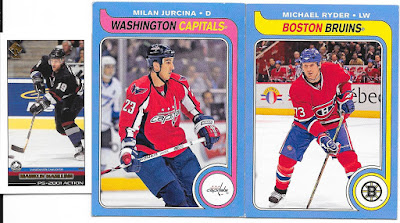 These PS-2001 Action mini cards are a nice little collection. The set is all of 60 cards, and given their size, it would be a set you could fit in your pocket. I don't think we have seen enough that I'll get close to completing the set, but may end up with 10 or 12 of them. 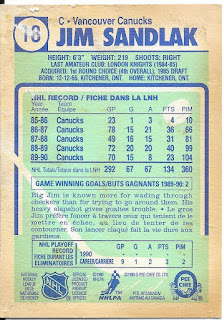 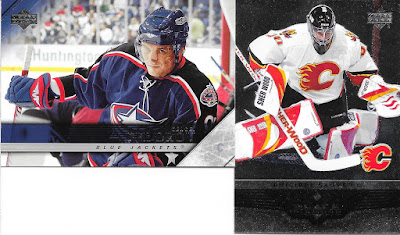 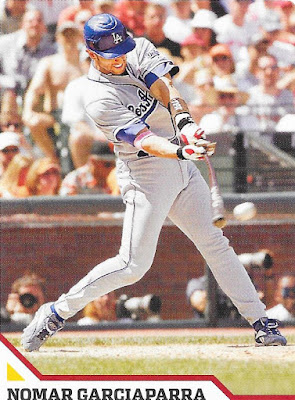 Oops...cut the Nomar card off a little bit there...I always think of Nomar as a Red Sox star, even though he spent some time in LA as shown here. Also always remember his pre-swing ritual which ended up, in large part, basically being banned from being shown in some games because of how long/detailed it was. I'm sure there are others who had similar rituals, but he definitely stands out to me as one of the most...prolific...

Also need to say, that Fedorov card is one that really shows his veteran age. Can see more, the grizzled veteran here than other later cards he has out there. 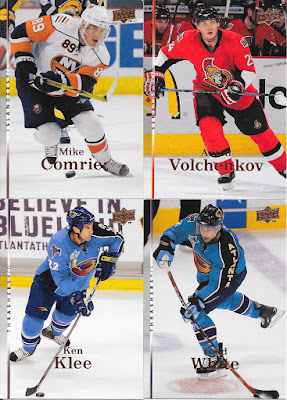 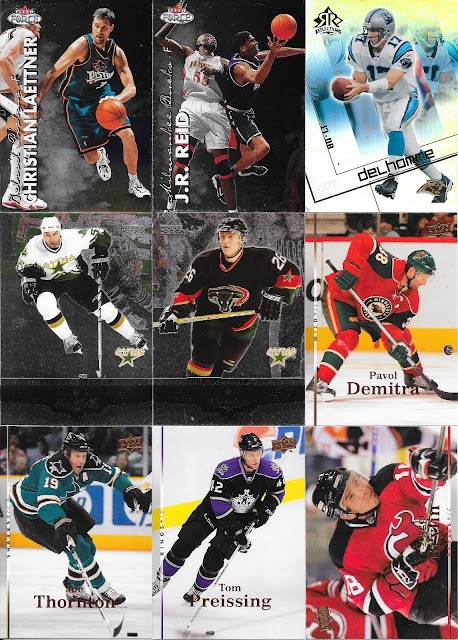 A whole lot of 2007-08 Upper Deck dupes here.Unfortunately nothing that was needed, and many I already had at least one copy of, but can't win them all...but wow, those reflection football cards sure scan beautifully.