Any time you can say an entire pack was a highlight is a good day - and that is what we have today. We have had a stretch of cards from single sets such as 1991 Upper Deck football, but today we have a number of cards from a single parallel set, though the set shouldn't be a surprise. 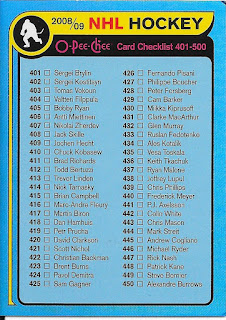 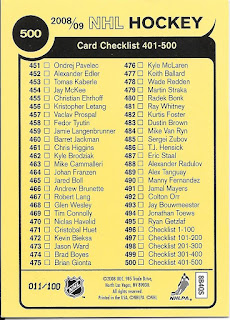 I almost missed that the Rainbow retro parallelo for 2008-09 O Pee Chee hockey was serial numbered because it is small and in the back bottom left corner, but there you have it. How awesome is a checklist being serial numbered? 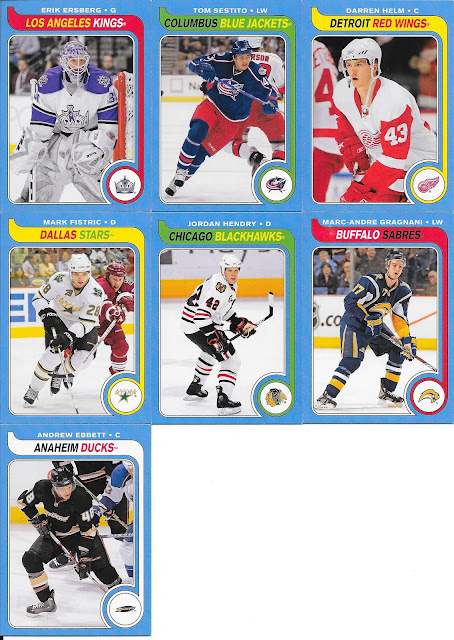 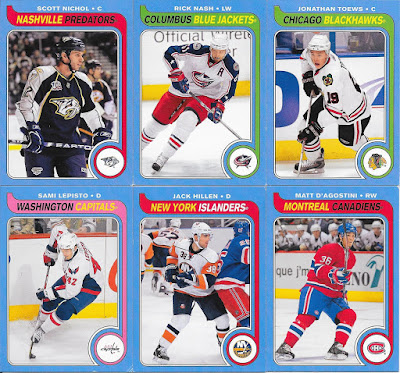 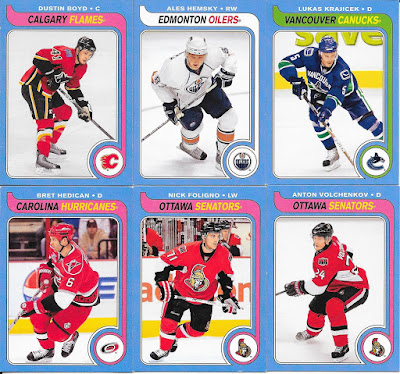 I could be disappointed there are no Leafs here, but I will instead focus on the fact that I needed all 19 of these and now have over 85 of the retro parallel cards. As I said, doubt I will finish this set, but really like getting these and increasing what I do have.

Awesome 20 today, even if there isn't much to say about them other that, they really do look great together and would be nice in a binder...but let's not get ahead of ourselves on the set as a whole.

Though REALLY pretty would be the rainbow serial numbered parallel as a set....