Patience is a virtue, and for a couple sets, a virtue needed because the gains now are slow in getting the base sets closer to completion. 2004-05 Legends Classics - we haven't seen much in a while - and 1991-92 Pro Set Platinum which has been a splattering of cards here and there throughout.

A few adds to these sets, which is great. The Essenza photo seems off centre - or just emphasizes the stick way too much. I like the Bathgate card if for no other reason than, the write up on the back includes noting he won a Stanley Cup with the Maple Leafs...hard to remember that some players actually did that back in the day. 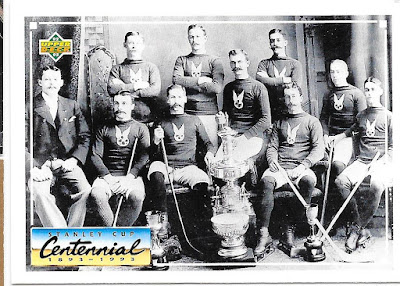 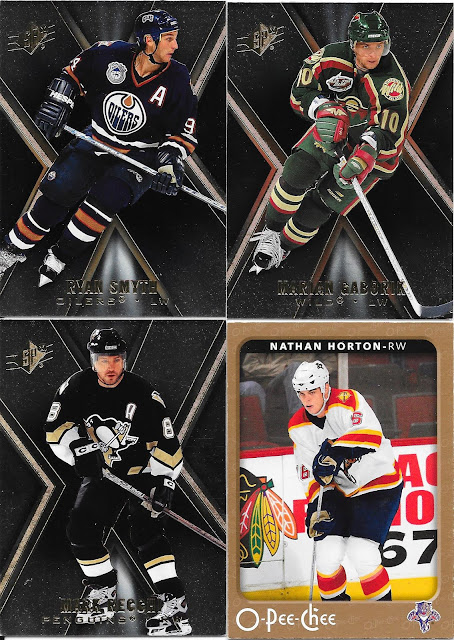 The Stanley Cup Centennial card is very nice, even for early 90s Upper Deck which was otherwise quite standard. Add in the not often seen 2006-07 OPC and some mid 00s SPx, and these are some decent keepers. 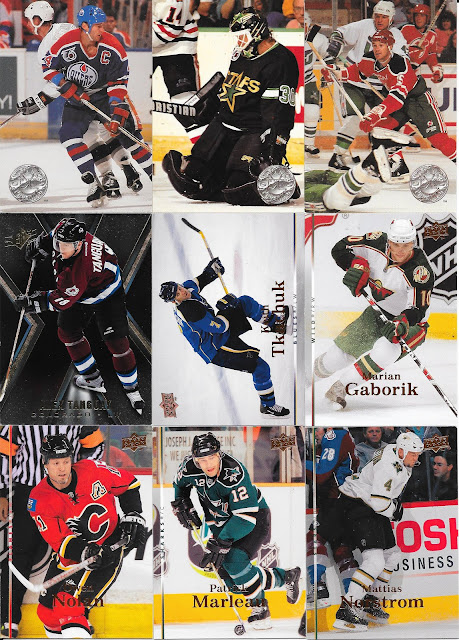 More dupe 2007-08 Upper Deck, but my favorite here is the Casey card. This is a great goalie card photo - and more centres than Essensa's card shown above.