I will say right off the bat, many people won't consider these error cards in the usual sense of the word. We generally consider error cards to be errors on the card, be they grammatical, incorrect picture, incorrect stats, etc. Personally, I would also consider the following highlight card one as well... 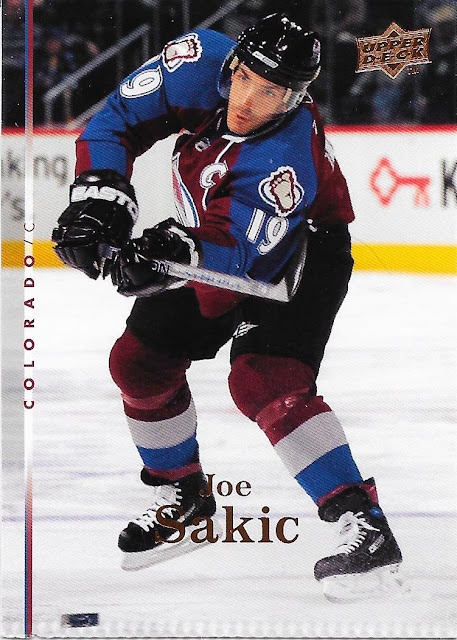 I needed this card for the 2007-08 Upper Deck set as it was, but will need another one because this will be kept as an error card. You can see that the bottom of the card must have been caught when packaged and crimped in the machine during packaging. Actually, it is a nice even crimp right across the bottom of the card, so as good as such an error gets. 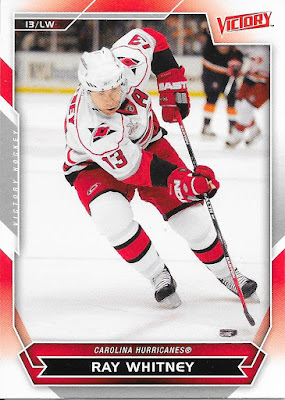 Just the one other keeper today. Ray was nearing the end of his career here with 15 seasons under his belt. 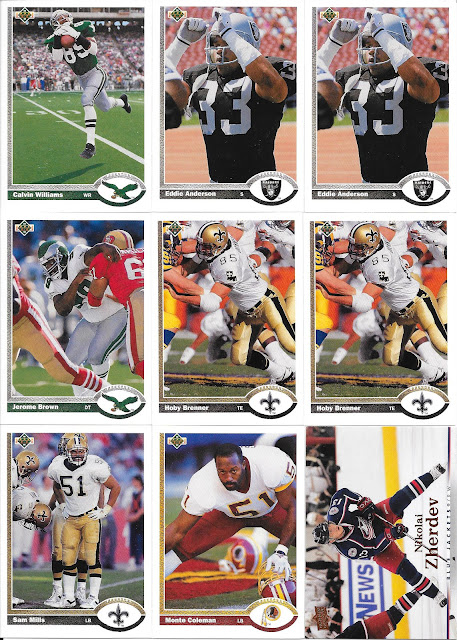 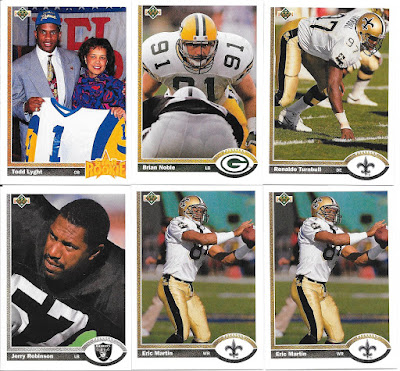 Todd Lyght...looks like somebody called his momma. Wonder how many cards there are with family members included. There would be obvious ones such as brothers playing in the same league or in pro sports, but how many of these not so typical ones...that would be an interesting collection, though probably fairly small. That all said, I have absolutely no idea if that is who is in the picture with him - but just an educated guess.

Also a shame to get a couple dupes in the same 20, but since I am getting 3 or 4 of these 1991 Upper Deck football cards as it is, guess it doesn't matter much getting them together like this, or in separate pulls...