One more month to go for my busy season...this is about when I can start seeing the light at the end of the tunnel. It is also about now that I envy the US where the tax filing deadline is mid-April, though I know the US has filing extensions so returns can be dragged on and be done later, whereas Canada's filing deadline is end of April period (okay, self employed people and their spouses have until mid-June, but I digress).

Well, one way that helps be get through...looking at some new sports cards every day! 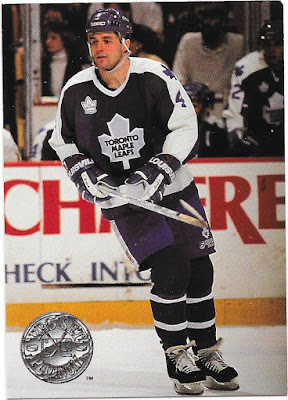 This is the third 1991-92 Dave Elliott card to the collection. 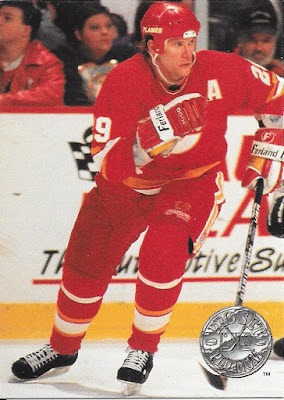 Down side - just one...up side - keeps moving the 1991-92 Pro Set Platinum set. The bonus - Joel Otto always reminded me of Otto the bus driver on The Simpsons. I can't believe how long running that show has been, though I watched plenty in the 90s and early 00s, I feel out of regularly watching in university and never got back to it. 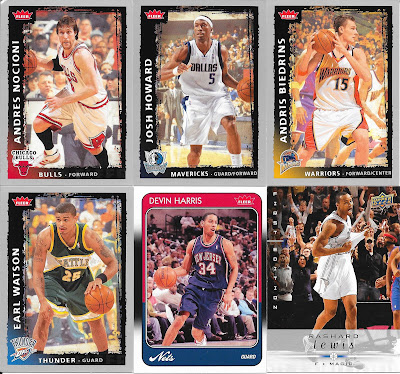 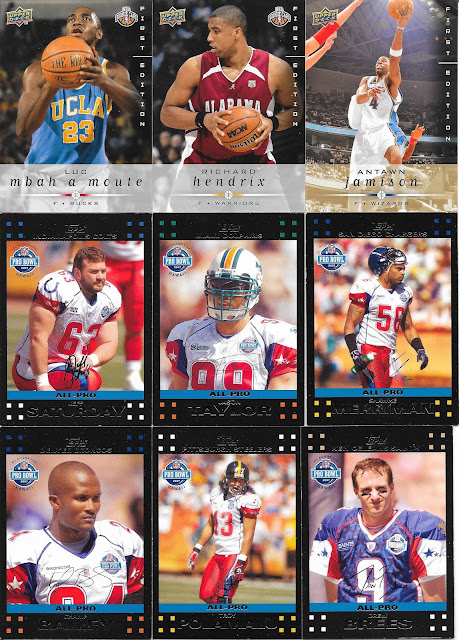 First Edition - I have just seen a couple of these cards from Upper Deck basketball though Topps, Fleer and Upper Deck produced sets at one time or another. I don't mind the design, and I can appreciate the simplicity of the gold parallel set. The string of 2007 Topps All Pro players isn't too shabby either.

Troy's card would have been much better without a helmet, and with a bit of wind in his hair, but again, I digress.