A Rosenort by any other name

Received the cards in a trade I had with Rosenort from tradingcarddb.com. It was originally just a few cards, but Curtis sent a number of extra cards with those in the trade and today is as good a day as any to take a look at what came across. 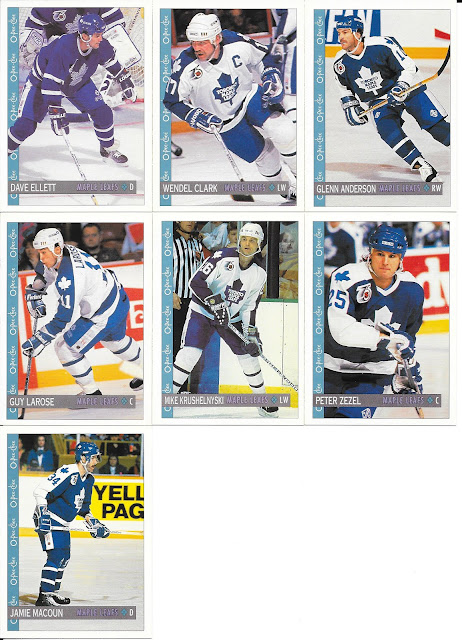 I don't like the 1992-93 O Pee Chee design - EXCEPT, with the Leafs, the light blue accent is okay (not excellent, but OK). Still love seeing the C on Wendel Clark. 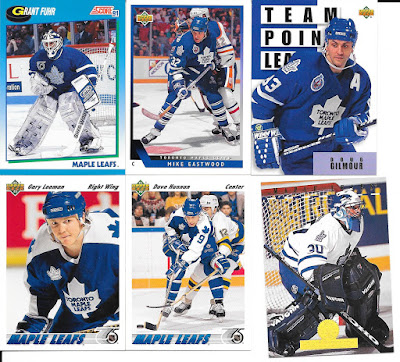 Other than Eric Fichaud's card trying to run away from the rest of them here, and trying to hide by being near impossible to read the name on due to the foil....still a nice card in hand. Maybe not as nice as Grant Fuhr (who I still always consider mainly as an Oiler), but decent photo nonetheless.

Also, like Clark, always love getting a Gimour card. 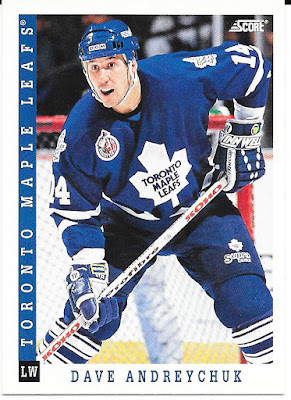 I think a lot of people forget at times that Dave was quite a sniper at times. This 1993-94 score is after his 92-93 season in which he had over 50 goals between his split time with Buffalo and Toronto.

As much as I love getting the early 90s cards, there were a few newer cards also... 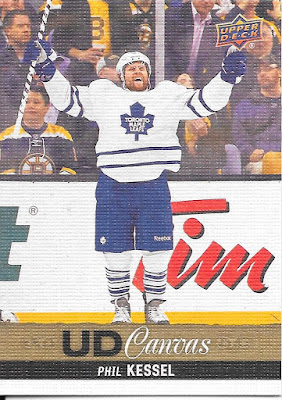 The Canvas cards scan nicely as far as being able to see the texture. I never really got on the Phil bandwagon in Toronto, but a Leaf is a Leaf, so into the collection he goes. 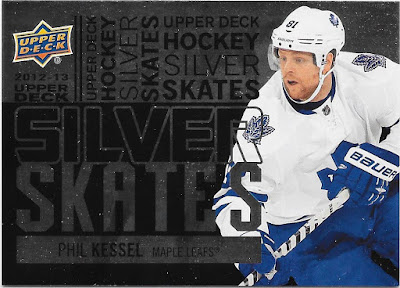 More "design" to this insert Kessel, and atleast it scans so you can read the card, but I prefer the Canvas design and picture. 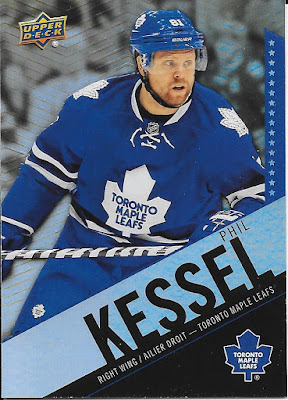 Yes - a triple Kessel combo! More of a basic photo in this 2015-16 Timmies card, so my preference of the three is still the Canvas card, but all three are great adds to the collection. 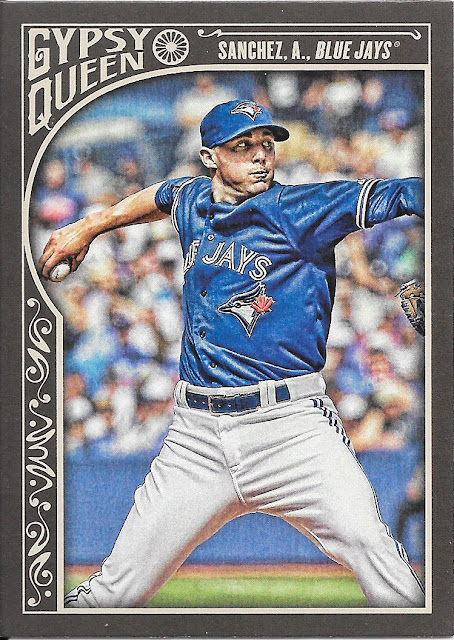 Yup, one Blue Jay! I like the different look, and older look of most Gypsy Queen sets. Might be my favourite card of the ones I received from Curtis, even as the only Jay. With that I'll end the post today, though with one last big thank you to Curtis for the great cards. I look forward to being able to trade again with you some time soon!