The first "sorta kinda" insert cards that I ever enjoyed seeing or getting were the 1991 Donruss MVP cards. It wasn't a new thing, and in 1991 was part of the base set cards, but before that, it had been an insert set. 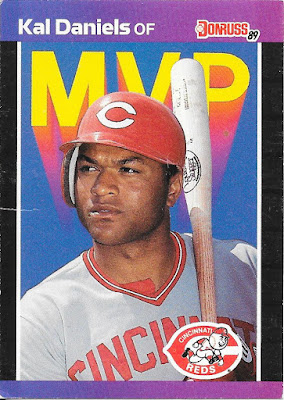 This isn't the greatest condition, but I will take it. A nice insert MVP card from 1989 Donruss. Kal definitely has a tough guy look on his face here. You can see the slight dent in on the mid-left of the card.

An odd trio of hockey cards...1999-00 Pacific which is a nice set we don't see a lot of, the 2002 Upper Deck Rookie Update Iginla is a second and a keeper because the first was nicely erred in it's centering, and lastly a sticker from 2005-06 which is half of a large picture, and one of only two stickers from the set to come out of the Santa Lot so far. 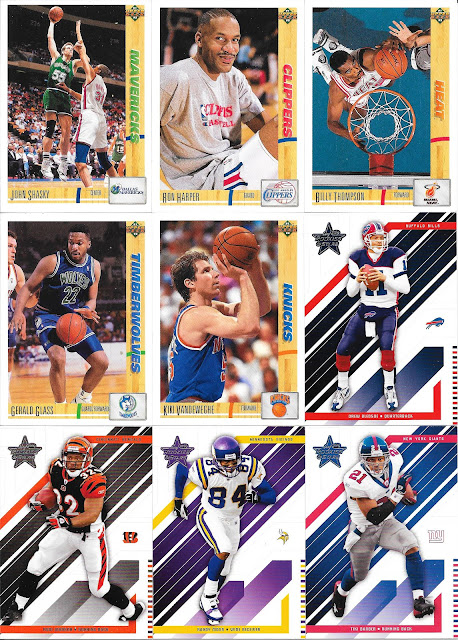 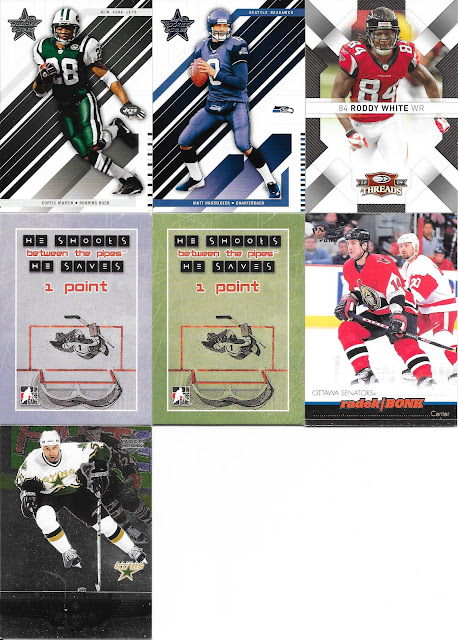 Seeing more of the 1991 Upper Deck Basketball, it is kind of growing on me...though the redemption points cards are not.

Also, a couple cards of the 2004 Leaf Rookie and Starswere new for the set which is inching along.

That said, let me know if you have any interest in any of the traders!