I don't normally do this, but I was at Toys R Us and actually saw a retail box being opened, and thought I might as well grab a few packs knowing that they have not been picked over yet. Well, given what I got - I shouldn't have bothered, though I did end up with one pack for my unopened pack collection... 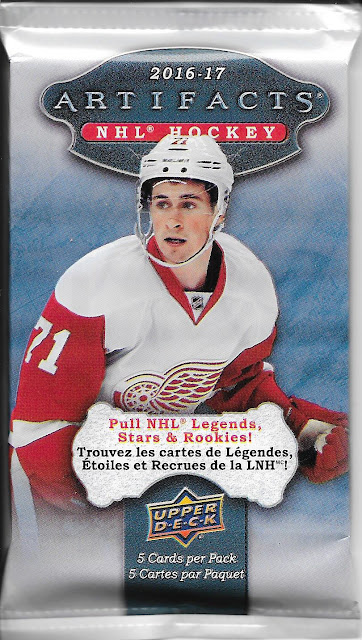 As noted, 5 cards per pack in the retail version, and not nearly the hit rates, but let's see if we get lucky in the three packs I opened: 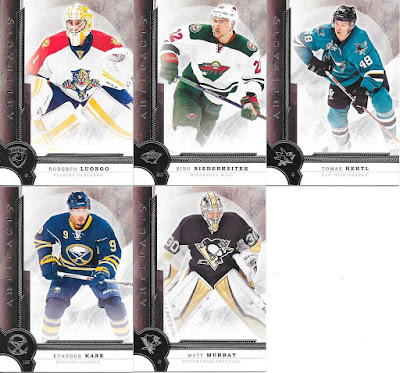 5 base cards..so nothing special. The base design is nice, standard fare for Artifacts. I don't like it as much as some of the past few years, but it is fine. Like the Luongo and Murray cards here - the goalies tend to look better in this design I think, just because they take up more speca in the photo front. 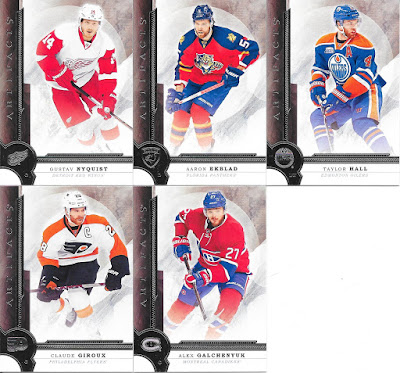 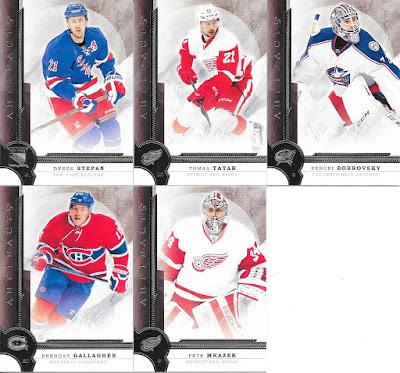 Again, like the goalies here as well, but getting 5 more base cards and no Leafs make this a disappointing three packs overall.

Disappointing, but I will say, the base is still nice enough, if I got anywhere near half the base cards, I'd likely try and complete the base set - Artifacts are just such nicely constructed cards with above average designs in my opinion.