Some new pickups first from Listia...

3 random base 2016-17 Tim Hortons cards worked out well, as all three were needs. 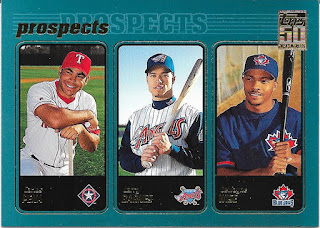 I picked this up as a single card win. I like the prospects that don't work out that great - makes them oddball in a way since there isn't much chance to get cards of such players. 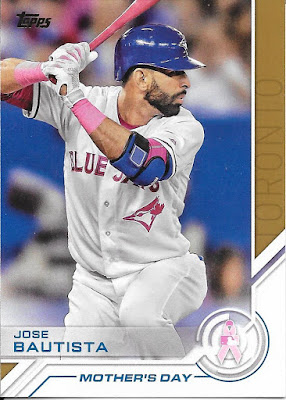 This would be the best recent win. The Bautista Mother's Day card. Have to love the pink bat and uniform...very....unique. 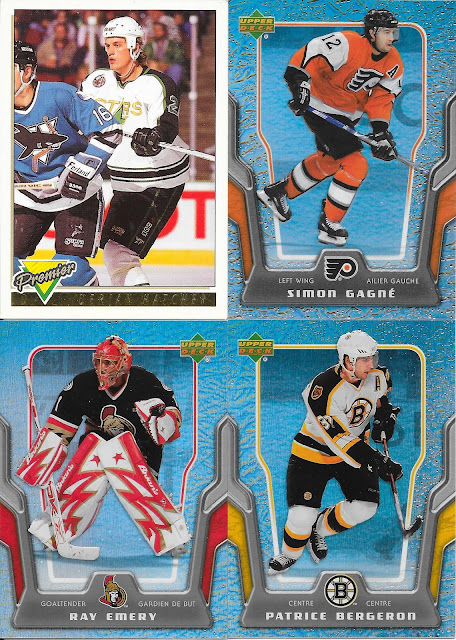 Love getting three more 2007-08 McDonalds cards for the set, but more impressed with the 1993 O Pee Chee Premier Gold parallel. Early use of gold foil which probably then got over used for way too long over the names on the front of the cards - so hard to read.... 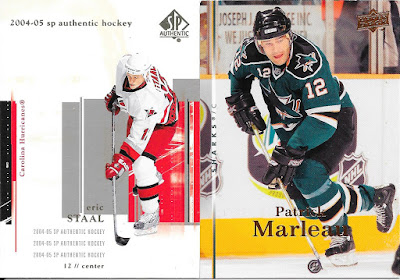 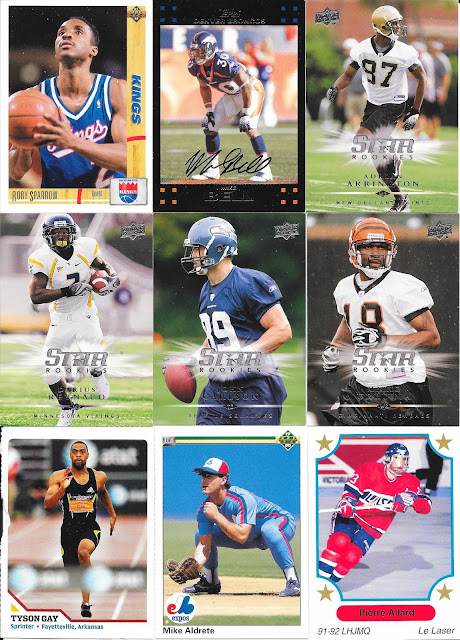 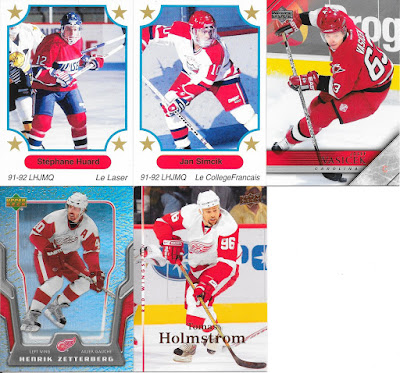 Tyson Gay - first track and field card we have pulled here - a great runner in the 100M. Also interesting to not that of the 2008 Upper Deck football cards, it seems to be all of the rookie cards we are working through - and that is not a bad thing at all!