With odds of showing up at just less than one per box of 24 packs (it's every 25 packs), it takes to this last pack being opened to get one of the base card blueparallels. 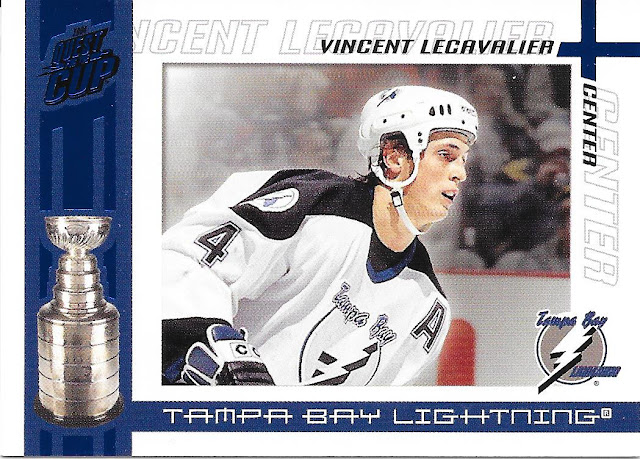 Outside of getting a Lea,f, given the blue foiling on it, a Lightning is a great next option.
I don't think it would look nearly as nice with players from say Boston or Pittsburgh, but pretty darn sweet here. Vinny's a good one player wise too. 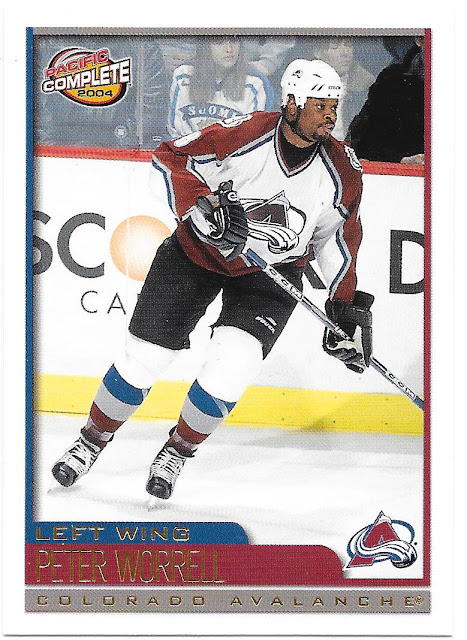 The last Complete set card and then ending with three new base additions..

So, through the 21 packs (because I saved 3 for the unopened pack collection since there were three different front designs for the packs), we have 72 of the 100 pure base cards, 2 of the 40 high numbered base, and 20 new "Pacific Complete" base cards where that set is really inserts from a number of Pacific set releases.
A fun little box and again, would have been happy picking up a second, but I didn't.

So, where does that put this box...

There have been a number of solid boxes this year, but we hit the top 10. Tomorrow...something else...not sure what yet, but come back and we will see what else there is to show!
Posted by CrazieJoe at 8:00 AM