This pack, let's start with a sour legend. 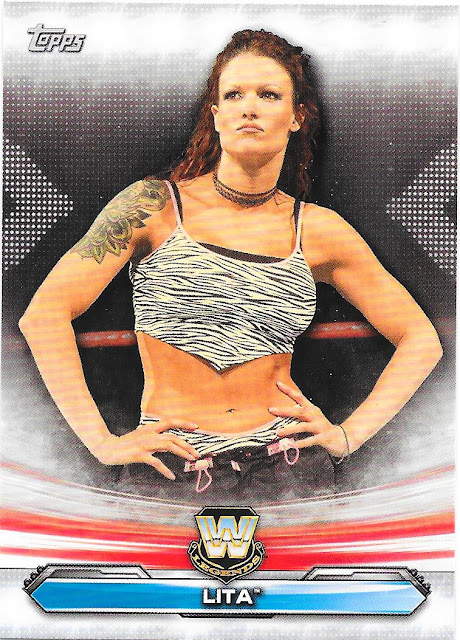 I can't tell you when this pic of Lita was taken, but definitely a bit pouty in this one. Given Lita was a bit of a high flyer, maybe an aerial shot would have been better. Just not from the RAW main event where she won the title, but looked like she killed herself diving to the outside. 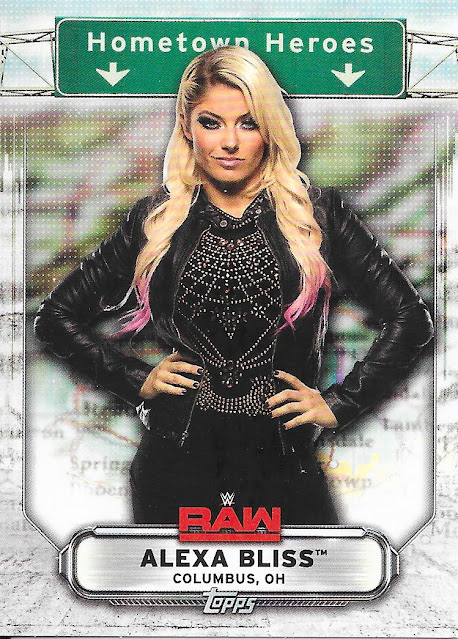 All I can say is - lucky Columbus. As for people not from Columbus... 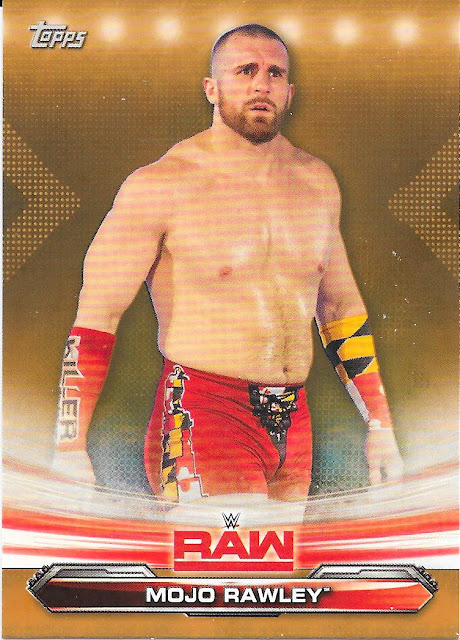 Personally - still trying to figure Mojo one - he always just seemed to be there and other than the short Hype Bros run with Zack Ryder, hasn't been able to put things together. Thought it may happen over the 24/7 title, but no such luck.

Lastly, the base cards... 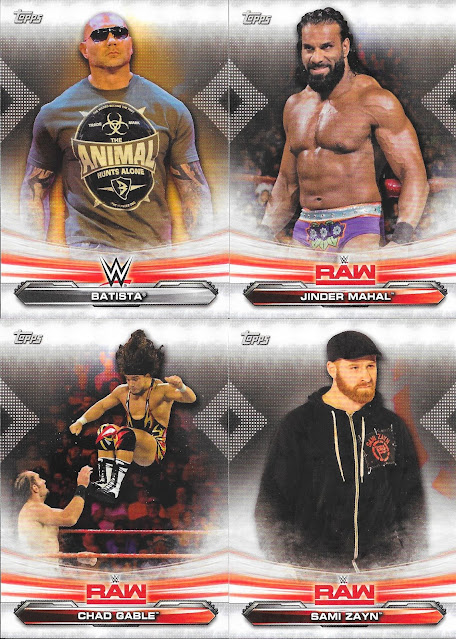 We end today with a first time trade partner at TCDB, Barnaby Crosby. The trade touched ona few base card needs for collections and a couple inserts. 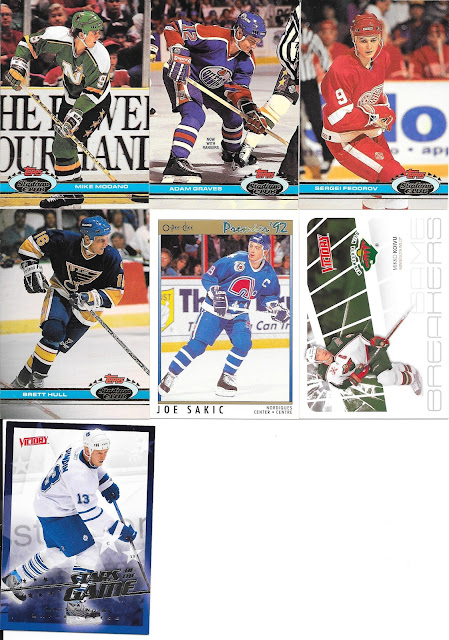 Nice additions all around. The Sundin Stars of the Game is the sole Leaf for the insert set, nice to get Joe Sakic in the O Pee CHee Premier set which is now less than 10 cards missing, and Stadium Club adds are great as well.

The Mikko insert is because I do have most of them, and if I were ever going to think about taking a run at a master set, it would be a cheap product like Victory, and this one is probably about as far along as I have a set

A big thanks for the cards, much appreciated!