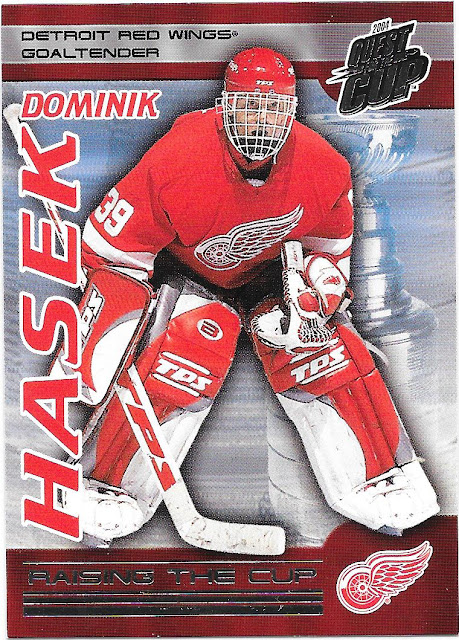 May not be a big fan of this insert design as it just seems a little blah, not too flashy and a player pose with no background, but it does mean I got three of these inserts in the one box, which is better than the odds provide.
Doesn't hurt that it is Hasek who was the dominating goalie of the times (though I still preferred his Buffalo run better). 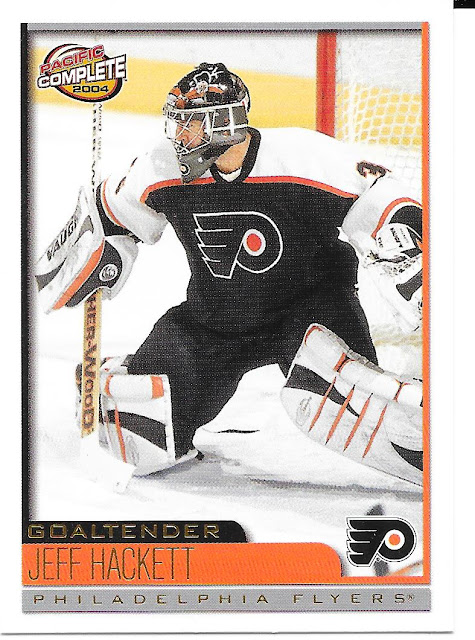 With a career of about 15 years in the NHL, Philly was the last pit stop before leaving the league and he only ended up playing 27 games for the team and went 10-10-6 during those games.
A shame he never did much in the playoffs, only having 4 ventures there over his career, none of which were serious runs to the Cup. He had some bright spots, but man, he had some low points as well. In 1991-92 and 1992-93, he played for the then new San Jose Sharks, who did not have the luxuries afforded the Las Vegas Golden Knights, when they entered the league.
His record was a reflection of the team as a whole, but over those two seasons Hackett went 13-57-2, which is a large part of the reason his career win loss record is 166-244-56. He definitely improved after his first 4-5 years in the league, as did the quality of the team in front of him, but it was a rough start.

Let's wrap up with the base additions....

One last pack to go!