Who else would we be talking about when on the topic of wrestling than... 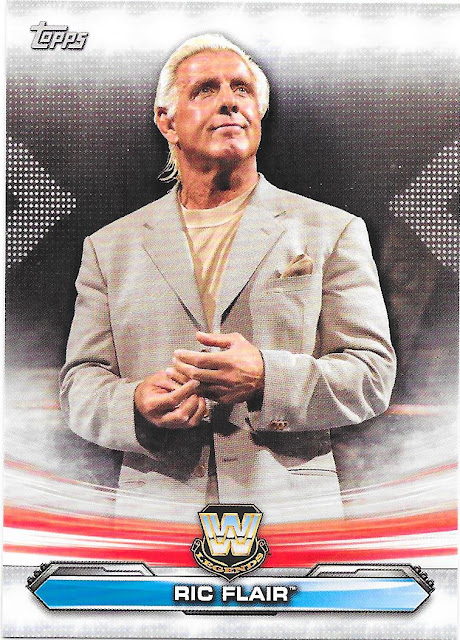 It has been very interesting in hearing the interviews, like his Steve Austin interview, or the Undertaker Last Ride series, where discussion turns to Ric Flair's time in the 00s where he felt like he lost himself and wasn't the great wrestler from the 80s, that he had this huge lack of confidence. Amazing to think someone who is considered top of his craft would have confidence issues and insecurities, but it goes a long way to show everyone that these are issues that everyone has and deals with.
Speaking of issues and doubts... 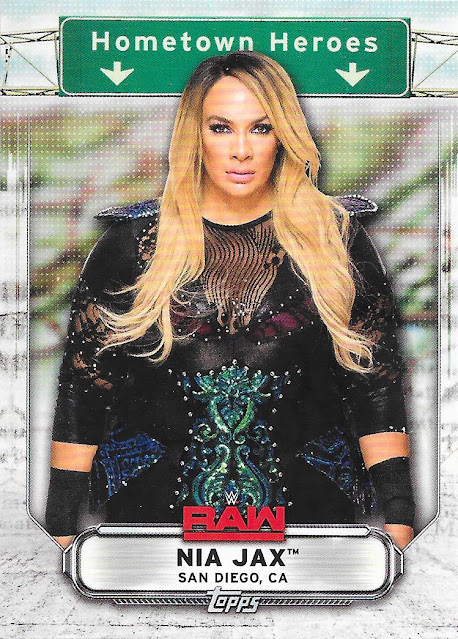 Nia Jax shared many (scripted to some degree or not) on Total Divas and how those same feelings and thoughts were difficult to push through in getting to the point of her career that she has been as of late.

See - wrestlers can be superheroes of one kind or another. 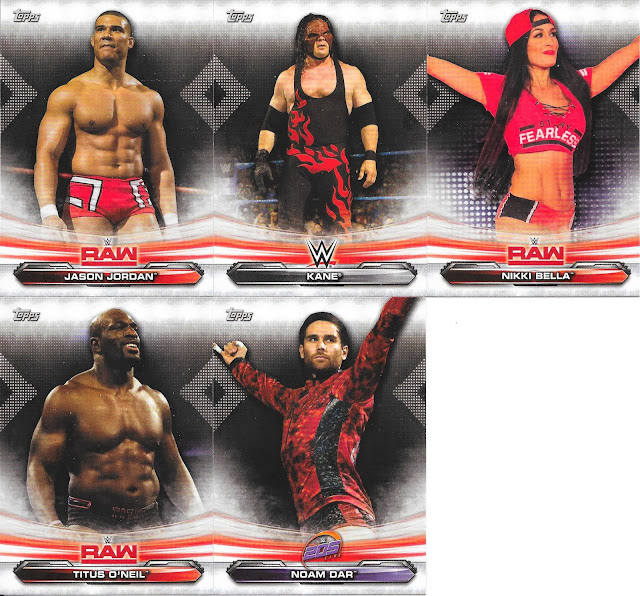 There's a perfect superhero - Titus. I mean, the man can literally fly under rings in a single bound as he proved at the Super Ultra Mega Massive Royal Rumble in Saudi Arabia a while back.

Before we go today, a PWE trade with francoiangers from TCDB which covers some baseball and some hockey too. 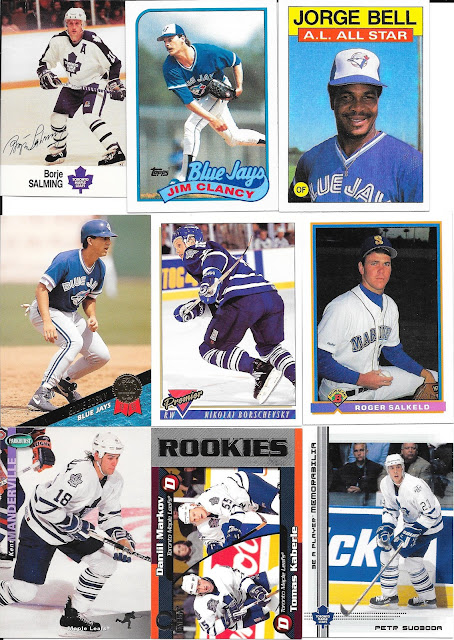 A bunch of blue and one set helper with Roger and 1991 Bowman.
Love the old 80s Esso set, so will always take added copies of Leafs from it (and yes, pretty much any set). As for Petr, this is actually the first Leaf card I have from the Be A Player Memorabilia base set.
A great little trade, and I noticed I am getting pretty close to 10,000 on the Jays counter too!
Posted by CrazieJoe at 8:00 AM