Not only is today's pack another full pack of new cards... 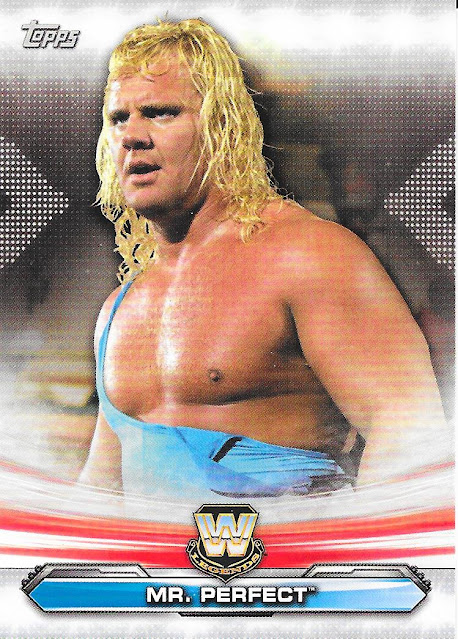 It's perfect. Mr. Perfect was a great character, and Curt Hennig played it so very well. Sure they are hockey now, but watching the original vignettes from before he first debuted, it was great to see him look perfect in every sport or everything he tried.

It's because of Mr. Perfect I spent a lot of time learning to spit my gum out and swat it away as it fell to the ground. 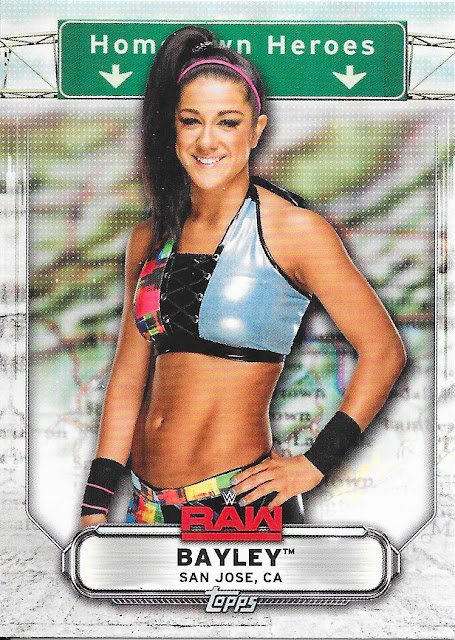 Bayley pre-heel turn. She was John Cena lite, but they let her turn and I think overall it worked very well. 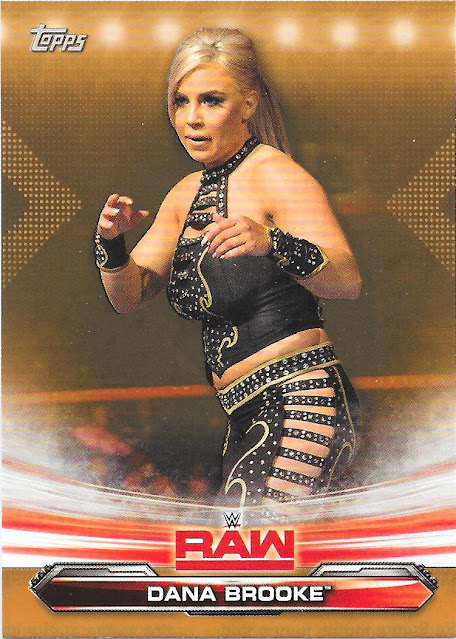 A nice bronze Dana and let's see the base... 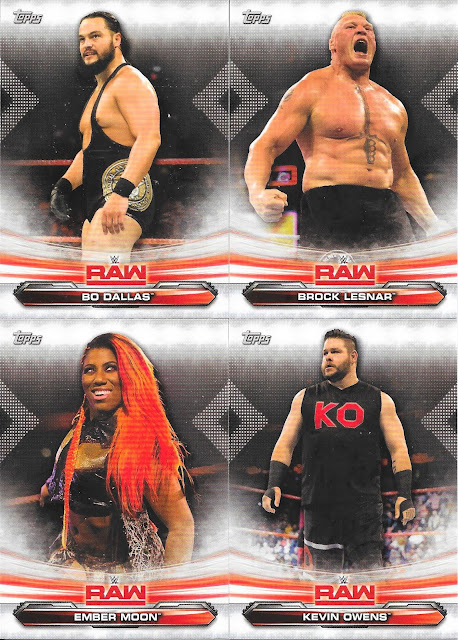 A nice quartet which include the beast incarnate and Ember with those wild looking contacts.

Another solid pack and getting close to half way on the base set.

Speaking of perfect - let's look at a perfect little PWE. Well, technically 2 PWEs as the trade was big enough to require two envelopes. I sent off some unneeded baseball and received a bunch of cards from TCDB member Jamie Haydu... 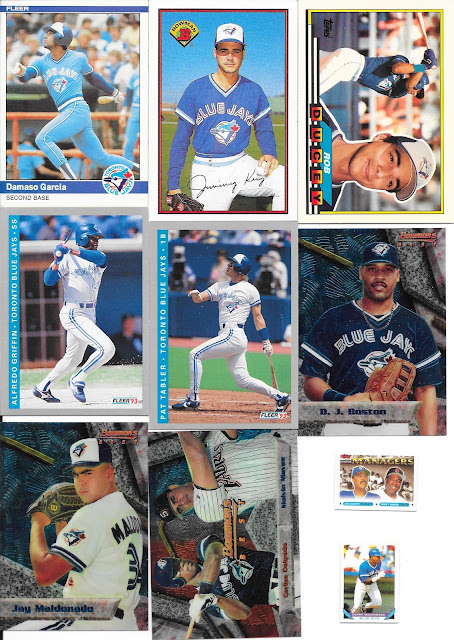 Honestly - I don't know what the draw of the Micro cards were. There is no way I can read any of it, they are easy to lose, and other than the "small things are cute" factor - I don't see anything redeeming about them.
Maybe it's just me.
Keeping with the abnormal sizes, we get a Topps Big and Bowman card, both nice adds as I didn't have either, and some mid-90s normal sized but over designed Bowman to boot. 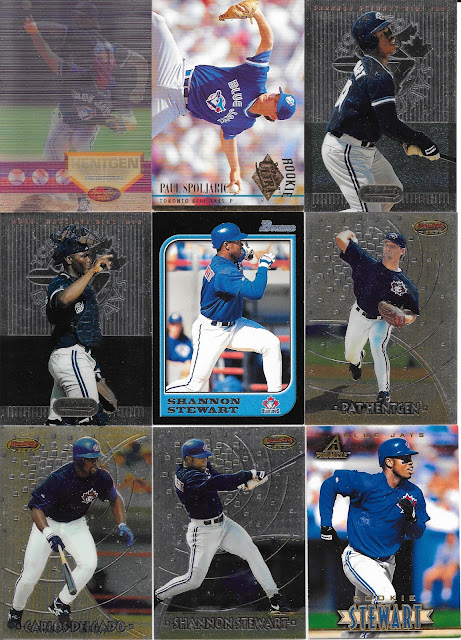 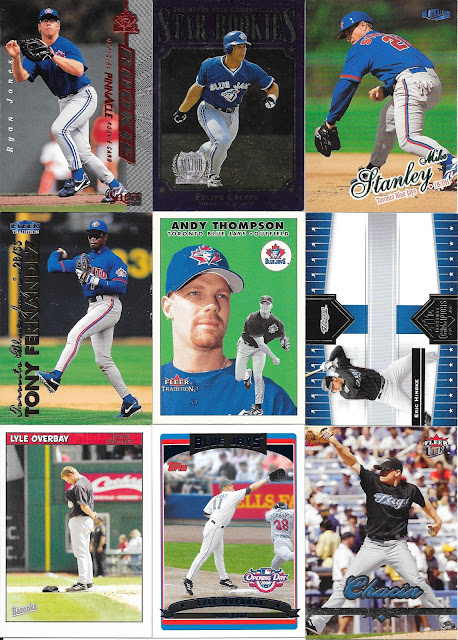 We move into some 00s Jays, Lyle definitely wins on this one with that stoic post and being a Bazooka card. 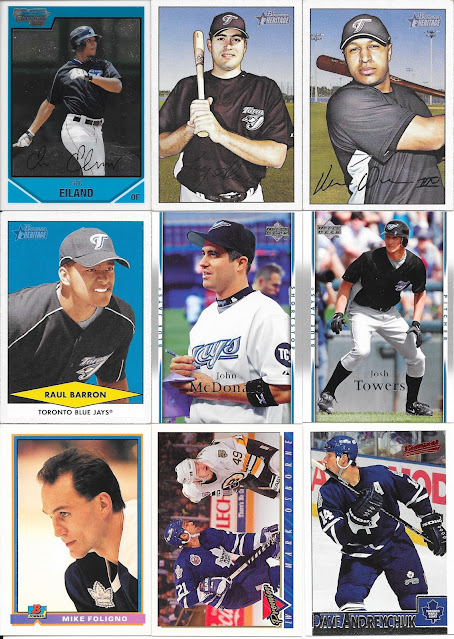 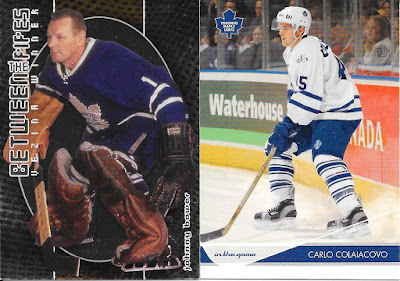 We finish with a few Leaf cards after some more Heritage additions - these of the Bowman variety. Raul Barron was not a name I recognized at all, so I had to look him up. Though drafted by Toronto, he never suited up for a team in the MLB, but did spend a number of years in Mexico.

Learn something new every day - a great side benefit of a solid trade.