Like yesterday, I have a PWE trade with a first time trade partner from the US, that as usual, is through TCDB.com. Tgrs_4_me is, as her name would suggest, a collector of Detroit Tigers, so I happily sent some, as well as a few other needs, and in exchange, go figure, I ended up with some Blue Jays for me. 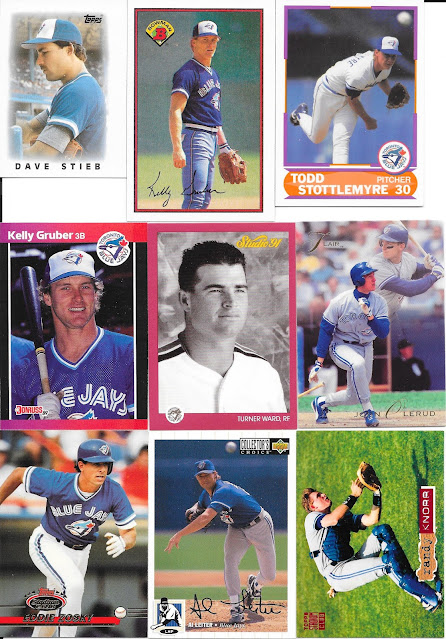 Oh 1989 Bowman, how you annoy me by being that little bit bigger than a standard card. You just stick out that little bit so I have to make sure to take care and grab card piles by the side and not top and bottom for fear of hurting you, even as you look longingly at me Mr. Gruber.
Speaking of Gruber, the 1989 Donruss wasn't the exact variation I thought it was, as it was one I have a few copies of, but that's fine, I don'y expect everyone to necessarily have it coded correctly, and it wasn't a big enough deal for me to specify beforehand, which is on me, but all good.
Also really enjoy those 1993 Flair cards, and this one which notes John flirting with .400 in the blurb on the back - though he did end up at only .363 that year, which is more the Tony Gwynn range of awesome hitting - and that is A-OK! 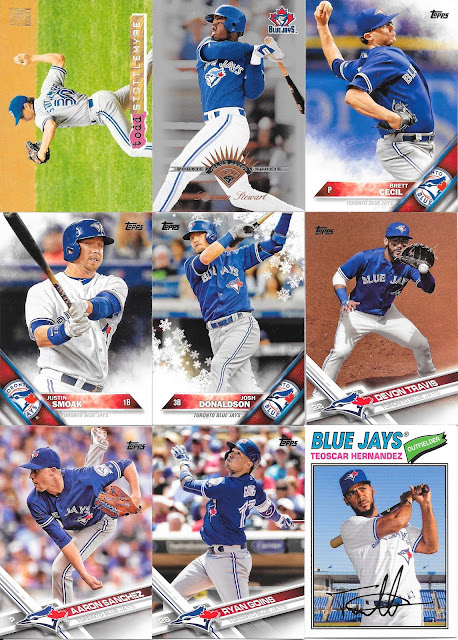 Some newer needs fulfilled too with some more recent Topps base card needs, with a little Donaldson wintery flare in the middle, as well as not one but... 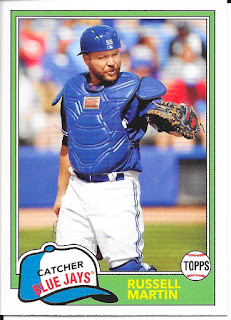 two Archives adds. I really don't see much Archives on shelves in stores anyway, and even for trade, they don't come up as much as other sets, even Heritage. Maybe people don't love Archives as much - I know that would be true for me.
A much appreciated trade, thank you!
Posted by CrazieJoe at 8:00 AM