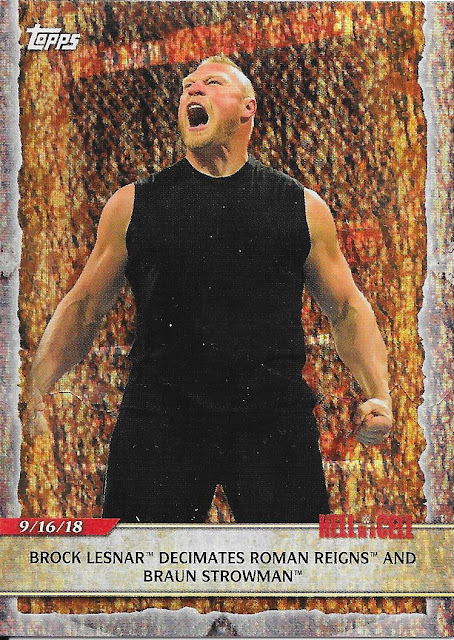 It doesn't get mean bigger and tougher than Brock Lesnar. With Lesnar gone after Wrestlemania, Roman was kind of put into a similar role of trying to minimize appearances and maximize worth.

It always amazed me how great a deal Brock had in minimum matches, maximum impact, and high paid contract. The man can wrestle - he proved that in his early days with WWE and he has huge strength. 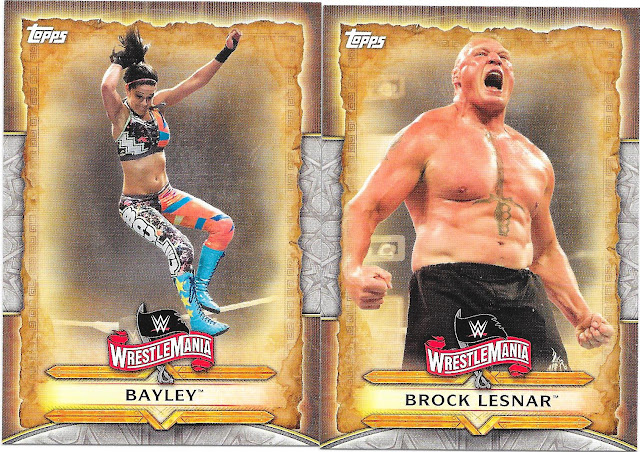 He also shows up twice in this pack! Already had both these Wrestlemania cards (dupes again, as seems to be the course here). Still, the man makes an imposing figure, and a mean mean man. 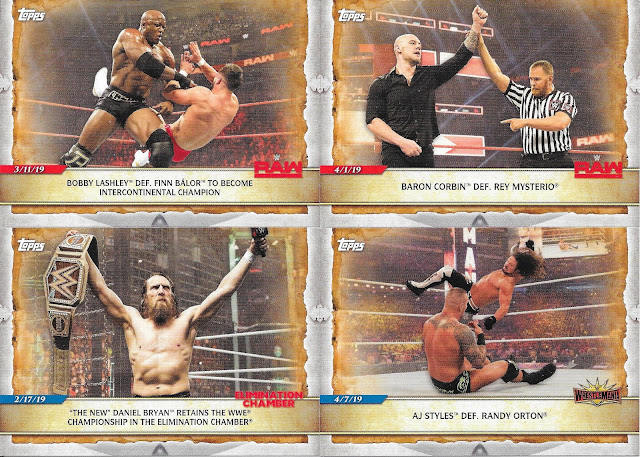 We end with another 4 new base cards. I was disappointed by the Daniel Bryan heel gimmick which was all pro-environment. I thought it was "fine", but they could have done more with it. Can't always run the way you like I guess.

First, a PWE trade, half of which are cards for other people, so won't show those here, but will show a few keepers here. The trade was with first time trade partner and fellow Canadian - Plach1102. 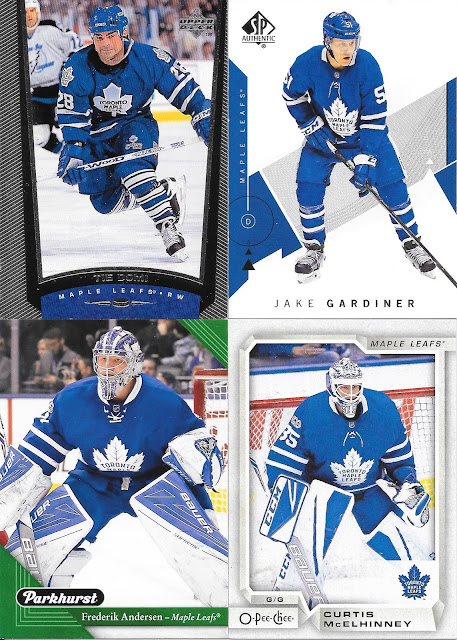 A quartet of Leaf cards, all new ones for me. Newer cards are still few and far between as I don't even bother updating my TCDB because of the time involved, at least not often. They are very much appreciated though!

Last up...a cheap Listia win that isn't new, but is still a Jay! 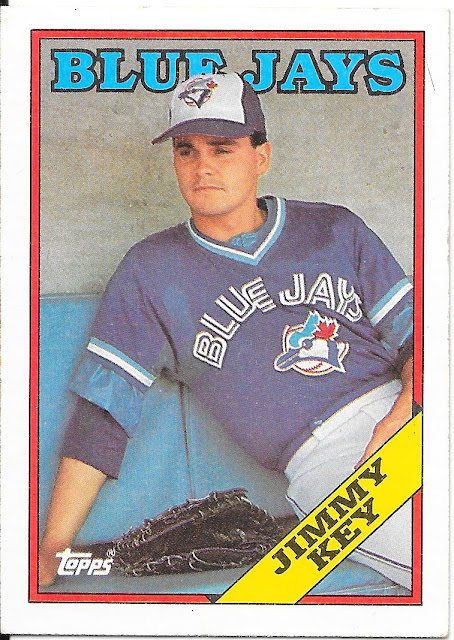