A few little items here, and we will leave personally, the best, until last. First, I continue the slow build of the 2014-2015 Upper Deck Artifact base set of 100 cards with another one knocked off - a Whaler great (if not the Whaler greatest): 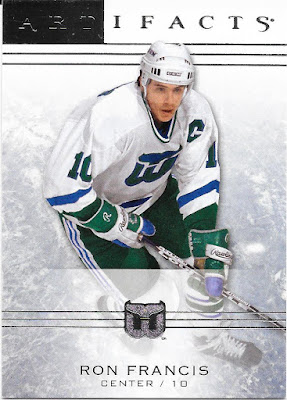 This was from a Lisita win.

I also completed a couple small trades with new TCDB members (or new to me and trades). First, newfie who wanted a 2008-09 O Pee Chee base card and sent me these... 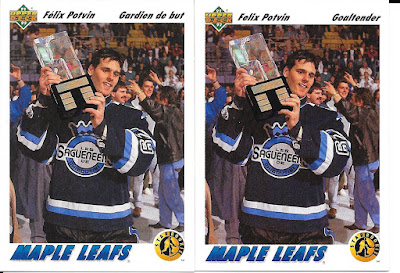 Nicely takes care of both languages for the card, and a nice pic of an exhausted Potvin.

Lastly a quick trade with mrlover from whom I got a few more Leaf needs filled: 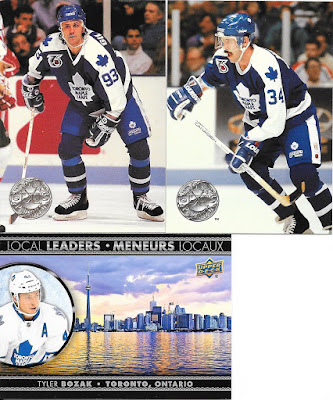 But more importantly, the last card I needed from this massive junk wax set... 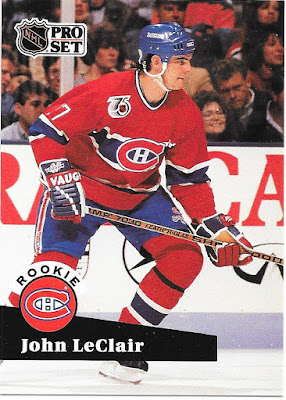 Woo hoo! I had started this set back in 1992, and had it down to about 10 cards before putting the sports cards away for what was about 17-18 years. Since pulling them back out, I was able to get a number of the needs until this was the last one left. I didn't even make the offer for it, but simply got an email with this offered up. A huge thanks to mrlover, and appreciate this set being done - super happy!