Getting a couple Leafs out of the Santa Lot is always a good thing... 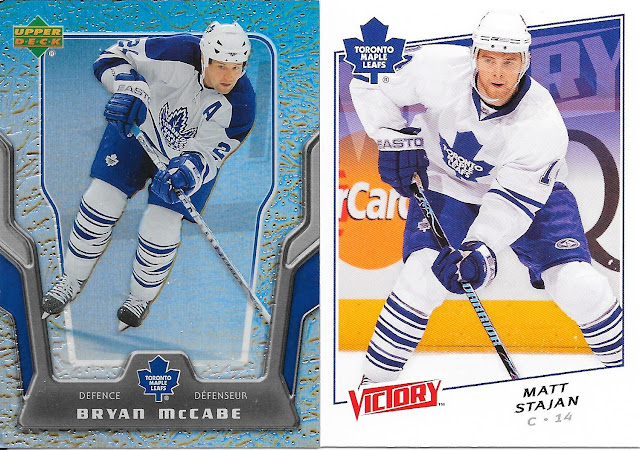 Though I had one of the McCabe McDonalds card, the Stajan is new. Glad to get a second McCabe though since I hope to complete this set, and would want a second for the Leaf collection as well. 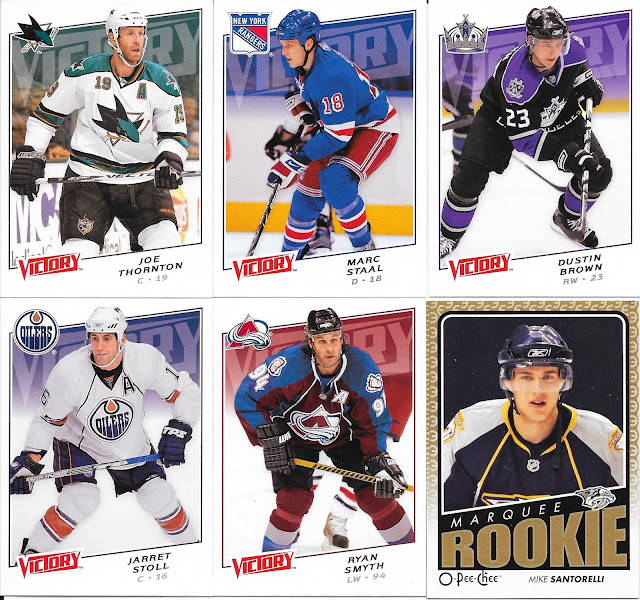 A slew of 2008-09 Upper Deck Victory which is nice. Joe Thornton -sans the amazing and impressive post season beard he can grow, seemingly at a moments notice. As for the Marquee Rookie, Santorelli has been able to stay in the NHL, but has bumped around to a number of teams - including a brief half stint with Toronto. 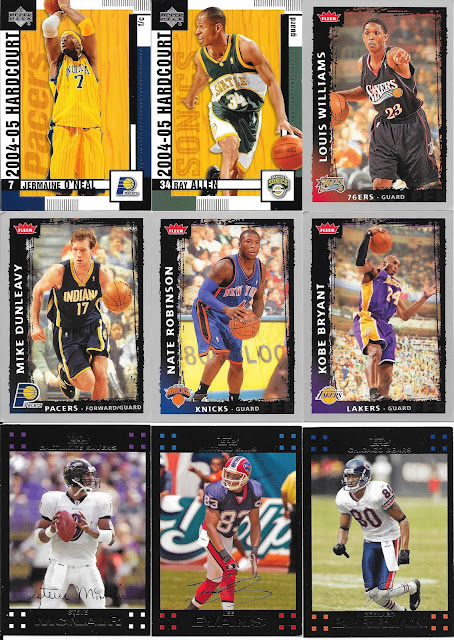 Nice to see a couple more 2004-05 Hardcourt since it has been a while, but I like to Kobe - a great facial expression.